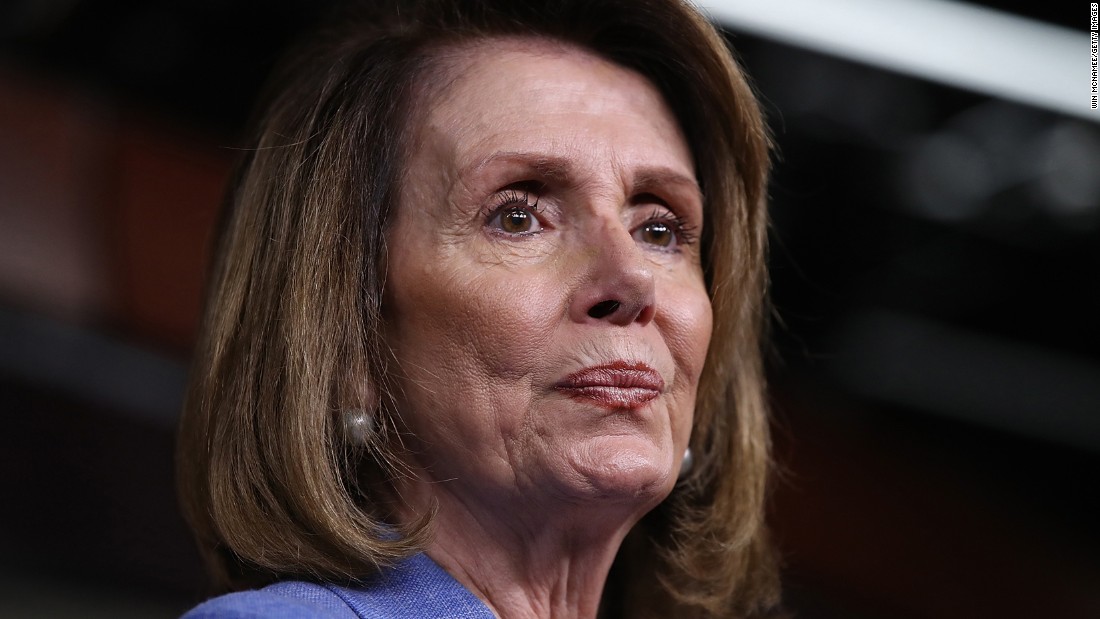 (CNN)In the wake of Jon Ossoff’s special election loss a week ago, calls began, again, within some corners of the Democratic caucus that it was time for Nancy Pelosi to step aside as the highest ranking House Democrat.

And, there’s a real argument — I’ve made it before! — that the Democratic party needs Pelosi to step off the stage in order for a next generation of leaders to emerge. (Pelosi is 77 years old.)
But anyone who thinks Pelosi can be knocked out of leadership just doesn’t know much about how House Democrats work — and how strong Pelosi, still, is.
First, there is the fact that Pelosi has zero plans to leave. “I’m a master legislator, I’m experienced in terms of knowing institutional memory of the Congress,” she said Monday on CBS’ morning show. “If Hillary Clinton had won, I might have gone home. But with Donald Trump in the White House, with a Republican majority in both houses, no way.”
Then there is this: You don’t beat something with nothing.
For all the chatter about the need for Democrats to rethink their top leadership following the Ossoff loss, there’s no one in their ranks who could come anywhere near winning a majority of Democratic caucus votes against Pelosi.
Consider the last two challenges to Pelosi. In 2010, after Democrats lost 63 seats and control of the House, Rep. Heath Shuler of North Carolina challenged Pelosi. He got 43 votes. Six years later, Ohio Rep. Tim Ryan challenged Pelosi; he got 63 votes to her 134.
There are a few reasons for this.

She is, aside from Hillary Clinton and Barack Obama, is the best fundraiser in the history of the Democratic party. And it’s not even close. Since Pelosi got into Democratic leadership in 2002, she has raised almost $568 million for the party and its candidates — including $141.5 million in the last election alone, according to figures provided by her office. That’s a stunning amount of money. There’s no one else among House Democrats who could come close to touching that number. And all those fundraising dollars buy her a whole lot of good will among her colleagues.

The drastic losses suffered by House Democrats in the 2010 and 2014 elections had the seemingly contradictory effect of helping Pelosi. Why? Because the parts of the Democratic herd that were thinned were largely the moderate and conservative members. The Democrats that remained were the most liberal bloc, those representing districts where it is almost impossible for them to lose. Those liberals have always been Pelosi’s base of support within the Democratic caucus. And their voices got much more influential even as the Democratic party was being decimated nationally.

Five years ago, there were a handful of aspiring Democrats in the House seen as the party’s next generation of leaders. Now, almost all are gone or significantly weakened. Chris Van Hollen is in the Senate. Debbie Wasserman Schultz is badly damaged after a stint as the chair of the Democratic National Committee. Xavier Becerra returned to California to be the state’s attorney general. People like Seth Moulton of Massachusetts or Kathleen Rice of New York, who have been two of the loudest voices against Pelosi of late, are too junior in the chamber to put up a serious fight. Then there is the fact that Pelosi — whether by design or helpful accident — is surrounded by a current crop of leaders that are just as old as she is. House Democrats’ #2 — Steny Hoyer of Maryland — is 78. The number three ranking Democrat, Jim Clyburn of South Carolina, is 76.
Bookmark this piece. Every time you hear chatter about a “serious” effort to oust Pelosi, pull it up. Unless and until the three points above change — and I don’t see how, in the near term, they will — there is no way anyone is beating her.
Pelosi is now virtually guaranteed to go out on her own terms — whatever and whenever she decides those will be.
Correction: This post misidentified Rep. Kathleen Rice. She represents a district in New York.