Having a baby is life-changing, but the lasting impacts of childbirth are particularly surprising, from altered shoe sizes, shifting teeth and night sweats to flobbily boobs and better sex 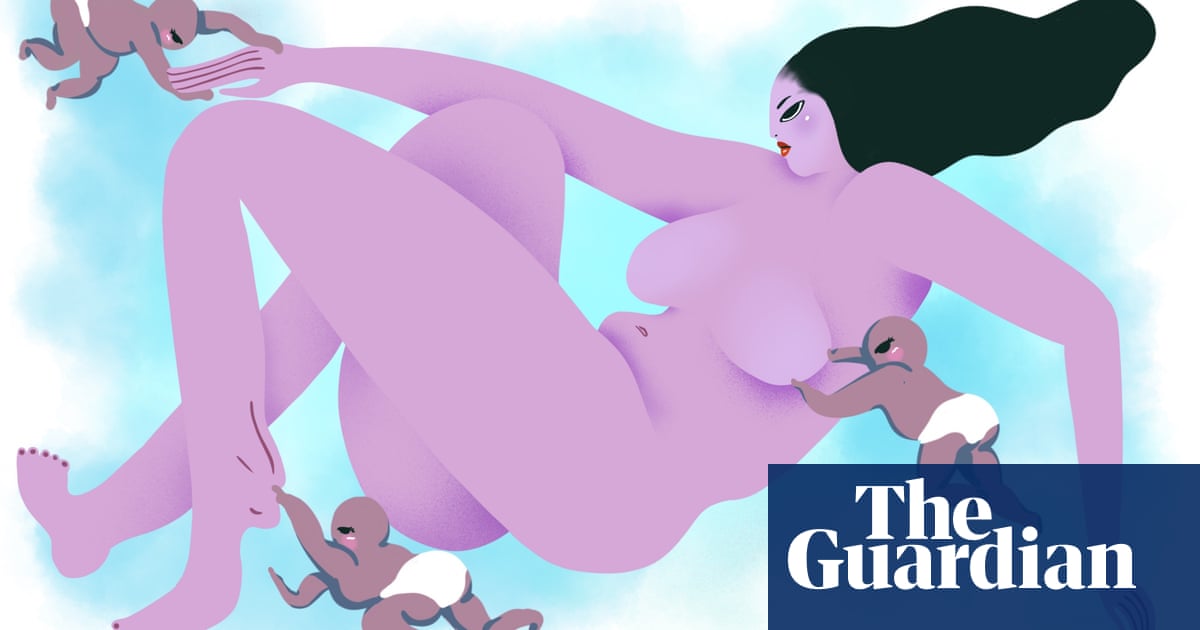 Out of all the strange side-effects I expected to experience after birth, I didn’t imagine I would have issues with my teeth. One theory is that relaxin, a hormone released during pregnancy to relax the ligaments in the pelvis and to soften and widen the cervix, may cause your teeth to shift. They had felt a bit strange after my son’s birth five years ago. After I had my daughter earlier this year, they moved so much that I now need braces. I know it is not the worst thing in the world, but it is annoying – my teeth were pretty straight before.
Sofiah Docrat, 34, Johannesburg

During pregnancy, my body didn’t change much because of the amount of exercise I do. I am a Bollywood dance teacher, and right up until I gave birth to my son six months ago, I was still teaching seven classes a week. I think this also helped me with the birth and postpartum period – I didn’t suffer with any pelvic floor damage and only a little incontinence.

In terms of my feelings towards my appearance, I am more confident in some ways: I stopped wearing makeup every day when I was pregnant because I just didn’t have the time, but it has stuck. The one big physical change I did endure was with my vagina. Because my son was a big baby, I tore and had to be stitched up. When my partner and I first had sex afterwards, it felt like I was having sex for the first time. In that respect, I had to get to know my body again.
Polly Casson, 39, Barcelona

You can read all the pregnancy and postpartum guides in the world and there will still be some things you won’t know about until you have a baby. Before my two children were born, I suffered severely with hayfever and was allergic to cats and dogs. After my first child, my allergies disappeared. I stopped taking antihistamines and now I live in a house full of pets.
Diane Newton, 54, Vancouver

Motherhood made me sweat

I had no idea that post-birth sweats were a thing, but after having my son I had them every night for at least a month. It got so bad that we had to replace our sodden mattress. We only felt it was safe to do so when he was four months old.

My son, who is now two and a half, was born only seven months into my pregnancy, so my belly never got to the ready-to-pop stage. But the scar from the caesarean still tingles from time to time and I can’t wear jeans without it feeling odd. Like many women, my boobs swelled during pregnancy and didn’t settle for a long time because I was pumping breast milk for two months. Contrary to the whole feet-swelling thing, mine shrank from a size 6 to a 5.
Anonymous

My hands grew – and worse

I had an easy ride during pregnancy – there was no morning sickness, swelling or any of the other usual ailments. But birth broke me.

Immediately after my son was born, I was whisked off for surgery for internal tearing. The long-term result of this has been pelvic floor prolapses [where organs can slip down into the vagina] that are so severe, I can’t have any more children. I have also had to reduce my working hours because of the discomfort I feel by the end of the day when my bladder and colon are no longer where they should be. I can’t live like I used to – I can’t dance, jump, run or even walk far – and I am not the physically active parent I want to be.

I have stretch marks, larger feet and strangely larger hands as a result of carrying a child, but these pale into insignificance compared with the physical damage it caused. Thankfully, I have a lovely son whom I love very much, but in darker moments I do sometimes ponder whether the resulting disability was worth it.
Sara, 36, London

The changes have been positive

I had a C-section, but luckily the scar has healed well. The things I’ve been most surprised by are the positive effects that having a child has had on my body. Penetrative sex is now much more enjoyable, as, post-birth, my vagina is more open and sensitive. And I was pleasantly surprised by how nice breastfeeding felt once my nipples had stopped feeling so sore. It is so physically satisfying – there is this huge sense of relief and warmth when you’re feeding your baby.
Anonymous

The worst may be yet to come

Beyond the lack of abdominal strength that no amount of pilates will ever alter, my body has changed in many ways since having my children, now three and five.

For years after having my second child, my wrists were so weak that even pushing the children on the swings was excruciatingly painful – a result of hypermobility and the relaxing of my tendons during pregnancy. I experienced prolapse, too, although this condition has improved.

The biggest shock has been developing adenomyosis, a condition where the inner lining of the uterus grows into the uterine wall. It can cause menstrual cramps, pressure in the lower abdominals and bloating before periods – as well as heavy bleeding during them. It is very painful, and I can look six months pregnant a few days before my period is due. The scariest thing about it is that every medical professional I’ve spoken to has suggested there’ll be more issues to come post-menopause. Right now, I’m too afraid to ask about it.
Bridget Swarbreck, 37, Perth, Australia

I had caesareans with both of my children, so there was no physical damage to my vagina. But, mentally, the experience of pregnancy and birth made sex an unpleasant chore. It felt as if everything that I had ever enjoyed about it had been erased from my memory. It came as a real shock and I had no idea if my ability to feel pleasure would come back.

It took months of patience to learn how to have sex again after I gave birth to my first child. With the second, I felt the same, but was much less fearful because I knew that my libido would return, even if it was two years down the line.
Anonymous

I didn’t have to shave my legs

I have two sons, who are now eight and 11. During both pregnancies I experienced some odd, but quite positive, side-effects. My sense of smell, which is usually rubbish, improved considerably. My hair also stopped growing and I didn’t have to shave my armpits or legs for nine months.

It was after the births that the really strange things happened to my body. My shoe size increased, my boobs shrank to much smaller than they were pre-children and my straight hair became curly.

I soiled myself quite a lot in the first year after my first son was born. According to an obstetrician, this was because of the “over-enthusiastic” use of forceps during his delivery, but I “cured” myself of this by doing a lot of running. Passing urine, however, still feels as if I have two bladders. I do a wee, I wait five minutes, I do another wee. Despite the fact that I do lots of cardio, my abdominal muscles have never entirely re-knitted. Occasionally, I can feel between the two sets of muscles.
Sarah Savage, 47, London

I was forced to manage my diet

I’m not the youngest of mums and, because of that there was a long list of potential concerns running through my head when I discovered I was pregnant. In the end, though, my age wasn’t an issue – my weight was.

At my first visit with the midwife, my BMI was 30. I didn’t think too much about it at the time, being pregnant and all. But after reading an article about gestational diabetes – which can occur when you have too much glucose in your blood during pregnancy and has been associated with stillbirth – I discovered that I could be at risk.

A screening test at my GP came back as positive and I had to overhaul my diet, cutting out cereal, bread, potatoes and pasta. Doing this during pregnancy was very difficult, but keeping my baby safe was incredibly powerful motivation and I managed to remain diet-controlled for the final 10 weeks.

Now, I’m at risk of developing diabetes in the future and have had to incorporate some of the lifestyle changes I made into motherhood.
Barbara Compitus, 44, Wales

It left me with ‘flobbily’ boobs

The weight of carrying two babies (now 11 and 15) has realigned my hips, and thus my knees, over my already flat feet – something which has taken years to resolve through physiotherapy and podiatry. My stomach is still slightly bifurcated with semi-circular stretch marks and when my son was a baby, he called my boobs “flobbily”, which I think is a rather apt description. Despite this, I believe that having a baby is the most miraculous thing in the world.

Just a few hours after giving birth to my daughter, my stomach began to contract. Oblivious to the marvels of the female body, I asked the midwife what was happening, and she told me it was clearing out the uterus. Women’s bodies are hugely under-appreciated for just how extraordinary they are. Women should know they are amazing. I tell my children that regularly.
Caitlin Wallis, 47, East Anglia