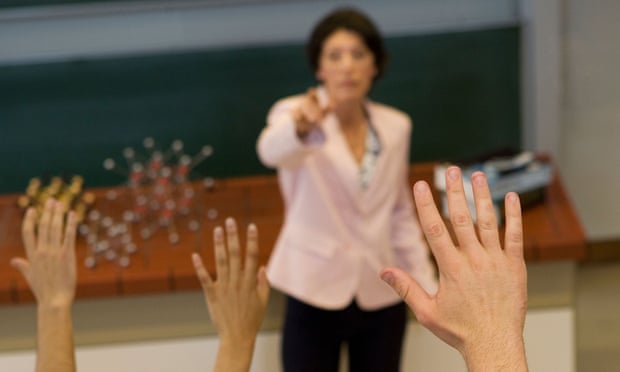 As I attained my way to my office at 7.30 am last Thursday, I noticed an A4 poster stuck to the lift door. Then I noticed one on the wall. And one on the notice board. Then one on my classroom door. In fact, the latter are tacked to nearly every available surface along the corridor. And they all bear the same statement: All Im asking for is a little respect seeing as I pay you APS9, 000 a year .

I still dont know what prompted this flyer campaign rumour has it that its linked to a group of students who were denied assignment extensions but I could not help but become annoyed at the blunt, consumerist language.

I started to think about the ways that my students act and speak, and the way I acted and spoke during my period at university. I will admit that I didnt do all of the readings, and yes, I may have missed got a couple of lecturings throughout the year, but I completed all assignments, followed the guidelines presented to me and understood the consequences of disengagement, without expecting my lecturers to chase after me like I was back in school. I wish I could say the same for my students.

As I strolled through the car park with a colleague at the end of the day, we discussed the unrest that the posters had caused: If you ask me, he told, all universities are going to need a customer services department before long. And there it was, plain and simple, the questions that I hadnt been able to articulate: these young people werent behaving like university students, the latter are behaving like customers.

Later, I spoke to a colleague from a university I used to work at he had experienced the same thing. They seem to think they are buying a degree, rather than working for it, he told. Learning has changed, we realised, from an intellectual accomplishment to a commodity.

We compared notes. He dedicated an account of a student who had requested a tutorial at 8p m, because its term of office hours of 9-11am were not convenient and because he had missed two hours of lecturings at the start of word due to illness, he was effectively in debt to her. This young woman had calculated that my colleagues absence had cost her APS1 60 worth of learning and decided that the recuperation of this time should take place when it suited her most.

I recalled the student who told me he was disappointed with his low grade because he had paid so much fund. My colleague topped it: when one of his students was asked to leave a seminar for not completing the read, they retorted: I pay you to teach me whats in the article , not the other way around.

Last week I sent out the first round of grades for a module and had 12 emails of objection within an hour. One including with regard to stood out for its misunderstanding of what it means to be a intellectual. The student said the grade must be incorrect because he had turned up to all the lecturings as if simply regurgitating what I had taught him deserved a 70+ grade.

As I attempted to formulate a diplomatic, polite and supportive reply, I meditated a few things. When did it become an expectation that turning up to lecturings is worthy of reward in itself? Moreover, when I was studying would I have ever had the balls to contact my lecturers and not only question their ability to grade my work appropriately but imply that my low grade was their defect?

I find that as the year progresses, my students become increasingly reluctant to engage in any academic behaviour that does not impact directly on their assigning grade. That is, after all, what they are paying for. And so I am not regarded as an academic. I am not an expert in my field, medical practitioners with 10 years worth of industry knowledge. I am a service provider.

I wish Id had the gusto to reply to those posters. Hey student all Im asking for is a little respect, seeing as how much you pay builds no change to my wages, yet the level of support I am forced to offer you takes up 80% of my period in spite of the fact that teaching still only equates to 33% of my workload. But Ill be in the office until 9pm anyway because if I dont publish two newspapers by the end of the year, Ill be fired.

Good job I believed better of it.

Join the higher education network for more comment, analysis and job opportunities, direct to your inbox. Follow us on Twitter @gdnhighered. Email article pitches to us at highereducationnetwork @guardian. co.uk

Why I’m suing over my dream internship