In a moving series of sketches, Ghaith Abdul-Ahad captures gruelling journeys blighted by poverty and exploitation 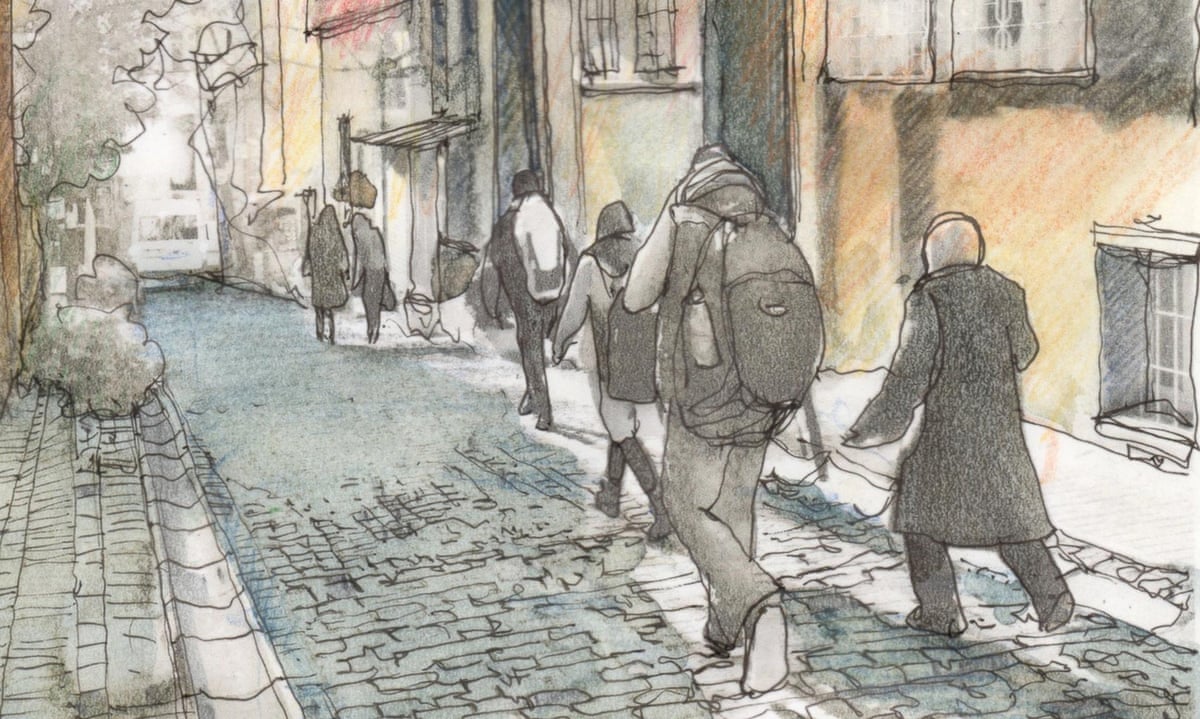 Last summer, the Turkish port city of Izmir became the springboard for hundreds of thousands of refugees hoping to reach Greece. They came looking for smugglers to take them to sea and lifejackets to keep them alive. Every third shop on Fevzi Pasha Boulevard, a wide shopping street that led to the smugglers quarter, was happy to oblige.

Original Yamaha, shopkeepers would shout to passing refugees. Come in and try one. Some shoe-sellers and tailors put their usual stock in the basements, and started selling crudely made lifejackets instead. Smugglers block-booked the rooms of nearby hotels for their clients. Greece lay just across the Aegean.