Im dizzy, angry and desperate but Im prepared to put my body on the line to force action to stop billions of deaths 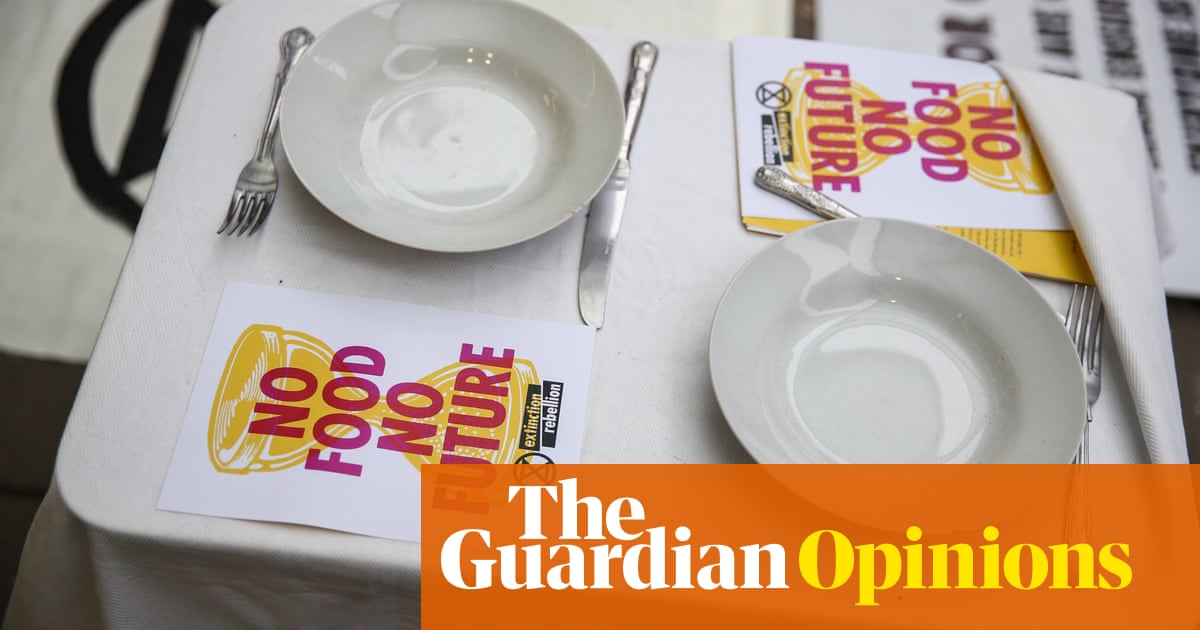 I desperately want to eat, but I would rather have a future. It’s day 10 of Extinction Rebellion’s global climate hunger strike and more than 500 people have ended their fasts. I am not ready to end mine. I am willing to starve to death, if that would help initiate real climate action, because I refuse to stand by and allow my nieces and nephews to live through a dark age of starvation, disease, and war. For the past week I’ve felt exhausted, dizzy, angry, and desperate. Now I mostly wake up sad that it has come to this. My parents tearfully urged me to stop, but how can I, when Intergovernmental Panel on Climate Change (IPCC) models estimate temperatures that would make the planet unlivable?

The Paris agreement pledged to prevent 2C of warming, a rise in temperature that will bring disasters all around the world, including the United States. Such disasters are already killing and displacing people, mostly in poor countries, who did little to create the crisis. Central America is experiencing its sixth straight year of drought. At 3-5C, global civilization would devolve into wars over precious resources. This must be prevented at all costs.

I have no money and no power over our government. I have only my body, so I will fast until Nancy Pelosi agrees to a one-hour on-camera meeting with Extinction Rebellion. She presents herself as an ally of climate justice. I hope she will show compassion for my suffering and the suffering of millions of others before my body, our society, and the planet pass the point of no return.

My sacrifice is meant to communicate the gravity of our situation and propel others into action. While I fantasize about scarfing down my famous cheesecake, there are too many lives on the line to give up now. A recent US army report says our military and national power grid could collapse by 2040. We will run out of food and our society would break down. At just 2C of warming, the tropics will have to be evacuated. Where will 40 million Central Americans go? Dr Hans Joachim Schellnhuber, a coordinating lead author of a key IPCC report, estimates the carrying capacity of a 5C planet at below 1 billion people. That means eight billion deaths. It’s impossible to capture that horror in words.

Activists have tried to protect us for decades – the Sierra Club, Greenpeace, indigenous peoples – but the influence of money in our government has easily overpowered them. In essence, they failed. In 2015, US fossil fuel subsidies totaled $649bn, more than the defense budget and nearly 10 times what Congress spent on education that year. My hope rests with the young people who know they’ve been betrayed and are refusing to accept their fate.

To prevent catastrophe, the solutions are simple: we need to reach net-zero emissions by 2025 and reduce atmospheric CO2 levels thereafter. Achieving this requires ambitious legislation. We need a massive movement of nonviolent civil disobedience to force our government into action. From the Suffragettes to the Freedom Riders to Gandhi’s Salt Marchers, non-violent civil disobedience has proved itself to be the most effective tactic for bringing about rapid social change.

Extinction Rebellion has adopted this principle, and some of us have escalated the action to a hunger strike because of our desperation. If governments refuse to act now, crop failure could plunge the world into hunger. “Climate emergency” is the Oxford Dictionary’s word of the year for 2019. We need to change our behavior, our society, and our laws, and make it the act of the year.

I desperately want to eat. I want to live a long life and have kids and a dog and grow old with my partner. I certainly don’t want to die at the age of 27, but I am willing to do what is necessary to advance action against this climate emergency. Speaker Pelosi, we are asking for one hour. Please meet with us. I would rather we all have a future.