Analysis: activity discovered by Mueller was not, as Trump and his allies falsely insist, standard stuff for a political campaign 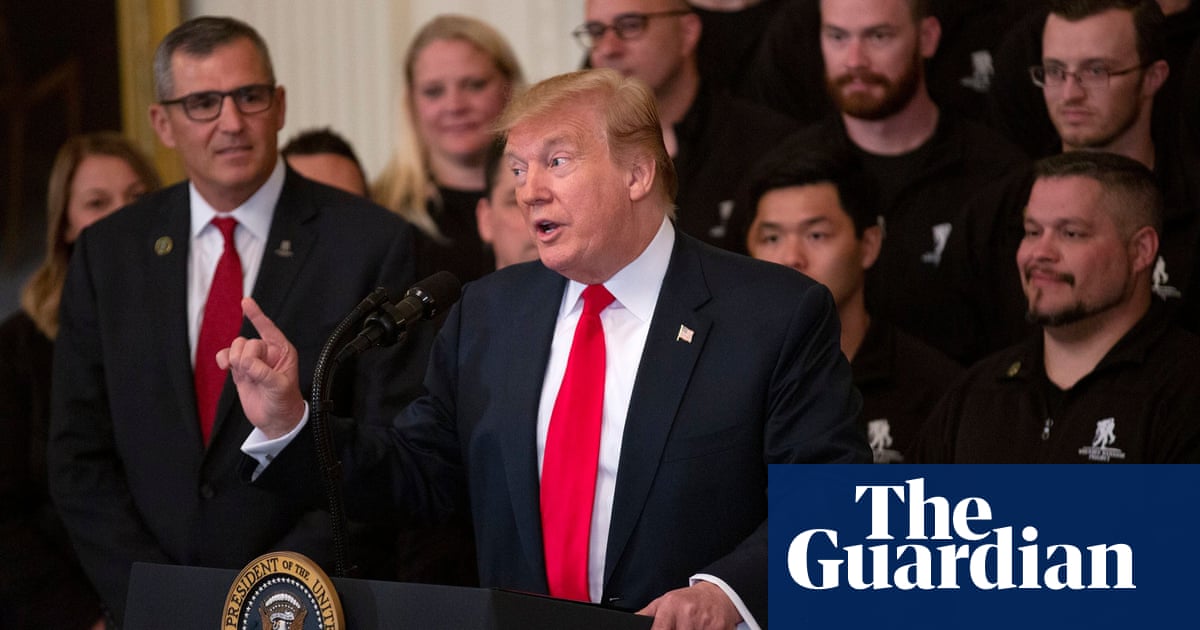 For all his bluster about being a master builder, Donald Trump really made his millions through branding. From chewy steaks to failing casinos, Trump has spent decades putting lucrative lipstick on pigs.

So when faced with a sprawling criminal investigation into how Russia worked to get him elected – and how he then repeatedly tried to obstruct the inquiry – the president devised a brutally effective public relations campaign.

During his two years under investigation by Robert Mueller, Trump repeated his newest slogan ad nauseum: “no collusion”. Some Americans seemed tricked into forgetting that conduct falling short of that bar could be seriously problematic, too.

Mueller’s 448-page report confirms that his investigators did not find any overarching conspiracy between Trump’s team and Russian operatives.

But it also lays out, in damning detail, how senior Trump advisers acquiesced with Russia’s interference, while Trump simultaneously sought the Kremlin’s approval for a property deal in Moscow that could make him millions of dollars.

Then, Trump tried time and again to influence the investigation that he thought could end his presidency – once ordering his top White House lawyer to fire Mueller, and then ordering him to deny that he ever gave such an order. Trump submitted written answers to questions, but refused to be interviewed for the inquiry.

Any other president in America’s history would have had to resign or now face being ousted.

But no past president has so frequently denied reality, nor seemed so unfamiliar with the very concept of shame. Neither, perhaps, has any past president enjoyed the support of such a compliant Senate, which is Republican-held, and willing to excuse his every scandal in the service of their agenda.

The activity discovered by Mueller was not, as Trump and his allies falsely insist, standard stuff for a rough-and-tumble political campaign.

In September 2000, Vice-President Al Gore’s presidential campaign received a video tape of George W Bush’s private practice sessions for their upcoming televised debates. It was political dynamite that could feasibly swing an election.

Gore’s team promptly called in federal investigators. The only adviser who had watched a few seconds of the footage removed himself from the rest of the campaign. The election, as you may recall, was not swung.

But when Donald Trump Jr received an email 16 years later, offering dirt on Hillary Clinton as “part of Russia and its government’s support” for his father’s presidential candidacy, he did not even ask “WTF”, let alone contact the FBI.

“If it’s what you say I love it,” Trump Jr replied instead. He forwarded the message to two more senior Trump aides. Then they invited the Russians into their campaign headquarters and lied about the meeting’s purpose when it was exposed.

Mueller confirmed on Thursday that he considered prosecuting Trump Jr for taking the meeting but ultimately declined. Among other factors, Mueller explained, he would have had a difficult task proving that Donald Jr had a “culpable mental state”.

Yet with a brass neck shinier than the interior of his father’s home, Trump Jr on Thursday could not contain his joy at getting away with it. “Better luck next hoax,” he said to his critics. We won. Tough luck. Get over it.

Weeks after the Trump Tower meeting, Trump’s campaign chairman, Paul Manafort, shared reams of detailed polling data with a Russian believed by the FBI to have ties to Moscow’s intelligence services.

Manafort understood the data would go to Oleg Deripaska, an oligarch closely tied to Russia’s president, Vladimir Putin. When grilled by Mueller’s investigators on the scheme, Manafort continued lying about it even as it sent him to prison for years.

Separately, a foreign policy adviser to Trump had boasted privately that Russia planned to release damaging material on Clinton in 2016. He, too, went to prison after lying to the FBI. Trump’s national security adviser, too, pleaded guilty and awaits sentence for lies about his own talks with Russians.

Yet all this is now blithely excused by Trump’s Republican allies in Congress, several of whom voted to impeach Bill Clinton over the Monica Lewinsky scandal – and his obstruction of justice by interfering in the investigation – 20 years ago.

Senator Lindsey Graham, a friend to Trump who served as one of the “prosecutors” of Clinton during the impeachment trial, now even hopes to reheat the inquiry into Hillary Clinton’s emails as the 2020 election campaign grows nearer.

Sounding less like the nation’s chief law enforcement officer and more like the Trump Organization’s chief branding officer, Barr gave a masterclass in spin with a speech at the justice department given before the report was even available to read.

As Trump had said “from the beginning”, the attorney general said in a soundbite ready for the evening news bulletins, “there was in fact no collusion.”