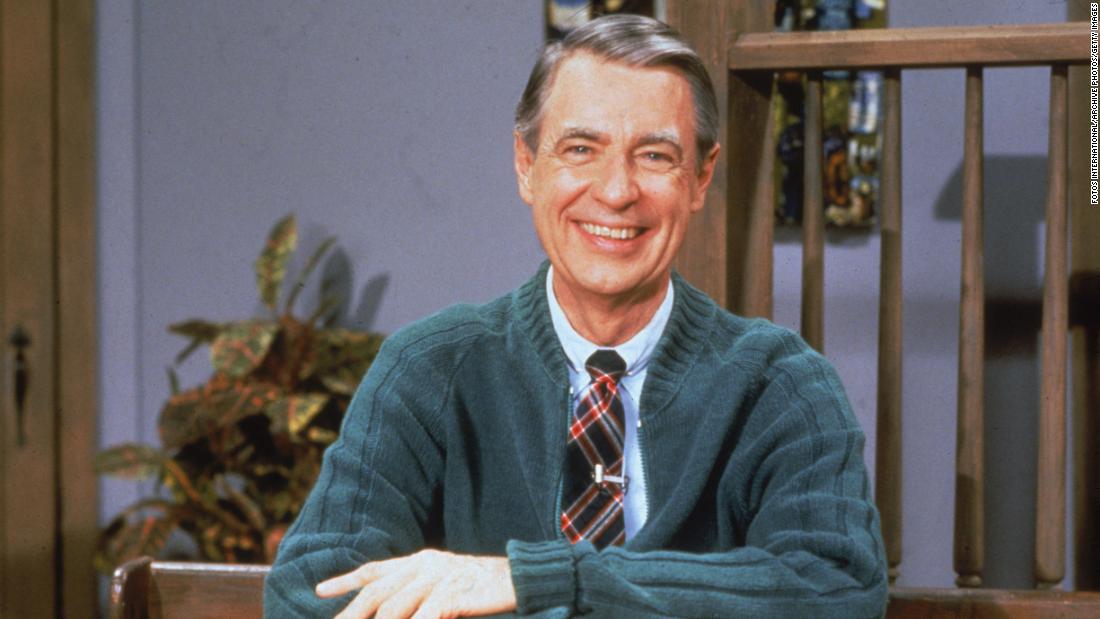 (CNN)Before he broadcast each episode of “Mr. Rogers’ Neighborhood” to millions of children, Fred Rogers would recite a short prayer.

The “thine,” of course, refers to God, and the prayer was one of many ways Rogers’ faith became an integral part of his long-running and groundbreaking television show.
He was, in a way, a televangelist to toddlers.
Before you click away or cancel your subscription to PBS, let me explain.
It’s not that Rogers, the subject of a new biopic starring Tom Hanks, coaxed kids to donate their hard-earned allowances so that he could buy a private jet. Rogers rarely wore religion on his cardigan sleeves. 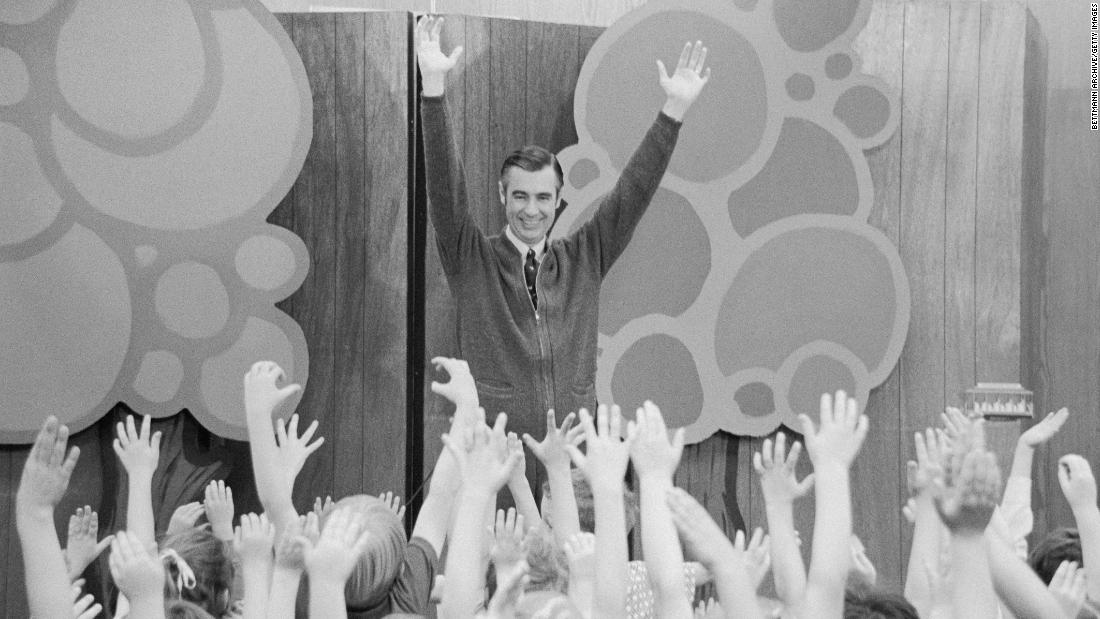 But consider these facts:
Rogers was ordained a Presbyterian pastor whose vocation was to minister to children through the airwaves, and he kept up his ordination, appearing before church elders to renew it through the years. He once said his ministry was the “broadcasting of grace throughout the land.”
Rogers also called the space between the viewer and the television set “holy ground” and said the central message of “Mr. Rogers’ Neighborhood” — that you are loved just the way you are — was based on God’s concern for all creation, a core tenet of Christianity.
Because he wanted to keep his show inclusive, Rogers seldom spoke about his faith on air. He believed that teaching through example could be just as powerful as preaching.
“You don’t need to speak overtly about religion in order to get a message across,” Rogers once said. 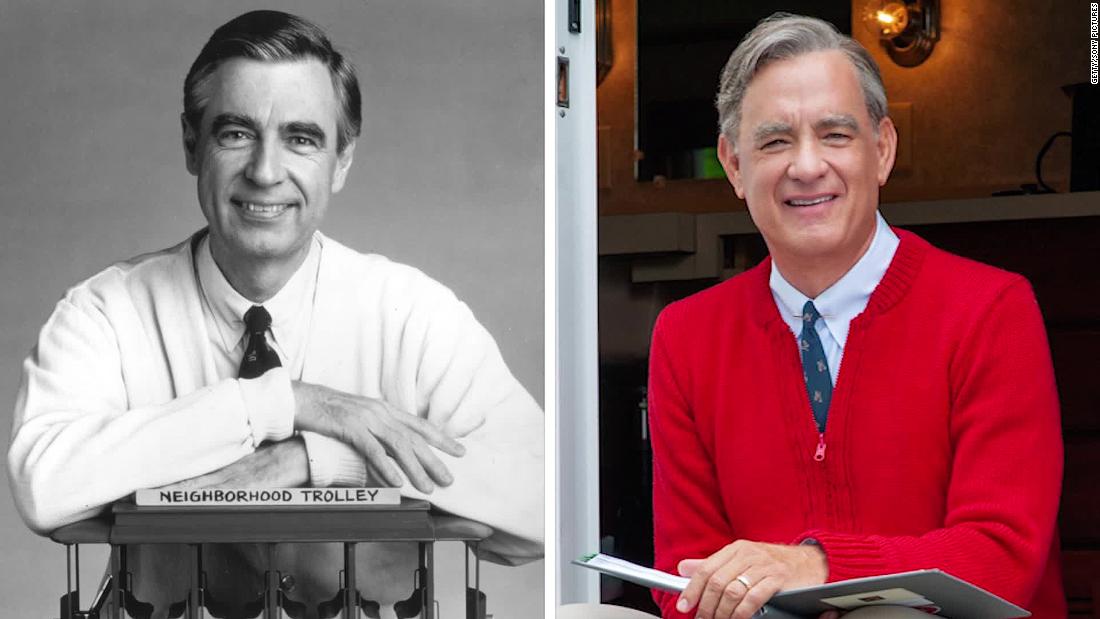 You can read about Rogers’ spirituality and how it influenced his television ministry in Shea Tuttle’s new book, “Exactly as You Are: The Life and Faith of Mister Rogers.”
Tuttle, a writer who holds a masters in divinity from Emory University, spoke to CNN this week about Rogers’ religion, why he wasn’t always a perfect person, and his haunting last words. This interview has been lightly edited for length and clarity.

After reading your book I realized how much religion was part of “Mr. Rogers’ Neighborhood.” Is it crazy to think that Fred Rogers was a televangelist to toddlers?

Oh, I don’t think there’s any doubt about that. He probably would have cringed away from that kind of title, but that is totally what he was doing. He was telling people that they are loved and I am confident that that was at the heart of his theology, that God loves us just the way we are. So if you look at the true meaning of evangelism, sharing the good news of the Gospel, he was trying to offer the good news all the time. 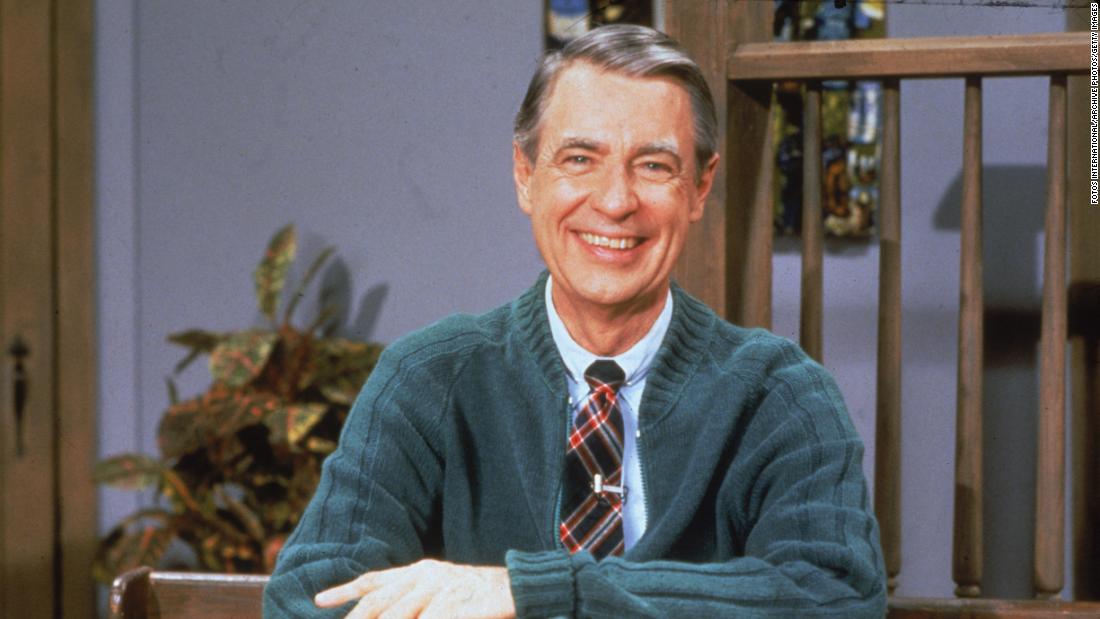 How important was religion to Fred Rogers?

He said it was as fundamental to him as DNA, and that’s a pretty apt metaphor as I understand him. Faith was so much a part of who he was, it’s almost like it wasn’t something of his choosing, it was part of his makeup. Faith affected him in every moment, and beyond this he had an awareness of being tapped into the deeper mysteries of the universe.

He called the space between the viewer and the TV set “holy ground,” which was interesting for someone who works at a cable news network to read. What did he mean by that?

He saw the potential in every human encounter for something holy to happen, and he saw that as the work of the Holy Spirit. He often told a story about going to hear a famous preacher, but a substitute was there instead, and Rogers didn’t think the sermon was very good. But the person he was sitting next to said it had been just what she needed to hear. He realized in that moment that he could trust that if he was offering his television show in good faith, then whatever shortcomings he had, the Holy Spirit would do the work necessary so that people could receive the grace they needed. 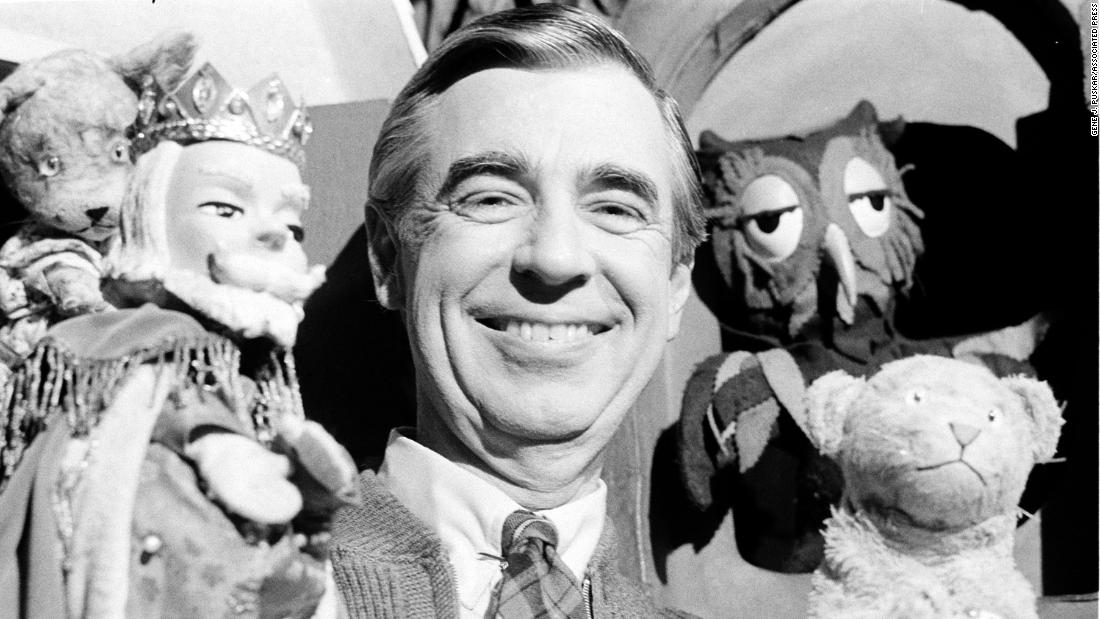 Rogers also said the message of his show was “very theological.”

It’s not like he had a covert theological mission, but religion was so much a part of who he was that it was always there. The way he thought about the feelings of children and his working to be very present with them and look straight into the camera in that intimate way was connected for him with the Incarnation, God coming alongside humanity in the form of humanity. God became fully human and came alongside us. Inn some ways, that was similar to Fred’s goal: to experience things with children through their own lens.

As good as he was, Roger was not a perfect person, as you write. What were some ways in which his humanity, rather than his secular sainthood, were evident?

It’s pretty important that he wasn’t perfect. He was extraordinarily good in many ways but he could be clueless about some of his privilege. He was born with a lot of power and money and he was sometimes aware of that and sometimes less so. The people working for him, for example, were performing artists and didn’t make a ton of money and instead of giving them bonuses at Christmas he would make a charitable donation in their name, when some of them could have really used the money. He could also be pretty controlling about how things on the “Neighborhood” should be, and some of that came from having a clear creative vision. But I think he struggled with anger and conflict. 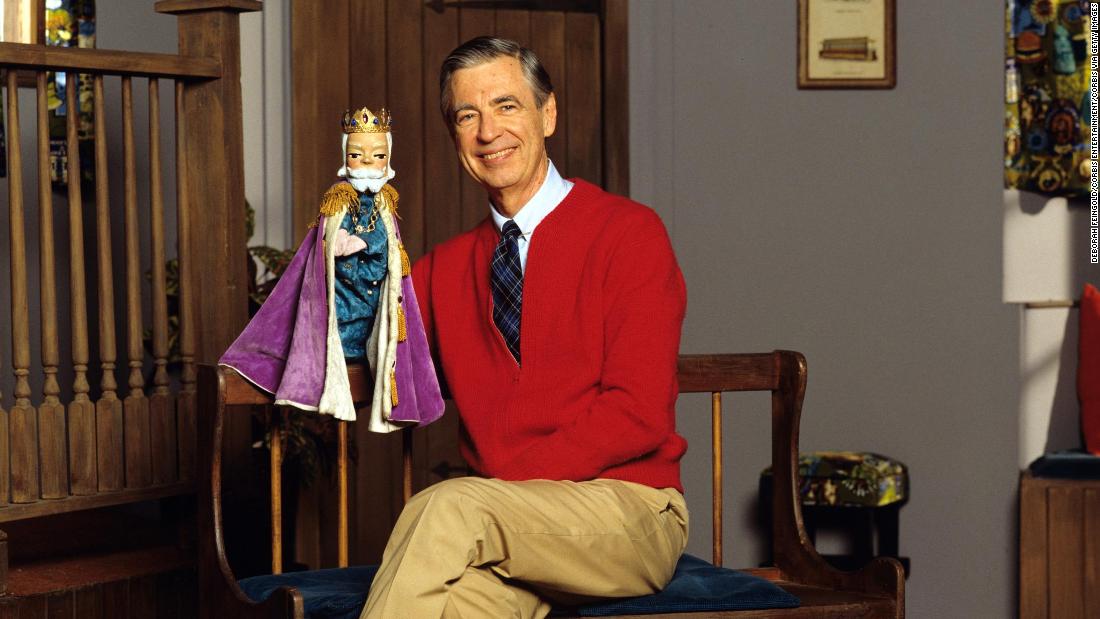 His last words are pretty haunting. He asked his wife if he was a “sheep,” referring to the Last Judgment in the Bible, when Jesus separates the good sheep from the bad goats. If Fred Rogers questioned his sheepyness, what hope do the rest of us have?

I had the same takeaway the first time I heard that. “Oh my God, if Fred Rogers had a moment at the end of his life when he wasn’t sure, after spending 30 years saying that you are loved just the way you are…” t’s an incredibly,vulnerable moment, and it is haunting. 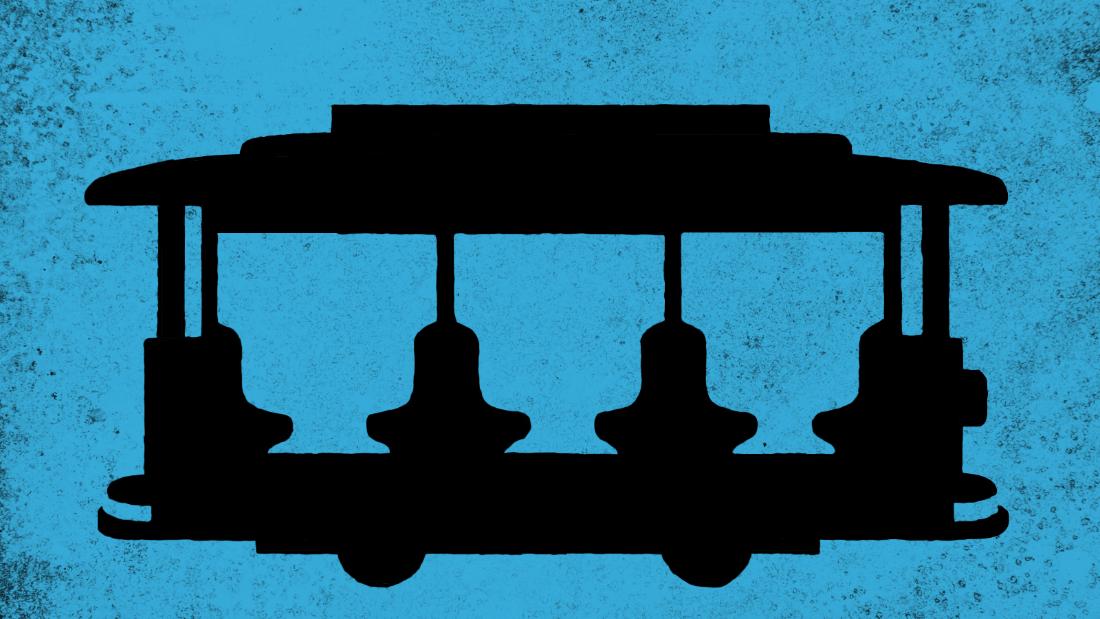 But I also love it because it makes him so real. I find it moving and really relatable that even the things we are most committed to proclaiming we can still have doubts about. It helped me combat the idea that he was this perfect, saintly person.