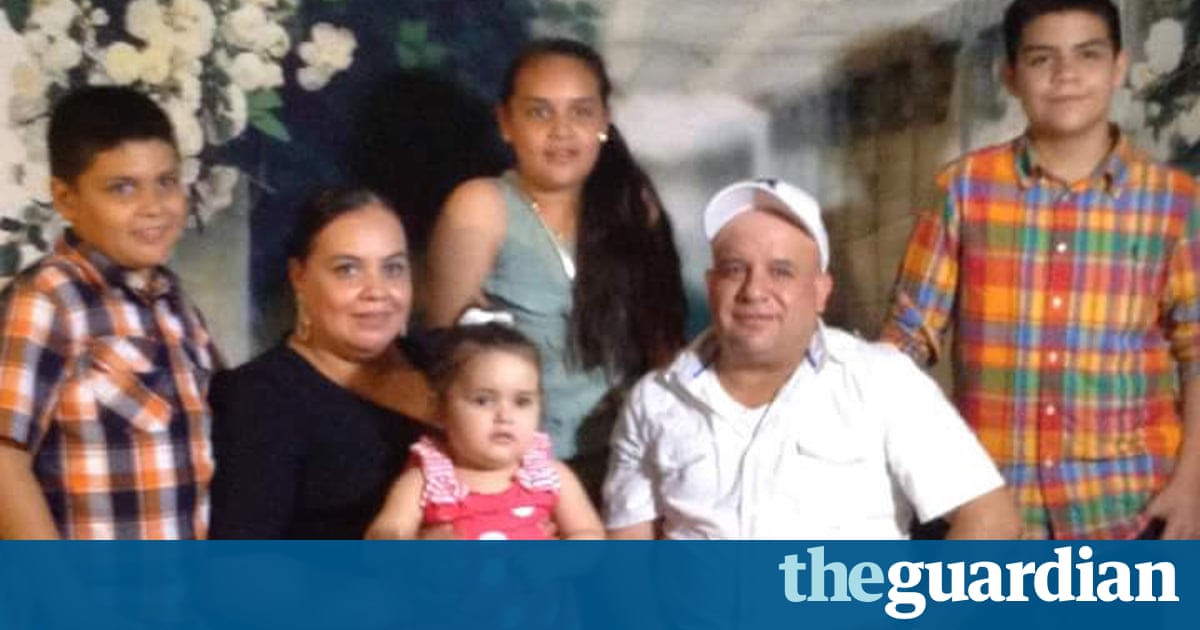 The mother of four American children, the youngest of whom is three years old, has been picked up by federal agents at her home in Fairfield, Ohio, and taken into detention ahead of imminent deportation back to her native Mexico.

Maribel Trujillo has been told that her deportation is set for next Tuesday from the US, where she has lived for the past 15 years. Her rushed removal is one of the starkest examples yet of Donald Trumps push to catch and deport undocumented immigrants who previously were tolerated by the authorities as law-abiding and peaceful members of society.

Though early figures suggest that Trump has not yet increased deportation numbers substantially over the levels sustained by Barack Obama, there is considerable anecdotal evidence that Immigration and Customs Enforcement (Ice) agents are more willing to pick up individuals without a record of major crime.

People who were until recently regarded as of such low priority that it would inflict more harm than good on communities to wrench them from their families are now finding themselves in the deportation pipeline.

Trujillo falls firmly into that category. Ice has indicated that she is a priority for removal even though she has no criminal record and last year was granted government permission to work in a local candy factory.

Deportation would present Trujillo with a Sophies choice: either she abandons her four US-born, American-citizen children aged three, 10, 12 and 14 leaving them to grow up without a mother, or she takes them back to Mexico to an uncertain and potentially perilous future. The children have never set foot outside the US.

In an interview with the Guardian conducted before she was detained, she said she was finding the decision extremely painful.

I dont understand the reason to separate my family. I have no criminal record, Im here working to support my family, so that my kids can study and have a better life for themselves. Why does President Trump want to divide my family and make me leave my kids behind what are they going to do without their mama?

On the campaign trail last year, Trump vowed to round up and deport all 11 million undocumented immigrants living in the US. Since entering the White House, he has softened that threat, focusing his efforts on removing only the most serious criminals murderers, rapists and other violent criminals, gang members and drug dealers.

Were actually taking people that are criminals very, very hardened criminals in some cases with a tremendous track record of abuse and problems and were getting them out, the president said in February.

Immigration lawyers report that there has been a notable shift in the willingness of Ice agents to pick up individuals who were regarded by the previous administration as of such low priority that it would inflict more harm than good on communities to wrench them from their families.

Trujillo, 42, is a clear example of the change. She was put into deportation proceedings in 2014, but with no criminal history she was essentially left alone by Ice under the Obama administration and only expected to check in with officials once a month.

But in February the stakes were raised dramatically. In the course of one of those routine check-ins she was ordered to wear a GPS tracking device around her ankle and warned she was a target for deportation.

When her lawyer asked why, an Ice agent grew angry and said to them both: I dont know if you are aware, but we have a new president, things are different now.

On Wednesday she was unexpectedly arrested by Ice officials outside her home and taken to the main immigration detention center in south-west Ohio, Butler County jail. She has been told that her removal is imminent.

Trujillos lawyer Kathleen Kersh, a staff attorney with the Ohio-based Advocates for Basic Legal Equality, said that Ices actions came as a shock. Maribel doesnt present a threat to public safety, she has lived here peacefully since 2002 with no criminal record. All these efforts to detain and remove her draw a big question mark over Trumps immigration strategy this is not making America safer, its leaving four American kids without their mom.

Jeanne Atkinson, executive director of the Catholic Legal Immigration Network, Clinic, which is also involved in Trujillos case, said she was appalled by her treatment. This is not the kind of targeted removal of criminals that the administration says it is doing. Maribel is the opposite of a flight risk or a danger to society, she is a vital part of her community.

A spokesman for Ice told the Guardian that Trujillos case had been reviewed several times by the courts and she was found to have no legal basis to remain in the US. Asked about the dilemma her detention posed with her children, the spokesman said: For parents who are ordered removed, it is their decision whether or not to relocate their children with them.

In addition to being the familys main breadwinner, as a result of her husband Gustavos health problems, Trujillo also cares for two of her children with special medical needs: Gustavo, 10, who has a form of pre-diabetes, and the youngest, Daniela, who has a history of seizures.

She told the Guardian that she could not conceive of leaving the children behind, though she also struggles with the idea of taking them with her to Michoacn, astate in central Mexico that she abandoned in 2002 in search of a better life.

In recent years, Michoacn has been convulsed with violence between drug cartels, vigilante gunmen, police and army, making it one of Mexicos most violent regions.

Eighteen months ago her father was kidnapped for ransom by the notorious Knights Templar drug cartel. Other family members have faced death threats, and Trujillo has an asylum application pending with the US authorities. The situation is so bad where I come from in Mexico I fear taking them with me, she said.

The children are also bemused by the idea of going to live in a country that they know scarcely anything about. The elder daughter Alexa, 12, lamented recently: Mami, I cant go to Mexico, I cant go to school there, I dont know how to speak Spanish properly, I have no friends.

Trujillo said she was puzzled by the approach of the Trump administration. Family is the nucleus of society, she said. President Trump tells us he has a big heart, so I ask him: If your heart is that big, then why are you doing this to us?