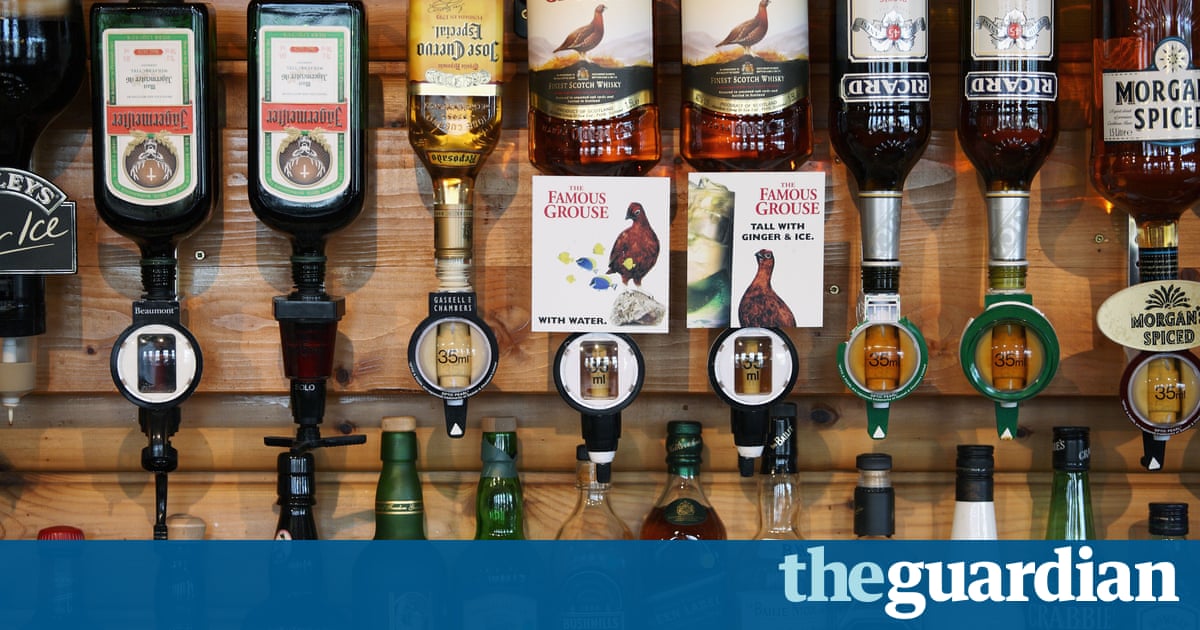 People in the UK and many other countries get more of their calories from alcohol than from sugary drinks like cola and lemonade, according to new data which suggests that tackling Britains drink problem may be more important for health than cracking down on sugar consumption.

Of 24 countries tracked by the data analysts Euromonitor International, all but one have higher daily calorie consumption from alcoholic drinks than sugary beverages. In the UK, adults are consuming more than 106 calories per head every day from alcoholic drinks, compared with 98 from sugar-sweetened drinks.

The highest calorie intake from alcohol is in South Korea, with nearly 168 calories a person each day and only 44 calories from sugary drinks. Also high are Poland, the Czech Republic, Finland and Germany while of the countries examined only the people of Taiwan get more calories from sweet drinks than alcohol. The US was not included.

Sugar has been targeted by health experts and obesity campaigners. A number of governments are introducing taxes on sugar-sweetened drinks which are recognised as a major cause of childhood obesity.

But little has been said or done about alcohol, which the new data suggests is more significant even than sugary drinks in obesity in adults. Most people are unaware that alcohol can make you gain weight, because unlike food the number of calories are not routinely marked on beer cans and bottles of wines and spirits. Yet a large glass of 13% wine contains 228 calories and a standard glass 160 calories. A pint of 4% beer is also around 160 calories.

In the UK, alcoholic drinks above 1.2% ABV are currently exempt from having to provide calorie information. This research demonstrates clearly that this exemption should now end, said Prof Sir Ian Gilmore, chair of the alcohol health alliance.

The public have the right to know what is in their drinks, so they can make informed choices about their consumption. These labels should make the public aware, for example, that a pint of standard-strength beer contains around 180 calories, about the same as a packet of crisps, and that a large glass of red wine contains around 200 calories, roughly equivalent to the calories found in a doughnut.

Euromonitors nutrition analyst, Sara Petersson, said this did not let sugar off the hook. It is very interesting because the whole reason why soft drinks are under attack is because they are liquid calories. We dont have a compensatory mechanism that says we should eat less after drinking them, she said. It works the same way with alcohol and if anything, not only does it have a worse health effect but it is an appetite stimulant which makes you eat more. That is not to take anything away from the need to reduce sugar. That is crucial because it is a very important source of weight gain.

But, she said, tackling alcohol consumption was also crucial to combatting obesity, which can lead to heart disease, type 2 diabetes and cancer, and was in danger of crippling health systems around the world.