Quito declared a state of emergency after 30,000 migrants escaping violence and a collapsing economy came the first week of August 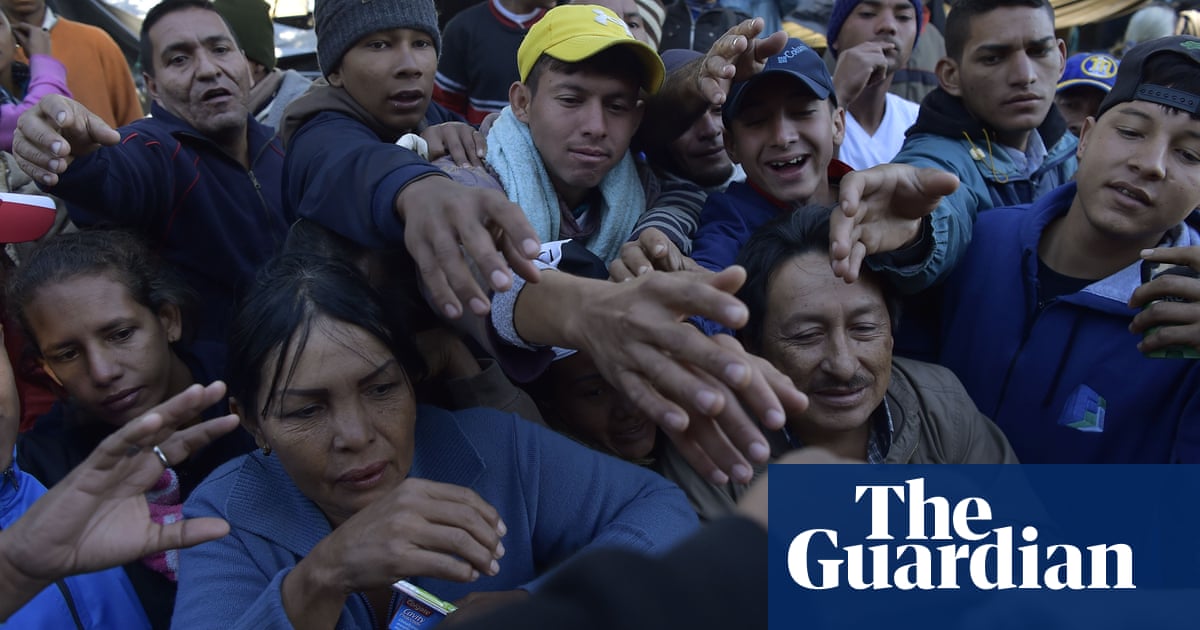 More than half a million Venezuelans have crossed into Ecuador this year as part of one of the largest mass migrations in Latin American history, the United Nations said on Friday.

About 547,000 citizens of the crisis-stricken South American country have entered Ecuador since January – mostly through its northern border with Colombia – to escape rampant crime and political violence, a collapsing economy and severe shortages of food and medicines.

That is nearly 10 times the number of migrants and refugees who attempted to cross the Mediterranean into Europe over the same period. The International Organization for Migration this week announced that 59,271 migrants and refugees tried to reach Europe by sea between January and August, with most coming to Spain, Italy or Greece.

The UN’s refugee agency, UNHCR, said a daily average of up to 3,000 Venezuelan men, women and children had entered Ecuador this year but that the already “massive influx” was now accelerating further.

About 30,000 Venezuelans – more than 4,000 per day – arrived in the first week of August, leading Ecuador to declare a month-long state of emergency.

Some reports have suggested fears Colombia’s newly installed president, Iván Duque, could close his country’s borders had caused the surge which has seen huge crowds of roofless migrants converge onthe Rumichaca Bridge between Colombia and Ecuador.

UNHCR spokesman William Spindler told reporters: “Many of the Venezuelans are moving on foot in an odyssey of days and even weeks in precarious conditions.”

“Many run out of resources to continue their journey and, left destitute, are forced to live rough in public parks and resort to begging and other negative coping mechanisms in order to meet their daily needs.”

For all of those hardships many exiles say conditions abroad are preferable to those back home where the International Monetary Fund (IMF) predicts inflation will hit one million per cent this year.

More than a million Venezuelans have crossed into Colombia since the exodus began in 2015. Others have fanned out across Latin American and Caribbean nations including Mexico, the Dominican Republic and Trindad and Tobago. Tens of thousands have hiked into Brazil down a remote Amazon road known as the Hunger Highway.

Spindler said about 20% of those entering Ecuador were expected to remain while most continued south to Peru or Chile. About 40% were women and girls who faced “serious risk of sexual violence, in particular survival sex and trafficking”.

The Venezuelan exodus has become an increasingly high-profile and contentious political issue in neighbouring countries, with some border regions struggling to cope with the influx.

“Xenophobic reactions to the exodus have been noted in some quarters,” Spindler said. Earlier this week a Brazilian judge briefly blocked Venezuelans from entering northern Brazil.

On Thursday night the crisis was raised during the first televised debate ahead of Brazil’s October presidential election. “The [Venezuelan] government is collapsing and this is generating a humanitarian crisis of absolutely unacceptable proportions,” said one candidate, the former finance minister Henrique Meirelles. “We must act so that the situation changes in Venezuela and the regime changes … so Venezuelans want to go back.”

Álvaro Dias, another presidential hopeful, said Brazil could not turn away those fleeing hunger, violence, misery and death: “It would be perverse to expel human beings who have been driven out by a bloodthirsty and merciless dictatorship.”