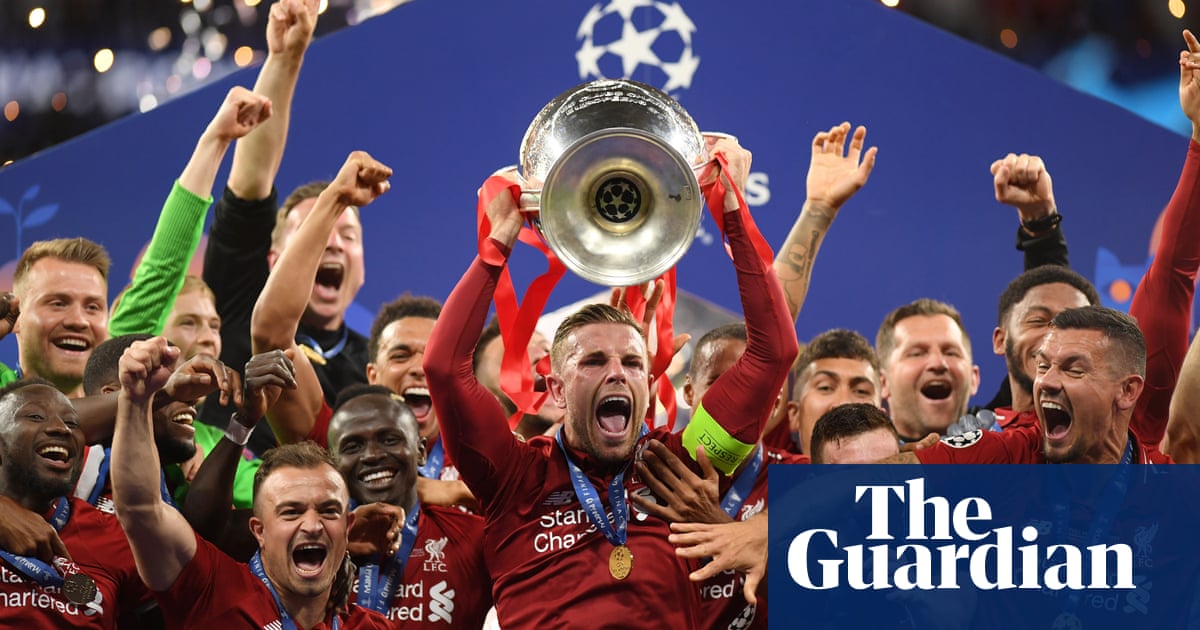 “Europe,” Sir Alex Ferguson said, actually a little before Manchester United’s 1999 success in the Champions League helped to bring a knighthood his way, “ought to be the cherry on the cake. No one wants it to be the whole cake – that would spoil everything.”

Ferguson was responding, a couple of decades ago, not only to non-champions being allowed into the hallowed event – he would mellow on seeing United go all the way in Europe after finishing second behind Arsenal in 1998 – but to Uefa tweaking the format once again to introduce a double group stage involving more matches.In the event that modification proved short-lived, lasting only until 2002‑03, though there are still influential voices – the former United CEO David Gill among them – who consider a second mini-league a more attractive and competitive prospect than the present last 16, where group winners usually find it easy to reach the last eight.

Everyone has their favourite version of the competition that started out as the European Cup. Some stubbornly believe it was better when restricted to national champions only, ignoring the huge financial gains and not inconsiderable drama that has played out over the past 20 years or so. Others feel it is just about perfect at the moment, with the right balance struck between commitments at home and in Europe, and from an English point of view the seeding for Thursday’s group stage draw appears to bear that out. Three Premier League teams take their place in pot one, with Liverpool and Chelsea joining Manchester City by virtue of the Uefa trophies claimed last season.

With four English sides contesting the two European finals, and Spurs in with Real Madrid in pot two as a result, last season could hardly have gone any better for Premier League clubs, despite providing the only title race in Europe’s top leagues worthy of the name. These things can be transitory – it is only three years ago that England’s sole representatives in the Champions League last eight were Leicester City – but for now the best of both worlds can be enjoyed. England boasts a glamorous, competitive and above all lucrative league competition, with leading clubs using their wealth to make significant strides in Europe.

While that might be a source of frustration for supporters of Bolton and Bury, it has not gone unnoticed in Europe either, with downtrodden fans unsurprised to hear that moves have been afoot to ringfence bigger clubs’ revenues at the expense of smaller ones. Because the change to the Champions League format for 1991-92 was basically a response to the threat of a breakaway by big names across Europe, Uefa has found itself across a similar barrel at regular intervals since. The problem now is that too much of the money is in England and too little interest resides in the lopsided leagues around Europe, dominated to an unhealthy extent by powerhouses such as Bayern Munich and Juventus. It is no accident that the strident European Club Association wishing to reconfigure the Champions League to provide twice as many matches is led by Andrea Agnelli of Juventus, and the logic behind his proposals for groups of eight teams rather than four, and automatic requalification for established Champions League clubs whatever their domestic league placing, is depressingly simple to spot. A Champions League thus configured would be a European Super League just waiting for the name.

Fortunately, in the face of evidence that no one actually wants this apart from the handful of powerful sides who appear to have Uefa’s ear, talks between the ECA and Uefa’s president, Aleksander Ceferin, have just been put on hold. Nothing was going to change before 2024 anyway, but now there will be a pause for a rethink. Not everyone agrees with Ferguson that European football should be the cherry or the cake – some would like it to be the bread and butter – though it is not easy to see how that can happen without hardship and wastage among the majority of clubs left behind.

It is difficult to make the case for the status quo without sounding like a nationalist or an anti‑progressive, though it is debatable whether making a couple of dozen clubs infinitely richer than they are already really counts as progress. If the acting Bundesliga president, Reinhard Rauball, can speak out against the ECA initiative, when as president of Dortmund he must be as tired as everyone else of Bayern’s supremacy, he deserves hearing. “The Bundesliga has the highest attendance figures in Europe, more than 42,000 on average, and we don’t want to destroy it with one decision,” Rauball said. “We have to make it clear that the national league is the most important.”

In parochial terms, Liverpool would never have been able to give City such a run for their money last season had they been obliged to play a 14-game group stage, although the eventual champions would have been operating under the same handicap. The quality of Premier League competition could only suffer, and an emerging team such as Tottenham would have found it much tougher to last the pace. Then again, what the ECA is saying to the big teams is that you don’t have to keep flogging yourself domestically, you can be in the Champions League every year.

Yet think of Liverpool and their six European titles, four of them as English champions, the other two won in spite of uncertainty and effort in the Premier League. Would anyone on Merseyside really want a cessation of hostilities on the home front, or, perhaps worse, the next European prize to arrive with an asterisk?