Imprisoned former leader, 67, collapses and dies while on trial on espionage charges 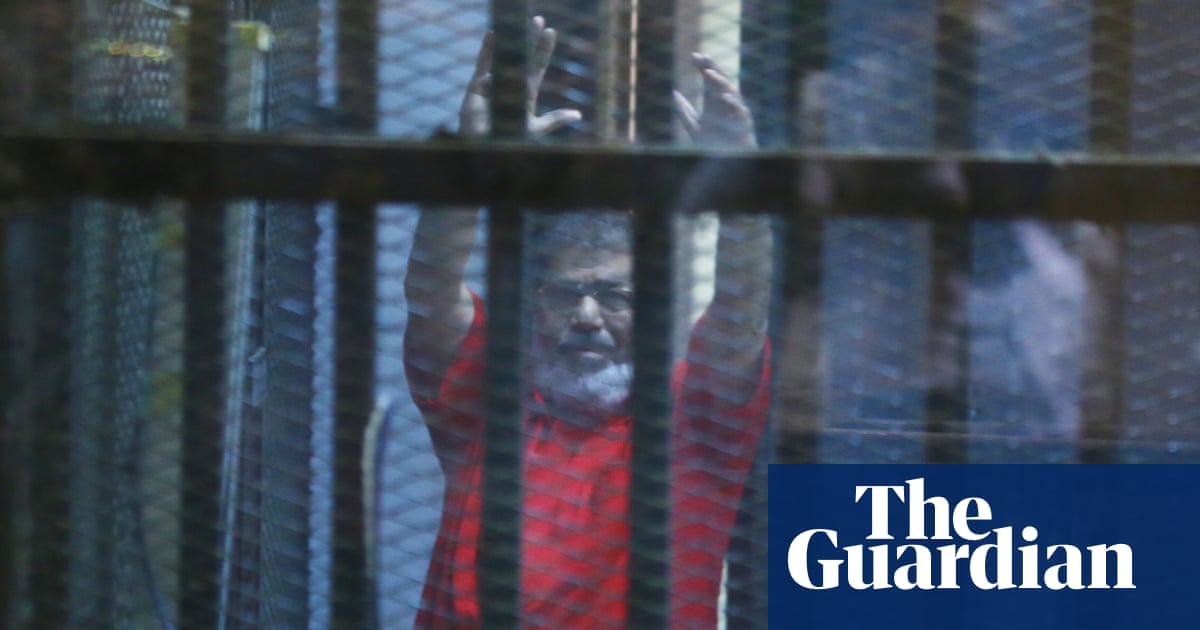 Egypt’s first democratically elected civilian president, Mohamed Morsi, has collapsed during a court session and died, almost six years after he was forced from power in a bloody coup.

Morsi, a senior figure in the now-banned Muslim Brotherhood, was attending a session in his trial on espionage charges on Monday when he blacked out and died, according to state media.

“After the case was adjourned, he fainted and died. His body was then transferred to the hospital,” reported the Egyptian state newspaper al-Ahram, referring to Morsi’s retrial for allegedly spying for the Palestinian Islamist organisation Hamas.

Egypt’s public prosecutor said Morsi, 67, was pronounced dead on arrival at a Cairo hospital, after he fainted inside the defendants “cage” in the courtroom. Nabil Sadiq’s statement said the cause of death was being investigated but that “there were no visible, recent external injuries on the body of the deceased”.

The Brotherhood accused the government of “assassinating” Morsi through years of poor prison conditions, and called on Egyptians to gather for a mass funeral.

“We heard the banging on the glass cage from the rest of the other inmates and them screaming loudly that Morsi had died,” Morsi’s lawyer, Osama El Helw, told AFP.

Turkey’s president, Recep Tayyip Erdoğan, reacted angrily to news of Morsi’s death. “History will never forget those tyrants who led to his death by putting him in jail and threatening him with execution,” he said in a televised speech.

Morsi became president in 2012, following Egypt’s first and only free elections after the dictator Hosni Mubarak was forced from power. He won 51.7% of the vote and his rule marked the peak of power for Egypt’s Muslim Brotherhood, which had functioned for decades as an underground political organisation.

But his time in power was cut short a year later as demonstrators once again took to the streets – this time to protest against Morsi’s rule and demand fresh elections. Egypt’s military seized power in a coup on 3 July 2013, bringing the then defence minister, Abdel-Fatah al-Sisi, to power.