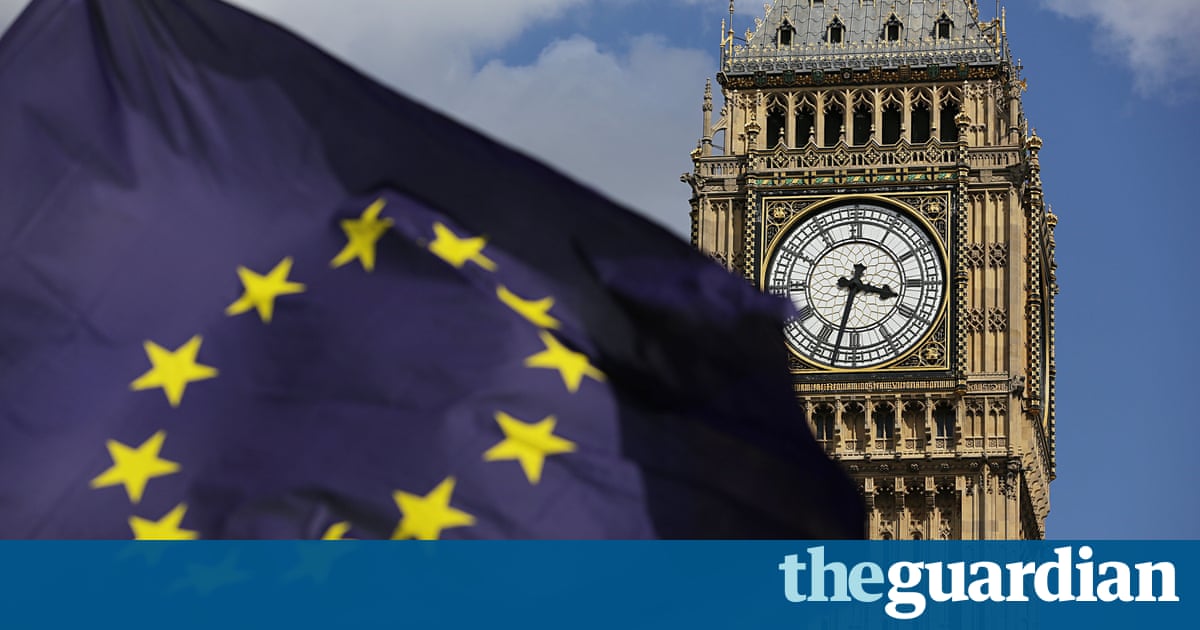 Ministers are pressing Downing Street to make an interim deal with the EU an explicit option when the government sends its formal letter to Brussels to trigger article 50, the process that starts the two-year divorce talks.

A bridging or transitional deal between the UK and the EU is being promoted by Brexit ministers and some European diplomats as the only way to prevent a cliff edge in the negotiations that would plunge the UK into legal, trading and financial uncertainty.

The case for an interim deal has been strengthened by the high court ruling that parliament must have a say in the triggering of article 50, as the economic uncertainty surrounding Brexit has been intensified. Theresa May has insisted she will still activate the article 50 process by March next year.

Although no formal talks have taken place between the UK and Brussels, European diplomats say it will be impossible to reach a full deal by spring 2019 on both the terms of exit and a future relationship due to the complexity of the issues.

The issue of whether or not it is possible to seek a deal within two years has become a major point of discussion as ministers consider how to draft their initial demands with the EU. Hard Brexiteers fear an interim deal is a Trojan horse that will leave the UK too closely bound with the EU.

They insist it would be possible to leave the EU without any deal in place and trade with the EU under World Trade Organisation (WTO) rules, but the political consensus in the UK economic departments business and Treasury is that this would be too risky. It could mean tariffs on UK goods exports as well as of a loss of access to the EU services markets.

External support for a transitional deal is coming from the financial services industry, former UK diplomats and prominent Labour MPs including Hilary Benn, the chairman of the Brexit select committee.

It is argued that the fiendishly complex issues of financial passporting for the banking and insurance industries, the terms for access to the single market, including as many as 50 sectoral deals, the issue of continued UK payments to the EU, membership of the EU Customs Union and the possibility of negotiating a new schedule with the WTO mean a deal could not be negotiated in two years.

Under article 50, the EU and the UK must agree not only the terms of the divorce, but also the principles for future relations before the end of the preliminary two-year deadline.

The possible gap between the two processes is what is driving some ministers, business lobbyists, many senior Labour MPs and former UK diplomats to look for an interim deal.

One minister told the Guardian: This may take 20 years to disentangle. Brexit is like the creation of the universe. We have had the first half hour of all the chaos and explosions. It is only beginning to come together, beginning to coalesce, but it is going to take a long time.

An interim bespoke deal is also seen by diplomats in countries traditionally sympathetic to the UK as a way of minimising the disruption and keeping open the possibility that the UK will never move to a further stage of complete divorce.

The most likely interim deal remains a version of Norways European Economic Area (EEA) agreement, but allied to changes to freedom of movement agreed across the EU. Senior figures in the EEA are lobbying the UK to look again at this option.

EU diplomats, now in frequent contact with pro-remain MPs, believe there is still scope to revive or develop aspects of David Camerons EU deal on migration, negotiated in February. They highlight the right of all EU governments under existing directives to remove any EU citizen who has failed to find a job within three months.

Ministers in their public remarks are also increasingly emphasising the need for continuity and order in the exit. Simon Kirby, the Treasury economic secretary, told MPs last week: Given the strong level of interconnection between our economies, continuity of service and an orderly withdrawal from the EU are also very much in the interests of both sides.

Sir Simon Fraser, permanent secretary at the Foreign Office until 2015, has argued that the complexity will inevitably mean some sort of interim relationship between leaving and establishing the long-term, permanent relationship.

William Hague has also said it would be a miracle if a full deal could be wrapped up in two years.

Sir Robert Cooper, a former UK diplomat and special adviser to the European commission, said: The negotiation the UK needs to have with the EU is not one that can take place over two years. It is too complex, no matter how hard you try. The number of issues that need to be negotiated are too big. The risk of a disorderly exit is very real. If I was Theresa May I would be extremely worried.

Douglas Alexander, the former shadow foreign secretary, said: A more likely scenario as realism impinges on UK negotiation will be the urgent requirement for transitional arrangements what in insurance parlance might be called bridging temporary cover.

I believe once the clock starts ticking a lot of thinking will turn to what are the terms of a temporary arrangement that would in reality last several years, and define the future relationship between the EU and the UK.

He added: It is incredibly difficult to envisage that even a comprehensive free trade agreement signed by Canada after seven years can be secured in two years, and even if we replicated it, the deal would exclude services making up 79% of the British economy.

Ministers have also been looking at whether the government could still suspend Britains exit from the EU right up to the last day of the negotiations in March 2019 if it has not got a good enough deal. Some ministers claim lawyers have told them that article 50 of the Lisbon treaty allows the departing country to stop the negotiating process right up to the last moment. However, ministers agree this would be the nuclear option that would have huge political, diplomatic and economic downsides.

Ministers are also considering the option of slowing the rate that Britain withdraws its funding from the EU after Brexit in an attempt to win concessions in the forthcoming negotiations. There could be one-off budget streams for individual schemes: We could just allow some budgets to carry on in particular areas.