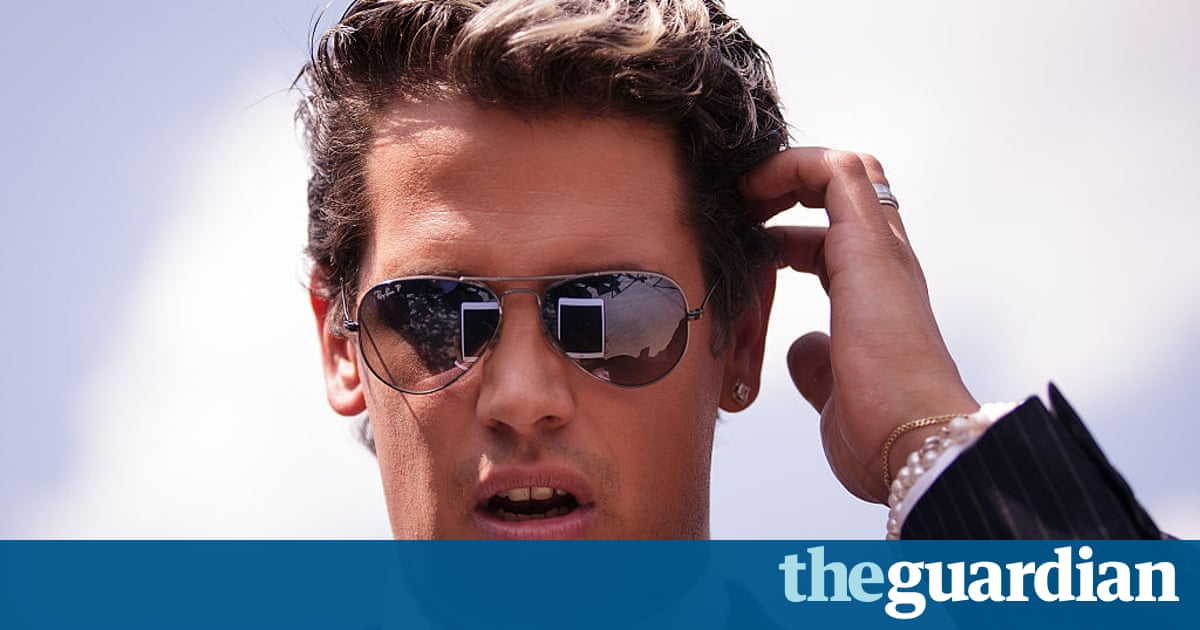 A Kent school has cancelled a talk by Milo Yiannopoulos, a former pupil, outspoken Donald Trump supporter and member of the so-called alt-right movement.

It also said the Department for Educations counter-extremism unit had been in contact with it.

Simon Langton grammar school for boys, which Yiannopoulos attended, said it had pulled his address to sixth-formers due to take place on Tuesday.

Yiannopoulos, 32, is a senior editor at the US-based Breitbart website, whose chief executive, Steven Bannon, is Trumps controversial choice for chief strategist.

The Canterbury school said the talk had been cancelled because of safety concerns, with almost all of the opposition to it coming from outside the school.

The decision was taken following contact from the DfE counter-extremism unit, the threat of demonstrations at the school by organised groups and members of the public, and our overall concerns for the security of the school site and the safety of our community, a spokesman told the Press Association.

We note that, within 24 hours of advertising the event, 220 Langton sixth-formers had, with parental consent, signed up for the event and that objection to our hosting Mr Yiannopoulos came almost entirely from people with no direct connection to the Langton. The staff and students of the school were overwhelmingly in favour.

While disappointed that both the pastoral care and intellectual preparation we offer to our students has been called into question, we at the Langton remain committed to the principle of free speech and open debate and will resist, where possible, all forms of censorship.

Yiannopoulos, who was permanently suspended from Twitter in July, describes himself as the most fabulous supervillain on the internet on his Facebook page, where he posted on Monday: My old high school has been bullied into cancelling my talk on Tuesday by the counter-extremism unit at the UK Department of Education.

Who even knew the DoE had a counter-extremism unit? And that it wasnt set up to combat terrorism but rather to punish gays with the wrong opinions?

Perhaps if Id called my talk Muslims are awesome! the National Union of Teachers [NUT] and Department of Education would have been cool with me speaking.

A DfE spokesperson said: When concerns are raised by members of the public following media coverage in advance of an event, the department would contact the school as a matter of routine to check they had considered any potential issues. The decision to cancel the event was a matter for the school.