I was the Navys chief lawyer when, in 2002, I first learned that detainees were unlawfully interrogated. That cannot happen again 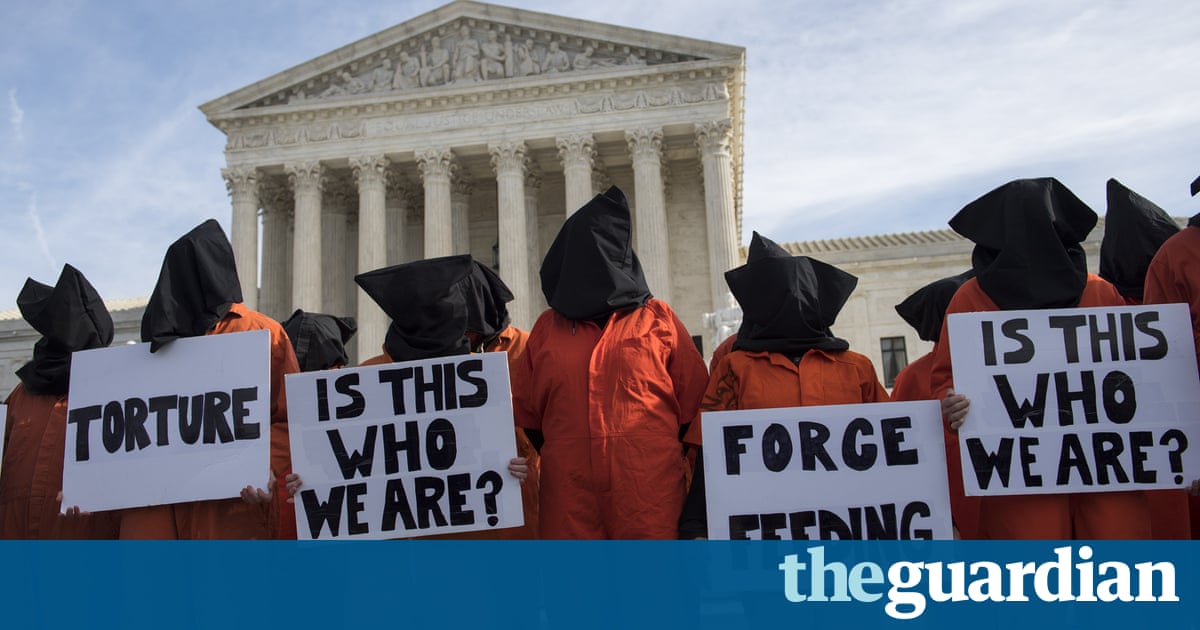 Among the flurry of confirmation hearings happening this week in the Senate, one in particular will signal whether President-to-be Donald Trump and his administration are, indeed, serious about restoring the failed and discredited Bush-era torture policy.

Trumps pick for CIA chief, the US representative Mike Pompeo, will face the Senate intelligence committee and no doubt will be asked about his past support for cruelty. If he fails to renounce torture at his hearing, the Senate should deem Pompeo unfit for the office and vote down his nomination.

I know whats at stake from my own experience. I was the navys chief lawyer when, in 2002, I learned that detainees held at Guantnamo were being subjected to cruel and unlawful interrogation practices. This wasnt a case of bad apples it was a case of officials at the highest levels of government choosing to radically reinterpret, distort or violate the law so as to knowingly apply torture. That cant happen again.

This is what Pompeo must do to gain confirmation:

First, he must acknowledge that torture is illegal and commit himself to obeying the law strictly. Torture has long been illegal, but in the past ten years Congress has greatly strengthened the law. President Ronald Reagan signed the UN Convention Against Torture in 1988, a treaty the US government was active in helping negotiate and promote and which the Senate ratified.

Legislation pushed by Senators John McCain and Dianne Feinstein in 2015 further clarified the federal prohibitions, limiting national security interrogation techniques to those found in the Army Field Manual on Interrogations. The manual explicitly bans waterboarding, forced nudity and beatings, among other things. Torture was unlawful when the CIA utilized it years ago, and it remains unlawful today without exceptions. At the end of the day, the most important thing we need to know about Pompeo is whether he will obey the law.

Second, Pompeo must demonstrate awareness of the severe damage that the past use of torture caused to core US national interests. Some torture apologists are of the view that torture worked because it yielded some useful intelligence. But the question of whether torture had some utility isnt answered merely by what happened in the interrogation booth.

For decades, organizations such as Amnesty International have challenged governments that torture. But now, abusive governments cite American behavior in defending human rights violations. Torture damaged our values, laws and legal system, our moral authority and leadership, the structure of human rights and international law, and our international relations. Torture weakened our nation by damaging our alliance structure and impairing military, intelligence, and law enforcement cooperation. And torture lessened international public support for US war aims and proved a recruiting boon for our enemy.

A CIA candidate who is unwilling to recognize these costs would demonstrate a disqualifying lack of both curiosity and respect for fact-based analysis.

Third, Pompeo must acknowledge due deference to and respect for Congresss constitutional oversight role. One would imagine that a sitting congressman would understand the critical role that effective congressional oversight has in maintaining the separation of powers balance that lies at the heart of American freedom, but Pompeo is suspect in this respect.

The Senate select committee on intelligences 2014 report detailing the CIAs use of torture and cruel treatment is a landmark monument to principled congressional oversight. Pompeo has dismissed the report and seems untroubled by the evidence that the CIA actively impeded the committees investigative efforts, spied on the staff that created it, and sought to discredit its findings. Pompeo must commit to cooperating with and assisting Congress in its oversight function instead of stalling or seeking to frustrate it.

Finally, Pompeo must commit to refusing to carry out any unlawful orders from Donald Trump. That he would receive such an order on torture during the course of his tenure is, of course, not merely a theoretical possibility, but a probability given the president-elects open affection for torture as evidenced by his comment that torture works and his pledge to bring back waterboarding and a hell of a lot worse.

All federal officials, including those in the military and intelligence community, have not only the right, but also the obligation, to refuse actions that are unlawful, no matter how senior the official is who orders them.

The current CIA director, John Brennan, publicly insisted that the agency under his control would refuse such orders. Gen James Mattis, nominated by Trump to head the Department of Defense, has challenged the president-elect on his statements. Pompeo must go further by explicitly committing the CIA and himself to abide by the law, even if ordered to violate it by the president himself.

It is crucial that the next CIA director be a reliable champion in the fight against torture. If Pompeo does not clearly fulfill these simple requirements during his confirmation hearing, he will demonstrate without doubt that he is not up to the task.