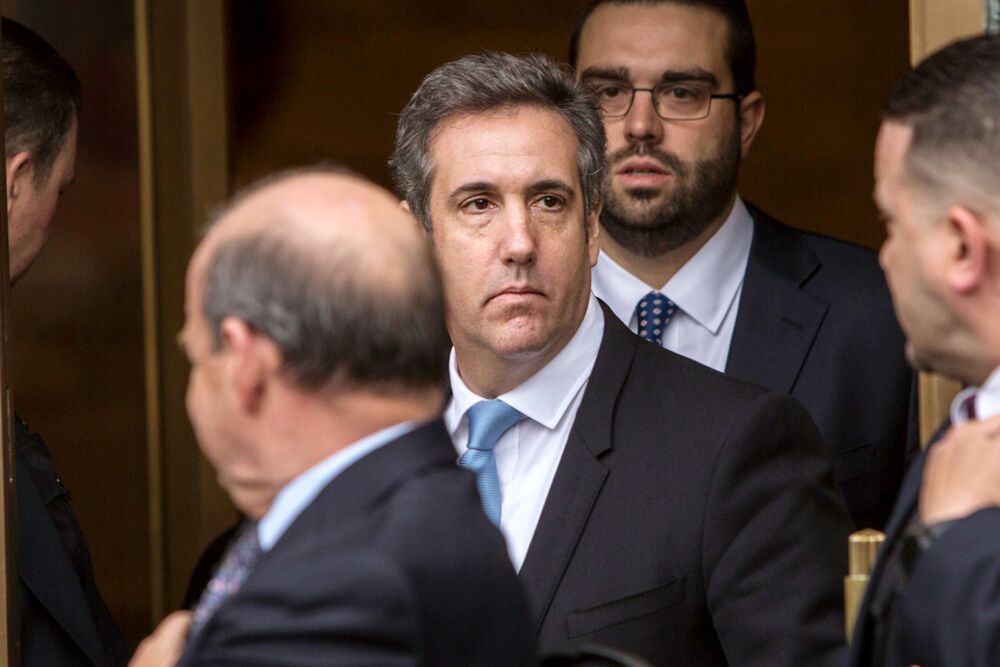 Taxicab companies owned by Michael Cohen or family members just got hit with nearly $80,000 in new claims for unpaid taxes, according to records filed in New York.

The bills show the declining fortunes of some companies linked to Cohen, the longtime personal lawyer to President Donald Trump. Cohen is under a federal criminal investigation into his business and financial dealings that broke into the open this month with FBI raids on his office and residences. All the parties involved are now jostling over how that evidence will be used.

New York state filed tax liens in Manhattan this week against five companies owned by Cohen and members of his family, including Mad Dog Cab Corp., Martha Cab Corp., LAF Hacking Corp. and NY Funky Taxi Corp. The Cohens own medallions for 32 taxis in New York City through 16 companies. Most of those companies are now encumbered by liens: State tax authorities are seeking about $174,000 in all in taxes from Cohen family taxi companies, including the latest claims.

Cohen, the chief executive officer of the five companies, disputed the figure and said the tax obligation isn’t his. "These are the obligations of the operator, not the passive investor," he said in a telephone interview.

In the Cohens’ case, that’s Evgeny “Gene" Freidman, who gained the moniker "Taxi King" for operating more than 800 cabs in the city. Freidman has been charged in New York with failing to collect more than $5 million in 50-cent fare surcharges.

Patrick Egan, a Philadelphia lawyer who represents Freidman, said his client is innocent and will fight the charges in a trial set for June. He declined to comment on whether the Cohen family is liable for the taxes.

Before he started working as a lawyer for Trump, Cohen built his wealth in the taxi business in New York and Chicago. He has said he bought medallions in the 1990s from his father-in-law, Fima Shusterman, an immigrant from Ukraine. In 2003, Cohen said, he owned 200 taxi medallions, according to ProPublica. Around the same time, Cohen and his in-laws moved into high-end real estate, including apartments in Manhattan’s Trump World Tower, Trump Palace and Trump Park Avenue. Cohen has since invested in New York City apartment buildings.

Cohen is the co-owner of Mad Dog with a woman who has the same name as his mother, according to taxi records. His wife, Laura, is listed as sole owner of the other four companies subjected to the latest liens.

In recent years, the taxi business has come under severe financial pressure as customers are lured to ride-hailing apps such as Uber and Lyft. New York-issued taxi medallions, which are required to pick up anyone hailing a ride, changed hands for as much as $1.3 million each less than a half-decade ago. Their prices have since plunged to about $200,000.

The Cohens’ 32 medallions were last refinanced around market highs in 2014 and the loans are due in 2019, Bloomberg reported last week.