Messy, always late and swear like a sailor? It just means youre super smart | Arwa Mahdawi 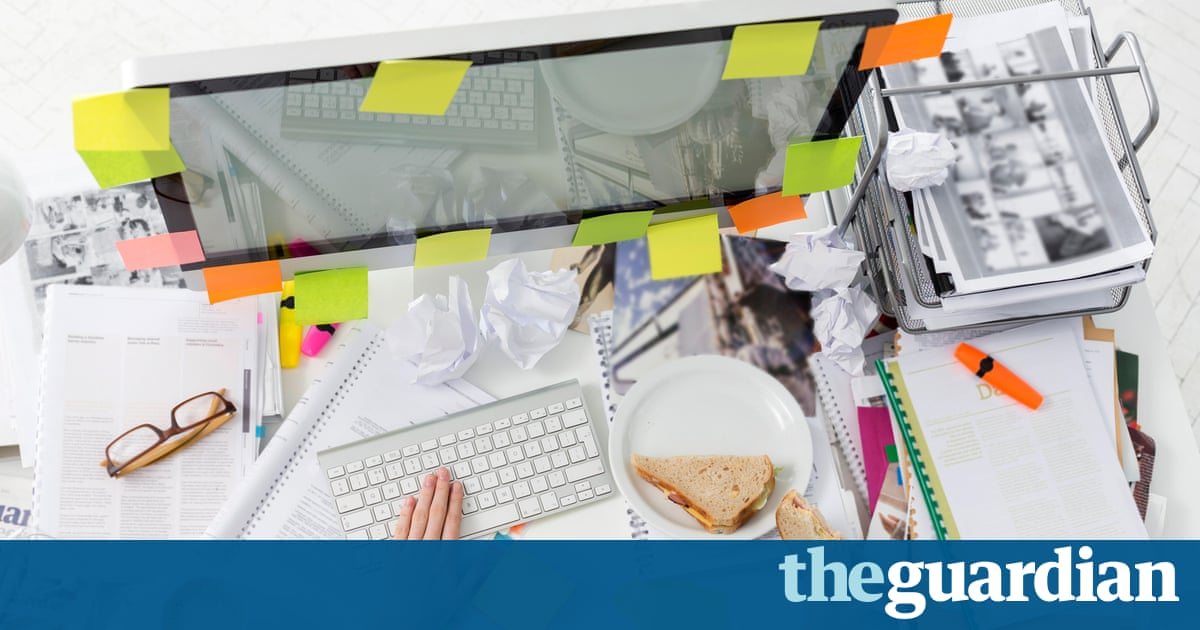 Im very intelligent. Im also extremely creative and have a vocabulary that could be described as voluminous, venerable or very large. But dont just take my word for it: science says so.

You see, my desk is always messy, I swear like a sailor and I tend to sleep late in the morning normally because Ive stayed up into the early hours, watching trash on TV. And while all these things may seem like bad habits, you dont need to look that hard to find evidence that theyre the opposite..

A deep-seated need to feel good about our bad behaviour has given rise to a thriving genre of pop science that regularly explains how what you thought was terrible about you is actually terrific. The latest example of this is a recent study by Italian researchers suggesting regularly chomping chocolate helps memory and counteracts cognitive decline. And the media certainly seems to be eating it up. Chocolate lovers over the world, rejoice! exclaimed one news site last Friday. Science says eating chocolate helps your brain, proclaimed Inc.

Its not just chocolate addicts who can find solace for their sins in science. Ive carefully cherry-picked research studies to create a greatest hits of egocentric evidence designed to prove that all your bad habits are good habits. So please stay tuned for Now Thats What I Call Self-Affirmation 2017!

You snooze, you win

The early bird catches the worm, apparently. But, really, who wants to catch a worm? Night owls know that morning sounds like mourning for a reason: nothing good ever happens before 10am. And theres a great deal of evidence that supports the idea that overachievers oversleep. Take, for example, a 2009 study by British researchers entitled Why Night Owls are More Intelligent, which posits: More intelligent children are more likely to grow up to be nocturnal adults who go to bed late and wake up late on both weekdays and weekends. Apparently, this is explained by evolution. Since electricity is a relatively new invention, humans have developed ingrained early-to-bed instincts. Staying up late, then, is evolutionary novel behaviour that means youre more likely to win in life. Research from the University of Southampton has also found people who go to bed after 11pm and get up after 8am are likely to earn more than their early-to-rise counterparts.

Clutter is the key to creativity

Cleanliness may be next to godliness, but messiness is next to geniusness. A 2013 study from the University of Minnesota found mess makes you more creative. According to the study: Disorderly environments seem to inspire breaking free of tradition, which can produce fresh insights. Orderly environments, in contrast, encourage convention and playing it safe.

Being late means youre great

Its Saturday night. You were supposed to meet your friend at 8pm. Its 7.59 and you havent left home yet. You text your friend: Almost there! sorry am late, train problems! Does your lateness and your lie make you a bad person? No, according to experts, it does not. Rather, per psychologist Dr Linda Sapadin, persistent lateness can come from an obsessive thinking problem; you are not late because you dont care, you are late because you care too much and overthink situations. So next time youre behind schedule, dont blame the trains; blame your train of thought. Explain to your friend that youre delayed because youre an obsessive thinker. Im sure they will understand.

Some people believe cursing is a sign of cursory learning. The right way to describe these people is wrong. A 2015 study entitled Taboo Word Fluency and Knowledge of Slurs and General Pejoratives: Deconstructing the Poverty-of-Vocabulary Myth found the ability to generate taboo language is not an index of overall language poverty. Rather, the study says:, A voluminous taboo lexicon may better be considered an indicator of healthy verbal abilities rather than a cover for their deficiencies. In case youre struggling with the academese, (seriously, WTF, why cant these supposedly smart academics speak actual English?) let me translate. Basically, a proclivity for profanities doesnt mean youre a bloody idiot. It just means you have a large and colourful vocabulary.

Its not trash TV, its ironic. Dont you think?

Have you seen Sharknado? Its a made-for-TV movie about a freak cyclone that fills LA with bloodthirsty sharks. Its glorious garbage a guilty pleasure. But feel guilty no longer, my Sharknado-loving friends: it seems enjoying trashy entertainment makes you a gloriously cultured human being. Last year a study in the journal Poetics found people who like so-bad-its-good movies are of above-average education. The study, entitled Enjoying Trash Films: Underlying Features, Viewing Stances, and Experiential Response Dimensions noted: The majority of trash film fans appear to be well-educated cultural omnivores, and they conceive of their preference for trash films in terms of an ironic viewing stance.

Procrastination is proof of inner perfection

I was thinking of a brilliant way to finish this article but then I procrastinated by watching Sharknado for the fifth time. But thats OK because certain studies say that procrastination is a sign of perfectionism.