With masculinity in crisis, can a new mens movement bring a positive shift? 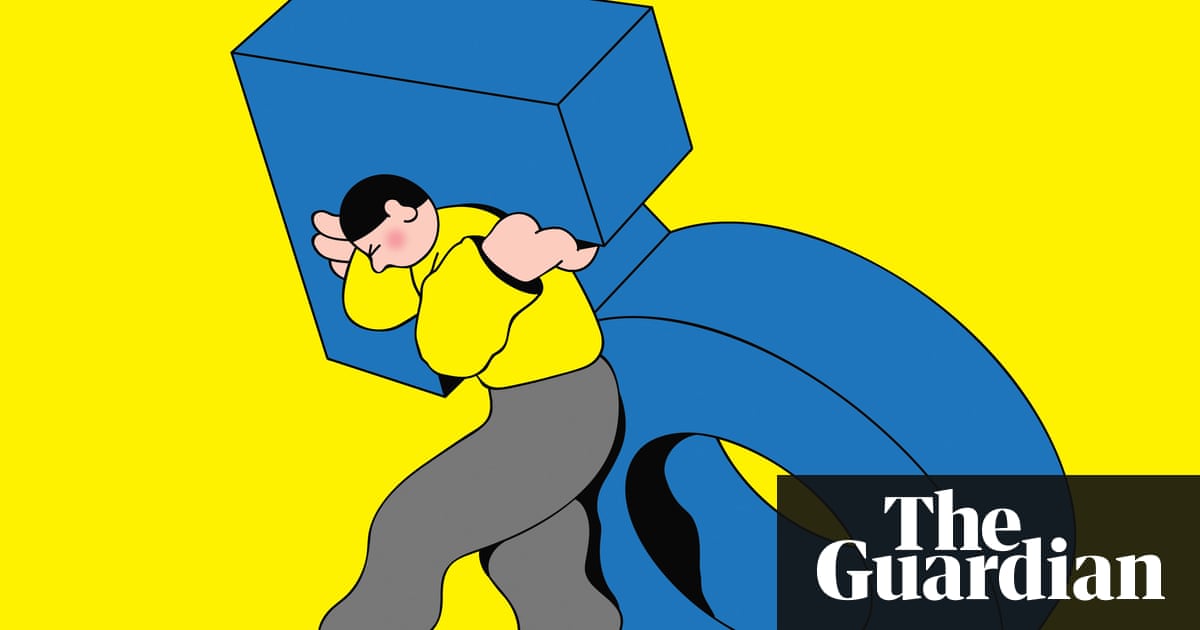 One of the first things I discovered at the men’s group was that most men are scared of other men. Here we all were, 25 or so specimens of metropolitan masculinity, gathered in a London yoga studio to spend our Saturday learning how to “get vulnerable” with Rebel Wisdom, a newly formed men’s collective. “In today’s world, for men to be vulnerable and speak their truth is an act of rebellion,” says its chic new age website. “We exist to fuel this rebellion.”

In practice, this meant we were going to spend a day doing breathing exercises, talking about our fathers, pretending to be tigers, leaning on one another, working out which Jungian archetypes we vibed with, and trying to articulate why we all felt so defensive and angry and misunderstood so much of the time. But first we had to stand in a circle and say how we were feeling. And one by one, the men – mostly in their mid-30s, mostly straight, mostly white – said they were afraid. One guy, a straight-talking youth worker, reckoned that if the estate kids he worked with could see him now, they’d rip the piss and would probably be right to. Another, extremely gaunt and pale, had recently suffered a huge emotional and physical breakdown, and confessed that this was the first time he had been out in weeks. When it came to my turn, I said I was hungover. (Humour is a good way of deflecting uncomfortable feelings, I find.) Then I tried a bit harder: “I can’t remember the last time I was in a room with all men,” I said. “I actively avoid these situations. And maybe that’s quite strange.”

The next thing I learned was that men – at least the sort who come to men’s groups – are quite nice, really. No one laughed or took the piss. We all listened sympathetically to each other talking about sporting humiliations and paternal misunderstandings. The organisers promised there would be no group hugs, but there were lots of group hugs. They also exhorted us to be honest. “What if you just told the Truth?” the invite read. I left feeling lighter, warmer, but no wiser as to what that truth might be.

I don’t know if you’ve noticed, but men are not exactly giving the best account of themselves at the moment. Every week brings another high-profile reminder of unhealthy masculinity, from Harvey Weinstein to Aziz Ansari to the former Oxfam boss Roland van Hauwermeiren. Clearly, something needs to shift. Like all the male friends I’ve spoken to recently, I’ve found the current reckoning disorienting at times, shaming at others, but mostly exciting, necessary and liberating. I’ve seen the overwhelmingly positive effect it’s had on many women in my life. But there are moments – say when I’m happily cooking with my son – when the dominant narrative of masculinity as toxic, entitled, corrupt, dysfunctional and so on seems a little limiting. If you’ve always found men such as Weinstein despicable and pathetic, it’s disorienting to find yourself in the same category as him by virtue of also having a penis. A couple of times, I’ve begun the sentence: “You know, not all men… ” only to recall that that in itself is seen as a dick move. And there are clearly dissonances in political, legal and psychological notions of gender that require careful unpicking: for example, the feminist notion that masculinity is in full control of itself and consciously uses sex to cement its power doesn’t quite tally with our understanding of the subconscious. Masculinity is very rarely under control and sexual abuse is often perpetrated by men who are threatened (often by other men), vulnerable, damaged, lashing out. Not that this insight can be expected to provide solace for their victims.

Perhaps all the moment requires is for men to shut up and listen, something many clearly find hard. But watching the hashtags accrue – #menaretrash, etc – it’s often hard to discern any positive role for men, beyond apologetic retweeters of feminist memes. And there’s a wider defensiveness around masculinity. The comedian Robert Webb titled his memoir How Not To Be A Boy: a negative inversion of Caitlin Moran’s celebratory How To Build A Girl. “If you want a vision of masculinity,” Webb writes, “imagine Dr Frankenstein being constantly bum-raped by his own monster while shouting, ‘I’m fine, everyone! I’m absolutely fine!’”

But as we know, men are not fine. Boys get worse grades than girls. Suicide is the biggest killer of men under 35; men also report significantly lower life satisfaction than women. According to statistics compiled by the Men’s Health Forum, men make up 76% of all suicides, 95% of the prison population, 73% of adults who go missing and 87% of rough sleepers. A key part of this is men’s reluctance to seek help. Last year’s cross-party Jo Cox Commission described male loneliness as a “silent epidemic”: more than one in 10 say they are lonely but won’t usually admit it.

“One of the problems is that in the last 10 years or so, the world hasn’t really been interested in the psychology of gender,” says the psychotherapist Nick Duffell. “What we’ve been interested in are transgender issues and free choice and pronouns and gender as a social construct and abuses of power. But one of the things I’ve been working with is how powerless men often feel in the private sphere. Men are very unskilled when it comes to relationships and dealing with their emotions. We need to train them to be better at vulnerability, better at relating – and when they begin to do that, the power they develop is more authentic.”