Standing side by side with Melania Trump, the couple is seen from behind looking out over a landscape. While at first glance you’d think the two could be attempting to emulate the look of the twin towers, eagle-eyed social media users were actually paying closer attention to FLOTUS’ coat detailing.

Ch-ch-check it out for yourself (below) and zoom in on the bottom of the 49-year-old’s long jacket:

A closer look at the detailing makes it appear as if a plane is crashing into the Washington Monument or one of the twin towers which fell on September 11, 2001… or so people on social media seem to think.

Even if this really was just a fashion fail, now that we’ve seen it we can’t unsee it!

Here are what a few users on Twitter had to say about the fashion misstep:

“I’m sure I’m not the first one to spot this but who in the world thought it was a good idea for Melania to wear this coat in the 9/11 photo. It legit looks like an object is flying into a tower or the Washington Monument”

“Uhhh. Before we get into all the bullshit lies that 45 has spewed about 9/11, can we discuss the embroidery on Melania‘s coat? WTF?!!! #NeverForget”

“I have no idea what message Melania Trump might have been trying to send with today’s coat, other than expressing her dedication to being the tackiest First Lady in American history. But we already knew she had poor taste. Look who she married.”

“Melania never wears something by accident. She is deliberate. She wore a pussy-bow blouse after Trump’s pussy-grab statement. She wore an “I don’t really care” jacket when she went to see children in cages. On the anniversary of 9/11 she wears this embroidered coat? WTAF?”

While neither Donald nor Melania have responded to the criticism as of writing, White House spokeswoman Stephanie Grisham, FLOTUS’ former press secretary who now works for both Trumps, had something to share with USA Today:

Regardless, she should probably have a chat with her stylist!

As pointed out (above) in one tweet, this isn’t the first time the former model’s outfit choices have been the subject of controversy.

In June 2018, Mrs. Trump wore a green jacket with the words “I Really Don’t Care. Do U?” written on the back while heading to visit a children’s detention center. She later spoke out against the backlash saying it was a message “for the people and for the left-wing media who are criticizing” her, but it was still a pretty major yikes moment…

What do U see, Perezcious readers? Sound OFF (below) in the comments with all your thoughts!! 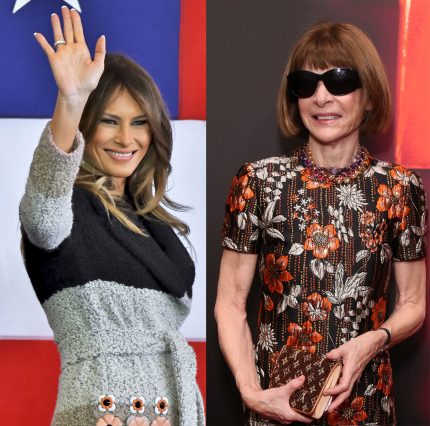 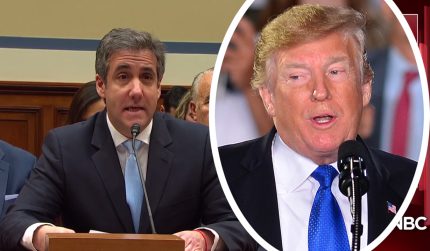 Michael Cohen Implicates Trump In Crimes AND Brought The Receipts — See All The Worst HERE! 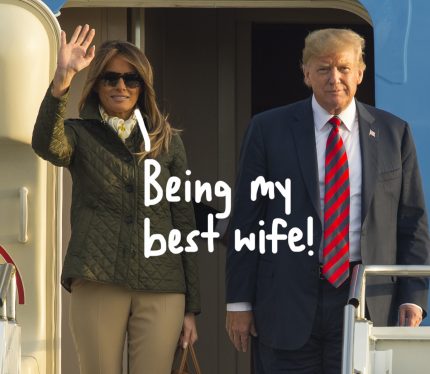 Do you need to wash your groceries? And other advice for...

‘Send her back!’ chant shows Trump’s ugly plan to get reelected

If Ocasio-Cortez is going to run from debate, then she isn’t...

Do you need to wash your groceries? And other advice for...