In the late 1970s, Douglas Vakochs science fair project had nothing to do with baking-soda volcanoes, battery life, or any other school kid standards. Instead, it was about aliensand how humans might talk to them.

For Vakoch, the saying is true: Past is present. He grew up to be the Director of Interstellar Message Composition at the SETI Institute, whose goal is to understand and explore life on Earth and beyond. And then, just last year, he formed a new organization called METI International, for “Messaging Extraterrestrial Intelligence.” Many in his community think that humans aren’t ready to broadcast to whoever’s out there. But his group wants to phone ET anyway.

METI International is the sprout of the seed planted during that long-ago science fair. In his project, teenage Vakoch looked at a message that astronomer and SETI pioneer Frank Drake sent using the Arecibo telescope in 1974. The contents were simple, including a pixelated map of the solar system, information about DNA, and a dot-matrix human. I wanted to expand that to not just have a static image of a human being, but basically an animated series of images, he says, zooming in on the face, then the eyes.

It was a simple project, but it got him thinking—how can humans convey information that an alien could understand, when humans dont speak alien or even know what knowledge or physical senses we might share? Its not just needing to understand the astronomy, but also language and philosophy of science, and what it is we would want to explain, he says. Thats what led me to psychology.

He ended up getting a PhDin clinical psychology and a masters in the history and philosophy of science, aiming always to combine his knowledge sets into interstellar messages. But by his early 20s, he was giving a bit of side-eye to early SETI scientists.

He remains so, despite how he has dedicated his lifeand METI Internationalto thetask. I am fully committed to the idea that it may be impossible, he says.

After finishing his graduate work, Vakoch joined the SETI Institute in Mountain View, California in 1999, as itsresident social scientist. He helped the institutemission: to explore, understand, and explain the origin and nature of life in the universeto qualify the societal repercussions of finding biology beyond Earth.

But he was dissatisfied. When people talked about the societal implications of SETI, they were focused on the impact after we made contact, he says. He thought the studies could have an impact just by their very existence. And message-making, in its participatory nature, could especially affect people. It would expand their minds, man, and make them think not just globally but cosmically, about our tiny place in the universe. A few years later, his research focus shifted toward message construction.

Not everybody thought that was a good idea. Both adjacent to and as part of the 2015 American Association for the Advancement of Science meeting in San Jose, California, experts debated the cons, pros, policies, whats, wheres, hows, and whys of talking tonot just listening forextraterrestrials. Some at the Institute hoped to come away with concrete plans for making a message and dashing it off into space. This was to be the first step forward. 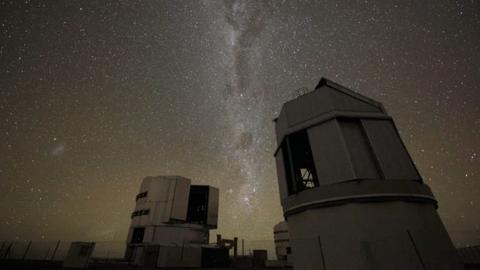 Within the meetings, though, prominent players like David Brin and John Gertz expressed firmly anti-broadcasting views. They echoed sentiments that Stephen Hawking had popularized in a 2010 Discovery Channel documentary: If aliens visit us, the outcome would be much as when Columbus landed in America, which didn’t turn out well for the Native Americans. He urged earthlings to avoid all contact. Aliens are a plague.

Lots of SETI scientists dont fear interstellar warfare. They do, perhaps, fear for their personal and professional security. Could their organizations handle the public backlash if they decided to transmit?

I think that meeting really did crystallize the danger that some of the people in the SETI community perceivenot a danger from ET but a danger in the reputation of the organization, a danger of losing funding, Vakoch says. Who in their right mind wants to take on Stephen Hawking?

Well, Vakoch, for one. Later that year, he created METI International.

METI International has only just celebrated its first anniversary, and held its first international conference in May. But it already has big plans. It has another conference planned for 2017, about evolution. Before the end of 2018, the organizationhopes to start a long-term broadcasting project, study how intelligence evolves, and form a network of telescopes to search for ETs laser pulses, among other goals.

All with volunteer work by the trustees, for now. SETI work began in the 1960s when scientists looked for radio broadcasts from otherworldly civilizations. But once humans had developed cheap communication-via-laser-pulse, humans thought, Aliens might have stumbled upon that, too. The traditional SETI communitynow watchesfor these bursts—but they mostly use big telescopes, which are pricey and in high demand.

So METI is focusing on small telescopes. Our model for SETI is to complement big-scale projects with small optical projects, says Vakoch. If all the big-SETI money dries up after billionaire-backed Breakthrough Listen is over in 10 years, the little projects can keep plugging along, sustaining not just the search but the scientists and their skill sets. The original approaches are still worth doing, he says. But as we mature, we need to add even more new approaches.

And METIthe practice, not the organizationis one of those approaches. Focus on seeking and not sending made sense at the beginning. But Vakoch believes that its time to up the anteand that that upping will actually benefit SETI itself. METI isnt about giving up on SETI, he says. Its about saying, What do we need to ensure that SETI can continue into the future?”

We shouldnt be afraid of shouting into the void, hesays. If angry ETs wanted to be here, theyd be here already, having picked up our old television broadcasts. And there are plenty of empty super-Earths to pillage for resources.

Fear is a wonderful thing, says Vakoch. Fear helps us avoid danger. But when itmakes us shrink back from what I consider our essential nature of being an exploratory species, thats when it hurts us.

Maybe METI International will inspire the next message-makers science fair project, leading them to form another organization 40 years from now, guiding SETI and METI and in new directions. Or maybe humans will already be engaged in a cosmic conversation by then.