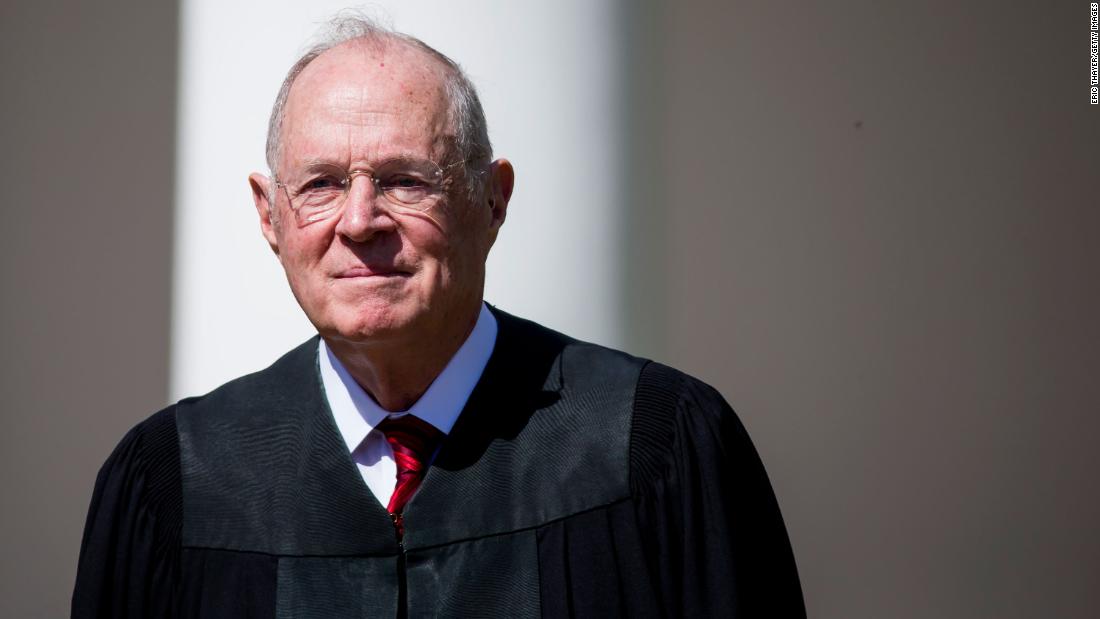 Washington (CNN)Senate Majority Leader Mitch McConnell said Wednesday that his chamber will work to replace Justice Anthony Kennedy before the midterms, a decision filled with political ramifications across Capitol Hill and the nation.

Kennedy, who provided key votes for same-sex marriage, abortion access and affirmative action, had announced hours earlier Wednesday his plans to retire from the Supreme Court. The retirement is effective July 31, Kennedy said in a letter to President Donald Trump.
The weight of Kennedy’s decision to step down is not lost on the senators, as the President’s decision on a successor could transform the Supreme Court for generations.
Trump will have his second opportunity to nominate a justice and will likely replace Kennedy with a young, conservative jurist. That would create a bloc of five staunch conservative justices who could move the court further to the right and cement a conservative majority for the foreseeable future.
Senate Judiciary Chairman Chuck Grassley, an Iowa Republican whose committee will handle the successor’s confirmation hearing, praised Kennedy’s legacy in a statement, also saying he expects the nomination process to begin “soon.”
“For more than three decades, Justice Kennedy served with great distinction on the Supreme Court of the United States,” he said in the statement. “I expect the President will soon nominate someone for the Senate to consider. I encourage the President to choose a nominee with the credentials, intellect and commitment to the rule of law necessary to serve on the Supreme Court.”
He added: “I look forward to having the nominee before us in the Senate Judiciary Committee for his or her hearing in the weeks ahead.”
Majority Whip John Cornyn, who learned the news from reporters at Capitol Hill, said the process of replacing Kennedy “energizes” conservatives.
“Mcconnell will make it a priority,” he told reporters. “I think that’s one thing (that) energizes conservatives more than anything else, is the Supreme Court.”
He added: “My sense is we will be very busy after the President nominates his successor.”
Fellow Texas Republican Sen. Ted Cruz called the moment to replace Kennedy an “opportunity” for Republicans, who have the majority in the Senate, to choose someone who represents their values.
“Justice Kennedy’s retirement presents an opportunity for the President to appoint and the Senate to confirm a principled constitutionalist who will defend the Bill of Rights, defend the fundamental liberties of Americans, and I am hopeful that is exactly that will happen,” he said. “I am confident we will take up and confirm the nominee this year before the election.”
A Republican involved with Senate races says the Kennedy retirement is going to reshape the midterm dynamics by energizing conservatives and squeezing red-state Democrats, who will have to choose between a base that will want a big fight and more moderate voters. The source called the retirement “a majority saver.”
In a rare hallway interview, Utah Republican Sen. Mike Lee told reporters that Kennedy’s retirement is “big news” and as a lifelong watcher of the court, he’s very interested in what comes next.
Asked if he’d be interested in the job, Lee noted that he “started watching Supreme Court arguments for fun when I was 10 years old.”
If asked to consider it, Lee responded: “I would not say no.”
Trump said he would select a replacement from the list of possible justices that he released during his campaign.
“We have a very excellent list of great, talented, highly educated, highly intelligent, hopefully tremendous people,” he told reporters Wednesday after the news. “I think you see the kind of quality that we’re looking at when we look at that list.”
This story is breaking and will be updated.