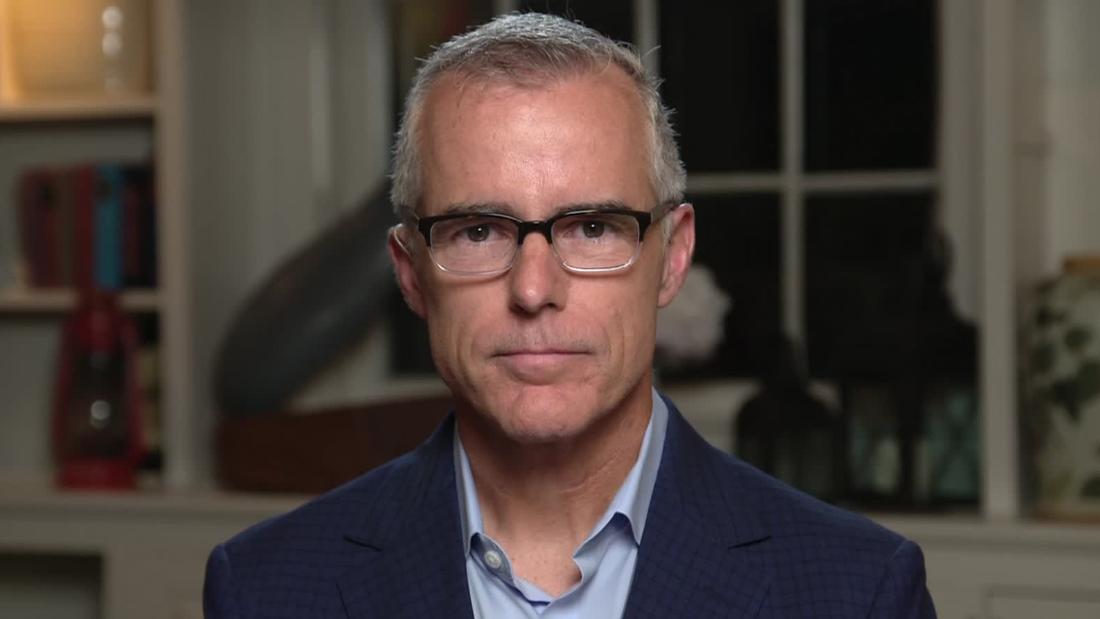 (CNN)Andrew McCabe, the former acting FBI director who’s been told he may be indicted, told CNN on Tuesday that he would never cut a deal with federal prosecutors to avoid an indictment.

“Absolutely not, under any circumstances,” McCabe said. “I never intentionally misled anyone about anything and I will not stand up and claim that I’ve done something that I didn’t do.”
McCabe is a CNN contributor.
McCabe has found himself a target of investigators and Republicans, including President Donald Trump, since 2016, when he authorized a leak to a then-Wall Street Journal reporter about a conversation he had endorsing the investigation of the Clinton Foundation. The Justice Department’s independent inspector general, who looked into the incident, found McCabe had lacked candor on four occasions when he spoke to investigators about the leak. The inspector general then referred the matter to the FBI.
“I absolutely reject the findings” of the inspector general, McCabe added in his roughly 10-minute interview with Cuomo. He added, “I certainly have not committed a crime.”
McCabe declined to answer Cuomo when asked why he had given investigators the wrong answer in 2016 and 2017, which the inspector general found to be misconduct worthy of further federal investigation. He cited the pending investigation as a reason not to speak more in detail.
Last week, speculation over whether he would be indicted for his comments during interviews with investigators rose to a fever pitch. The US attorney for the District of Columbia, Jessie Liu, had recommended he be indicted in recent weeks.
The Justice Department told McCabe’s attorneys last Thursday that it had rejected his appeals to top officials to avoid the charges. But no indictment — nor any other update from the Justice Department — had come as of Tuesday night, according to a spokesperson for his legal team.
McCabe told Cuomo on Tuesday that he has heard nothing more about a possible indictment since that flurry of activity.
‘We only know what we know. The (prosecutors’) office has not responded to us with any significant information,” McCabe said.
McCabe, an early and frequent target of Trump because of his role as a leader in the early Russia investigation and his wife’s activity in Democratic politics, has said that he never intentionally misled anyone, and later corrected his statements to investigators. He also had the authority at that time to disclose the information to the reporter.
An indictment of the former acting FBI leader would be an unusual prosecution of a senior law enforcement official who’s become a political foe of the current administration.
Separately, McCabe has sued the Department of Justice and FBI for firing him hours before reaching his official retirement date. He claims he was targeted for political reasons, especially by Trump himself, and lost his job, a pension and other retirement benefits he had earned. The lawsuit, in federal court in Washington, is still in its earliest stage.