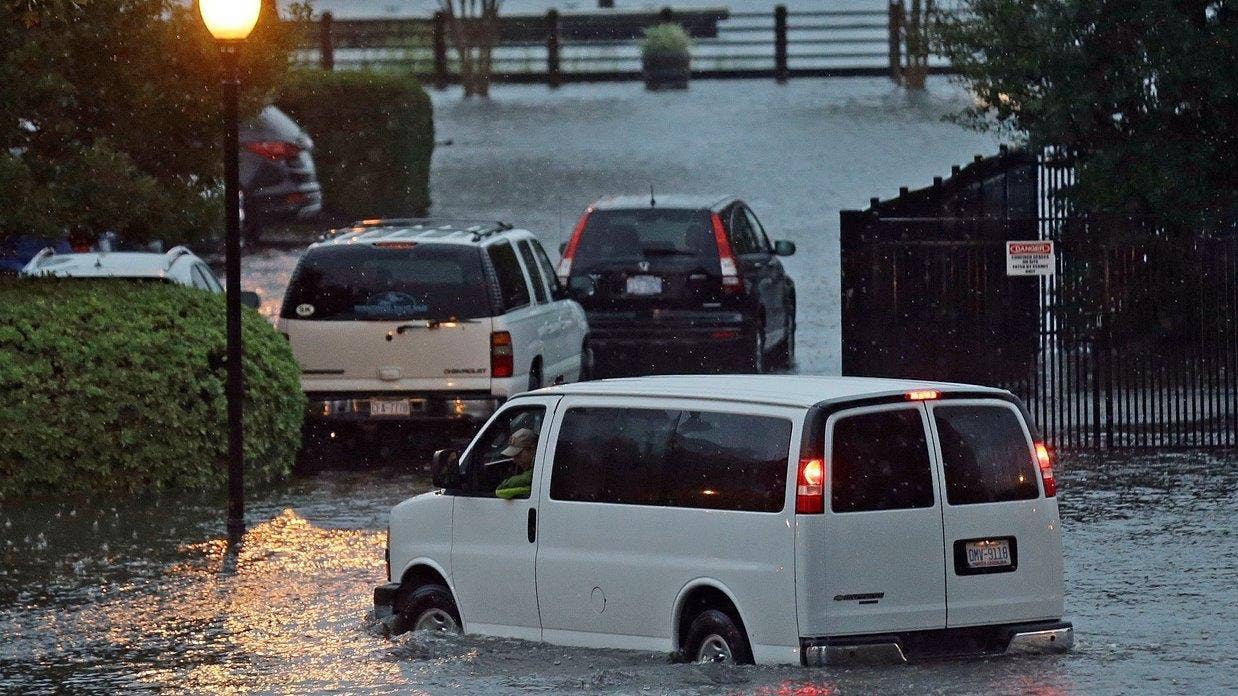 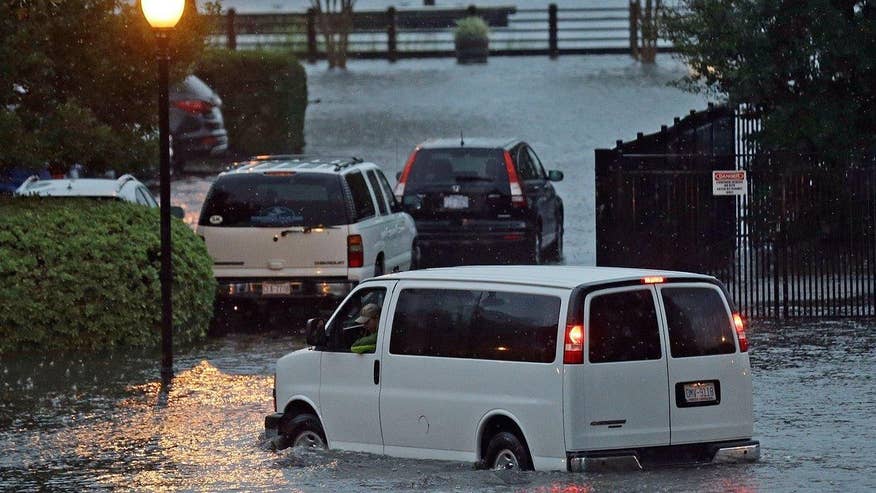 As North Carolina reeled from Matthew’s devastating flooding, officials announced Sunday that the storm killed at least eight people in the state, and 18 overall in the U.S.

Dozens of people — including a woman and her small child — had to be rescued from their cars as life-threatening flash floods surprised many in North Carolina. Rivers and creeks overflowed, driving people from their homes.

The unofficial rainfall totals were staggering: 18 inches in Wilmington, 14 inches in Fayetteville and 8 inches in Raleigh. “This is a very, very serious and deadly storm,” Gov. Pat McCrory said.

Officials in Haiti said the storm killed more than 500 people when it tore across the country as a hurricane.

Shortly before daybreak, the hurricane was downgraded to a post-tropical cyclone. As of 8 a.m. EDT, the storm was centered about 60 miles southeast of Cape Hatteras, North Carolina, moving out to sea. It still had hurricane-force winds of 75 mph.

Forecasters said North Carolina and Virginia could get even more rain and warned of the danger of life-threatening flooding through Monday night.

While the crisis was far from over in North Carolina, other places to the south began getting back to normal, with millions relieved that the storm wasn’t the catastrophe that many had been bracing for.

In many places along the Southeast coast, the damage consisted mostly of flooded streets, blown-down signs and awnings, flattened trees and power outages. The storm made landfall as a hurricane Saturday in McClellanville, South Carolina — the same town where Hurricane Hugo made landfall in 1989, Fox Carolina reported.

As the skies cleared on Saturday, people started cleaning up, reopening their businesses or hitting the beach. The power started coming back on. And all three major theme parks in Orlando, Florida, including Walt Disney World, were up and running.

Along Daytona Beach’s main drag, the Silver Diner had all of its shiny metal siding ripped off the front and sides, leaving only a wood frame exposed. Next door, the window of a souvenir shop had been blown out and the roof and ceiling torn through, leaving pink insulation dangling.

David Beasley, president of Insurance Recovery Inc., surveyed the damage and said that although it looked bad, the main strip was hit harder by Hurricanes Charley and Frances in 2004.

“This is not much compared to those two,” he said.

After pounding North Carolina and drenching parts of Virginia, it was expected to veer out to sea, lose steam and loop back around toward the Bahamas and Florida, too feeble to cause any trouble.

For nearly its entire run up the coast from Florida, Matthew hung just far enough offshore that communities did not feel the full force of its winds.

Its storm center, or eye, finally blew ashore just north of Charleston on Saturday, but only briefly. And by that time, Matthew was just barely a hurricane, with winds of just 75 mph.

Matthew’s winds were howling at a terrifying 145 mph when the hurricane struck Haiti, where five days later the full extent of the tragedy was not yet known because some devastated areas were still unreachable.

About 100 guests and workers had to be evacuated from a Comfort Inn motel in the North Carolina coastal town of Southport after the hurricane cracked a wall and left the roof in danger of collapse, authorities said. And dramatic video showed Fayetteville police rescuing a woman and her small child from their car as rising waters swallowed it.

An estimated 2 million people in the Southeast were ordered to evacuate their homes as Matthew closed in. By hugging the coast, the storm behaved pretty much as forecasters predicted. A shift of just 20 or 30 miles could have meant widespread devastation.

While Matthew’s wind speed had dropped considerably by the time it hit the Southeast coast, the storm will rank as one of the most powerful hurricanes on record, based on such factors as wind energy and longevity, and as one of the most long-lived major hurricanes, too.

It was a major hurricane — that is, with winds of at least 110 mph — for just over seven days.

Hundreds of thousands of people lost power in North Carolina, three-quarters of a million in South Carolina, 250,000 in Georgia and about 1 million in Florida.

Eight deaths were blamed on the storm in North Carolina, four deaths in Florida, three in Georgia and three in South Carolina. The deaths included an elderly Florida couple who died from carbon monoxide fumes while running a generator in their garage and two women who were killed when trees fell on a home and a camper.