The Securities and Exchange Commission has sued professional golfer Phil Mickelson, saying he profited from an insider trading scheme 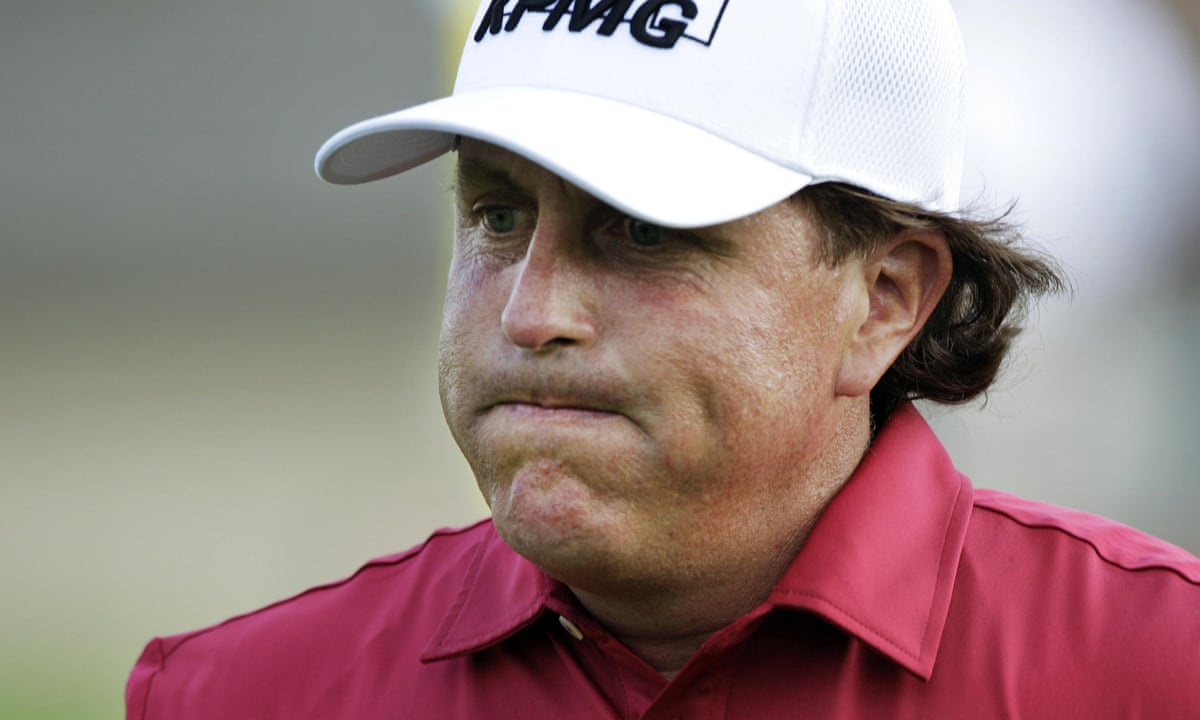 The five-time major winner Phil Mickelson has agreed to forfeit nearly $1m that the Securities and Exchange Commission said was unfairly earned on a tip from an insider trading scheme conducted by a former corporate director and a professional gambler.

The SEC announced criminal charges on Thursday against a gambler named William Walters and the former director of Dean Foods, Thomas Davis, alleging that the pair used inside information about the company to make millions of dollars in illicit stock trades between 2008 and 2012.

In 2012, the SEC says, Walters called Mickelson, who owed him money, and urged him to trade Dean Foods stock. The SEC says the golfer did so the next day and made a profit of $931,000.

Simply put, Mickelson made money that wasnt his to make, Andrew Ceresney, head of the SECs Enforcement Division, said at a Manhattan news conference.

Mickelson was not charged criminally in the case. Mickelsons management group issued a statementon Thursday saying that he felt vindicated that the SEC hadnt been charged with violating securities law.

At the same time, however, Phil has no desire to benefit from any transaction that the SEC sees as questionable, it said. Accordingly, he has entered into an agreement with the SEC under which he will return all the money he made on that 2012 investment, it said.

Davis has already pleaded guilty in the case and is cooperating with the investigation, the US attorney in Manhattan, Preet Bharara announced on Thursday at a news conference in New York. Walters was arrested by the FBI in Las Vegas on Wednesday.

From 2008 through 2012, the SEC said, Davis passed Walters highly confidential information on Dean Foods, including sneak previews of at least six of the companys quarterly earnings announcements and advance notice of the spin-off of its profitable subsidiary, WhiteWave Foods Co.

In 2013, Davis also gave Walters inside information that Davis had gotten from a group of investors who confidentially shared their plans to buy stock in Darden Restaurants Inc., the SEC said. Based on the tips, Walters reaped illegal trading profits and avoided losses of at least $40m, according to the regulators.

Mickelson was not in the field of the Byron Nelson Classic in Irving, Texas, where play began on Thursday morning.

In their statement, Mickelsons management representatives said he wasnt losing any endorsement deals over the episode.

Phil understands and deeply respects the high professional and ethical standards that the companies he represents expect of their employees, associates and of Phil himself. He subscribes to the same values and regrets any appearance that, on this occasion, he fell short. He takes full responsibility for the decisions and associations that led him to becoming part of this investigation, it said.

In May 2014, Mickelson confirmed that FBI agents investigating insider trading questioned him as he finished playing a round at the Memorial Tournament in Dublin, Ohio.

Mickelson wouldnt discuss details about his relationship with Walters, a multimillionaire who owns several golf courses and auto dealerships. He wouldnt talk about stock tips he received, but reiterated that he did nothing wrong.

And thats why Ive been fully cooperating with the FBI agents, and Im happy to do in the future, too, until this gets resolved, he said two years ago.

Mickelson, 45, was inducted into the World Golf Hall of Fame in 2011. He has won 42 tour events, including five majors three Masters, one PGA Championship and one British Open.

Mickelson has long had a reputation for being a gambler, though he has said he scaled back his habit after his son, Evan, was born in 2003. The most publicized payoff was when Mickelson and friends won $560,000 on a preseason bet (28-1 odds) that the Baltimore Ravens would win the 2001 Super Bowl.

He has a history of playing money games during the practice rounds. He occasionally gets a group of players and caddies together for dinner and small wagering during the NBA and NHL playoffs, and prominent fights.

A spokesman for Dean Foods, based in Dallas, said Thursday that Davis resigned from the companys board of directors last year and is no longer affiliated with the company. Dean Foods said it is cooperating with the government investigation.