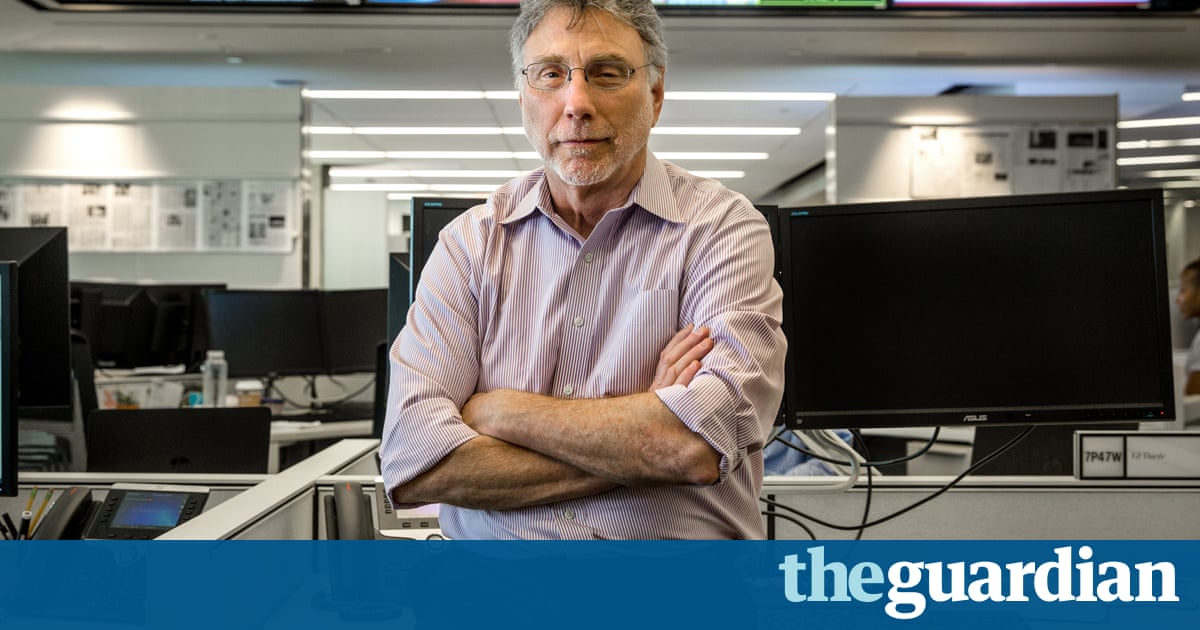 The phone call that would, just hours later, inflict a highly damaging blow to Donald Trumps presidential ambitions came through to Washington Post reporter David Fahrenthold mid-morning on Friday 7 October. The source a Snapchat-era Deep Throat informed Fahrenthold, whose dogged exposure of the operations of the Trump Foundation had so infuriated the billionaire, that they had some previously unaired video of Trump. Would he be interested in viewing it?

David recognised immediately that [the footage] was explosive, says the Posts executive editor Martin Baron, and the first task was to make sure it was authenticated, which he was able to do pretty quickly.

The Post sent a transcript of the video outtakes from a 2005 edition of the NBC show Access Hollywood, in which Trump is heard bragging that when youre a star you can do anything [to women] grab them by the pussy to the Trump campaign for comment.

They asked us for the actual video, says the softly-spoken Baron, and shortly after that they sent us Donald Trumps initial response. Five hours on from the tip-off, the video and accompanying piece went live on the Post, reverberating around the world.

While Grope-gate (as some are inevitably calling it) may be a far cry from Watergate, the Posts most famous scoop, it was nevertheless a momentum-shifting event in the presidential race, which has seen Trump, who had previously claimed that he could shoot somebody on Manhattans Fifth Avenue and not lose votes, since struggle to regain his swagger. Yet, while the Trump revelations have lately flowed thick and fast, there has been criticism (even in the Post) that much of the US media was initially slow to take Trump seriously, particularly early on in the Republican primaries.

Baron vigorously defends his corner. At the Post, we took the candidacy seriously from the very beginning, he insists, going on to cite reporting, among other things, on Trump Mortgage, the Trump University, and his multiple bankruptcies in Atlantic City.

Other people reacted in a different way. Certainly there was a tremendous amount of cable coverage of his rallies, he says. Wall-to-wall, they would cover his rallies from beginning to end, on live television. I dont happen to think that was a wise decision on their part.

Baron does concede, however, that Trump is skilful at using the media. [During the primaries] he would call into shows, which would normally require a candidate to show up in person, they would just take his phone call and hed be on the air, and then hed call the next show. Hes been by far the most accessible presidential candidate ever.

Indeed, even when the Trump campaign barred the Posts reporters from his events (for, they claimed, inaccurate reporting), he still made himself available to Barons team. We had actual published interviews with him, [even] while we were on the blacklist, he says.

Born in 1954 and raised in Tampa, Florida, Baron, whos a fluent Spanish speaker, cut his teeth at the Miami Herald, which he first joined in 1976. He went on to work at some of Americas most prestigious titles the Los Angeles Times, the New York Times, and the Boston Globe. As Globe editor, the paper won six Pulitzer prizes, including in 2003 for the Spotlight teams investigation into sexual abuse by Catholic priests, which was turned into the Oscar-winning movie Spotlight last year. In 2013, he became executive editor of the Post, which a little over three years ago was acquired by Amazon founder Jeff Bezos for $250m from the Graham family.