Five other men are still in a stable condition after testing the pain-relief drug, although doctors fear three may have suffered irreversible brain damage 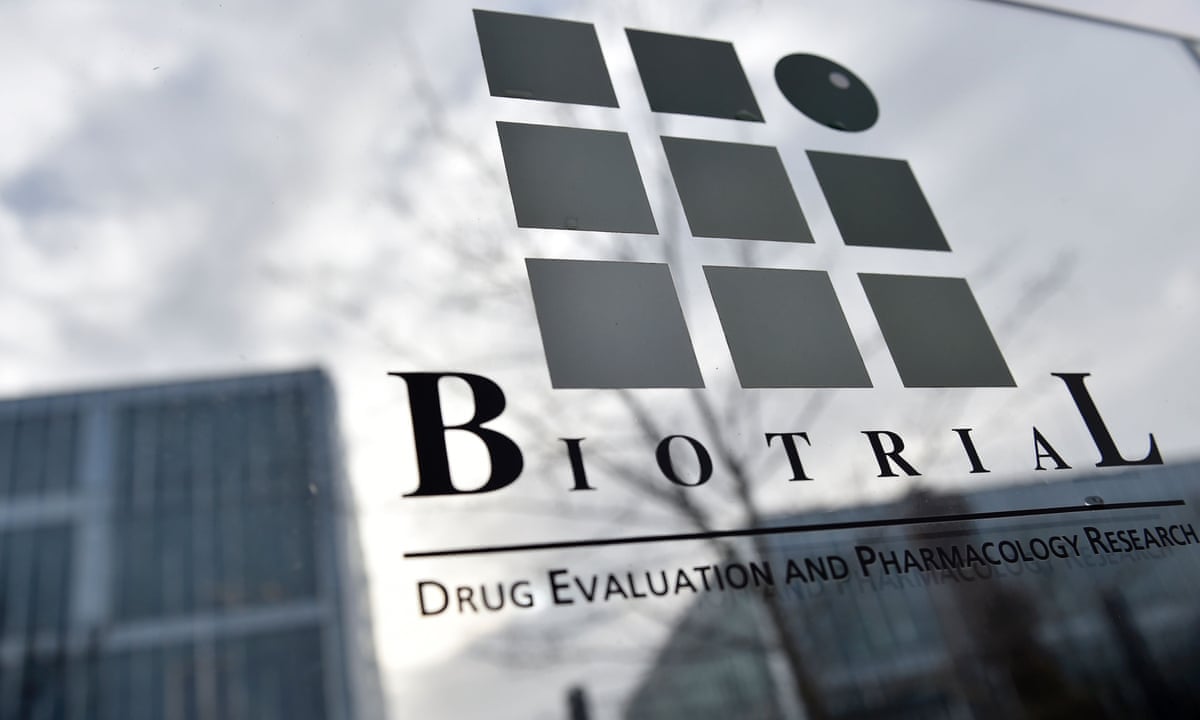 A French man in his 20s who volunteered to take part in a drug trial has died after serious side effects left him brain dead.

Five other men are still in hospital in a stable condition, but doctors fear three of them may have suffered irreversible brain damage.

The drug, which acted on the bodys neurological system and particularly pain and mood receptors, was undergoing a phase one trial on humans for the first time at a clinic near Rennes in north-west France. The test was being carried out by the private research company Biotrial on behalf of the Portuguese pharmaceutical firm Bial.

The six men, aged between 28 and 49 and all in good health, were in the same trial group that began taking the drug on 7 January. Three days later, one of the volunteers felt unwell and was admitted to hospital, followed by the five others in subsequent days.

On Friday, when news of the incident was revealed, Marisol Touraine, the French health minister, said a total of 108 people had taken part in the trial; 90 of whom were given varying doses of the drug while the rest took a placebo. The six men who fell ill were in a group that was given the highest dose.

All trials on the medication have been suspended and all volunteers who took it have been contacted. A further 10 have been examined by doctors but showed no ill effects.

Three separate inquiries have been opened including one by the Paris public prosecutor into what is the worst drug trial tragedy of its kind to have taken place in France.

Touraine said Frances national agency for medicine and health product safety (ANSM) had approved the trial being carried out on 26 June 2015. The drug was an FAAH inhibitor that acted on the bodys endocannabinoid system, which controls pain, Touraine added.

The trial the first of three tests on humans after the drug has been tried on animals typically involves a small number of volunteers and is intended to evaluate the safety of its use, tolerance and the pharmacological profile of the molecule, Touraine said. In this case, the mediation had already been tested on chimpanzees in July.

Pierre-Gilles Edan, head of the neurology department at the Rennes hospital where the men are being treated, said on Friday that as well as the man who has since died, three were suffering a handicap that could be irreversible and a fourth had neurological problems. A sixth man appears to have suffered no adverse affect from the drug but is being monitored.

Speaking on France Info, Edan said the first patient who arrived had such severe symptoms that his team thought he might have suffered a stroke.

Because the drugs effects on humans are not known, we need to monitor the patients very closely. We cannot make a certain prognosis.

In a statement on Saturday, Bial said the drug was being developed as a possible treatment against chronic pain.

A local online news site Breizh-info.com said it had been contacted by a man who had volunteered to take the drug, but was turned down.

He produced an email from Biotrial outlining the test of the drug named Bia 10-2474, which described it as a product in the process of being developed for different medical afflictions from anxiety to motor troubles caused by Parkinsons disease and also in the treatment of chronic pain, multiple sclerosis, cancer, high blood pressure and even in the treatment of obesity … the main object is to evaluate the safety of use and tolerance of the administering of single doses by mouth.

Volunteers were to be paid 1,900 for taking part and the trial was to last from 4 to 18 January.