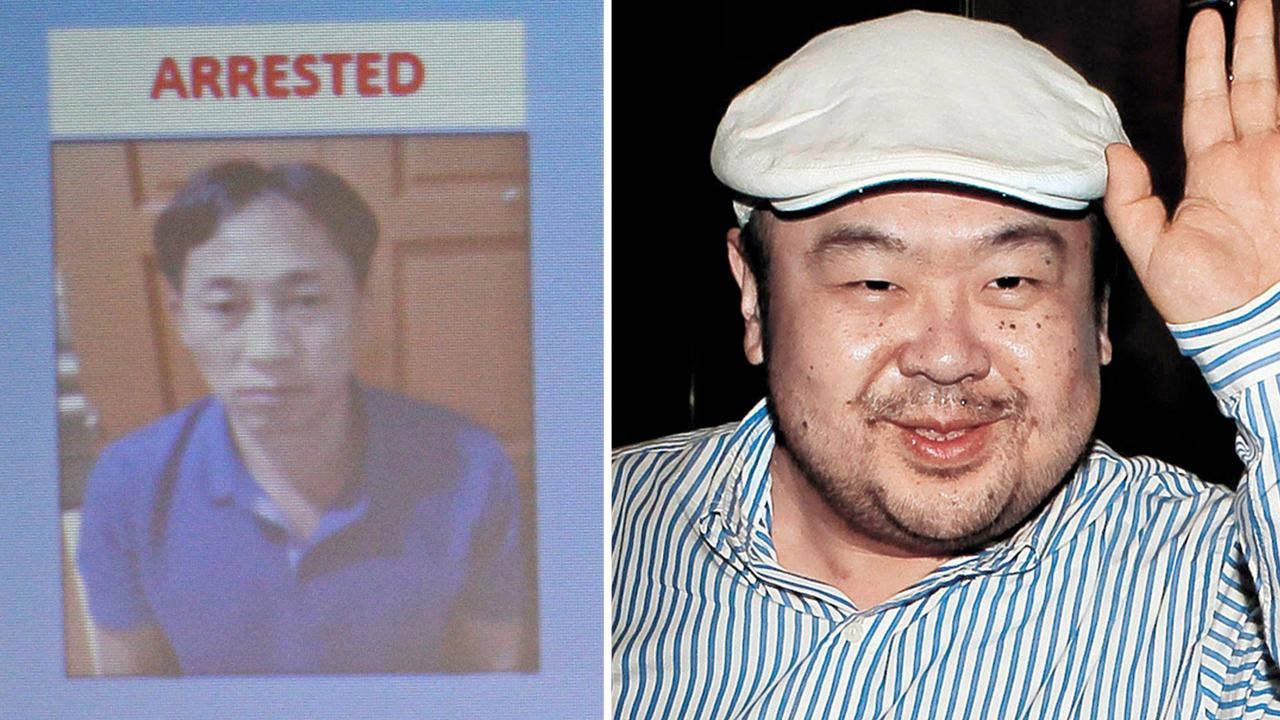 KUALA LUMPUR, Malaysia –  Malaysian police on Friday released the only North Korean it had detained in the killing of the half brother of North Korea’s leader, as it condemned the use of a banned nerve agent in the attack and vowed to bring the perpetrators to justice.

Ri Jong Chol, who had been detained since Feb. 17, four days after Kim Jong Nam’s death, was handed over to immigration officials for deportation. Police never said what they had thought his role had been in the attack, but national police chief Khalid Abu Bakar confirmed Friday that Ri was released due to a lack of evidence against him.

Malaysian Attorney General Mohamad Apandi Ali has said that Ri would be deported because he didn’t have any valid travel documents.

Two women one Indonesian, one Vietnamese have been charged with murdering Kim at an airport terminal Feb. 13. They were caught on grainy surveillance video smearing what Malaysian authorities say was VX nerve agent on his face and eyes, though both reportedly say they were duped into thinking they were playing a harmless prank.

Police are searching for seven North Korean suspects, including four believed to have left Malaysia the day Kim, the estranged half brother of North Korean leader Kim Jong Un, was killed. One of the suspects believed to still be in Malaysia is an official at the North Korean Embassy.

A statement from Malaysia’s Foreign Ministry ramped up the pressure on Pyongyang on Friday, saying it was “greatly concerned” with the use of the toxic chemical and condemning the use of such a chemical weapon under any circumstances.

“Its use at a public place could have endangered the general public,” the foreign ministry said.

Malaysia has not directly accused North Korea of being behind the killing, but the statement came hours after a North Korean envoy rejected a Malaysian autopsy finding that VX nerve agent killed Kim, saying the man probably died of a heart attack because he suffered from heart disease, diabetes and high blood pressure.

Ri Tong Il, a former North Korean deputy ambassador to the United Nations, also said that if VX had been used, others besides Kim would have been killed or sickened.

Kim’s death has unleashed a diplomatic battle between Malaysia and North Korea. On Thursday, Malaysia announced it is scrapping visa-free entry for North Koreans.

North Korea is trying to retrieve Kim’s body, but it has not acknowledged that the victim is Kim Jong Un’s half brother, as Malaysian government officials have confirmed.

Pyongyang refers to the victim as Kim Chol, the name on the diplomatic passport he was carrying when he died. Malaysian police are doing the same; they are seeking next-of-kin who could provide a DNA sample and make a positive identification, steps they say are needed for authorities to give up the body. Kim is believed to have two sons and a daughter with two women living in Beijing and Macau.

Khalid, the national police chief, brushed off the North Korean envoy’s claim of a heart attack.

“We have our experts who are qualified to determine the cause of death of Kim Chol. Our investigations, supported by expert reports, confirmed that Kim Chol was murdered. North Korea can say what they like but the facts remain,” Khalid told The Associated Press.

Malaysian police said the female suspects had been trained to go immediately to the bathroom and wash their hands after attacking Kim. The police said the four North Korean suspects who left the country the day of the killing put the VX liquid on the women’s hands.

Police can’t confirm whether the two women may have been given antidotes before the attack. An antidote, atropine, can be injected after exposure and is carried by medics in war zones where weapons of mass destruction are suspected.

North Korea has a long history of ordering killings of people it views as threats to its regime. Kim Jong Nam was not known to be seeking political power, but his position as eldest son of the family that has ruled North Korea since it was founded could have made him appear to be a danger.

Kim Jong Nam reportedly fell out of favor with his father, the late Kim Jong Il, in 2001, when he was caught trying to enter Japan on a false passport to visit Tokyo Disneyland.