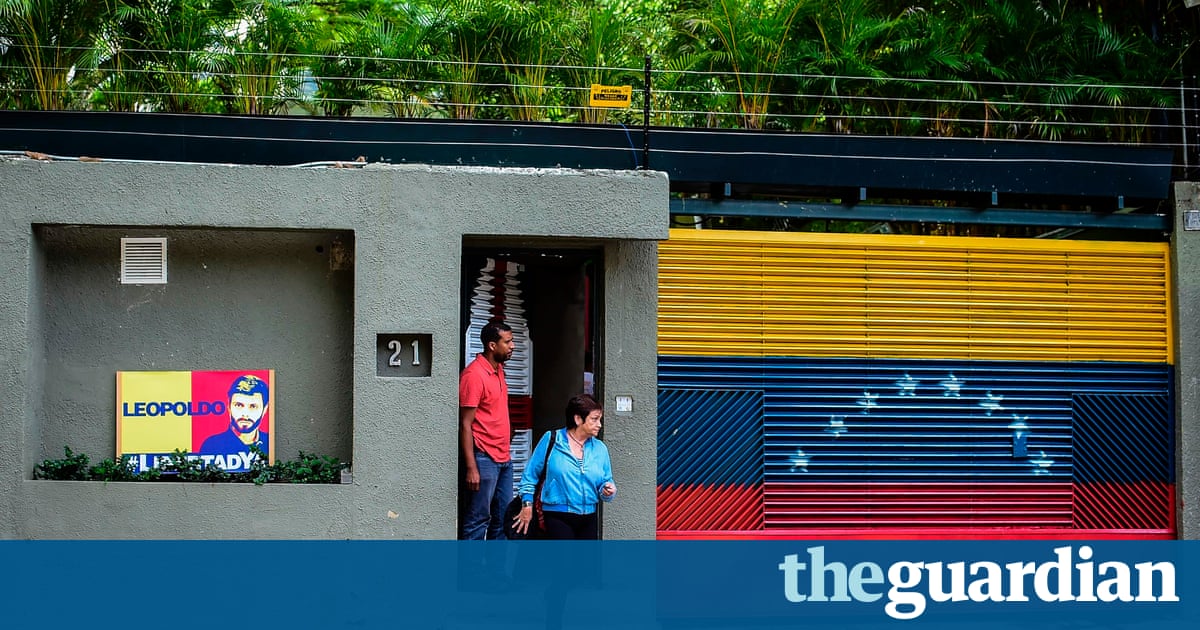 The rearrest of two of Venezuelas most prominent opposition leaders in midnight operations has prompted further condemnation of President Nicols Maduros government which was already accused of attempting to seize absolute power in the crisis-hit country.

Security officials led the raids early on Tuesday, after a court ruled that Leopoldo Lpez and Antonio Ledezma had violated the terms of their house arrests by calling on Venezuelans to protest against the weekend vote to elect a new body to rewrite the constitution.

The vote for the constituent assembly was boycotted by the opposition, and has been denounced around the world as an attack on democracy.

Lpez was sentenced to 14 years in prison for his role in leading street protests against Maduro in 2014. Ledezma is accused of plotting a coup. Human rights defenders have said in both cases the charges have been trumped up.

According to a statement from the pro-government supreme court, the two also had plans to flee.

The UN human rights chief, Zeid Raad al-Hussein, said he was deeply concerned that the two men had been taken into custody. I urge the authorities not to make an already extremely volatile situation even worse through the use of excessive force, including through violent house raids by security forces that have occurred in various parts of the country.

The US state department said the detentions were further evidence that Maduro is not willing to respect fundamental human rights.

Maduro may lock up two prominent political prisoners, but he cannot silence the millions of Venezuelans who oppose his government, nor key democratic leaders abroad who know that these detentions are desperate moves to cling to power at the expense of Venezuelas democracy and the rights of its people.

Lopezs wife, Lilian Tintori, posted a video of the moment of her husbands arrest on Twitter. 12:27 in the morning: the moment when the dictatorship kidnaps Leopoldo at my house.

Lpez was granted house arrest early last month after spending three years in the Ramo Verde prison. Ledezma has been under house arrest since 2015. His daughter, Vanessa, posted a video of her father, wearing pyjamas, being taken away by officials of the Sebin intelligence service.

Other opponents of the government have been targeted by security forces, and several human rights activists have gone into hiding since Friday following repeated raids on their homes, one source told the Guardian. Several are considering leaving the country, said the source, who requested anonymity.

Since 1 April, when widespread protests began against the government, more than 121 people have been killed. According to the prosecutors office, 16 died on Sunday, when the vote was held for the new constituent assembly, which would have the power to dissolve the legislature and other state institutions as well as rewrite the constitution.