French president is praised by Chinese experts for present of eight-year-old gelding, a symbol of French excellence 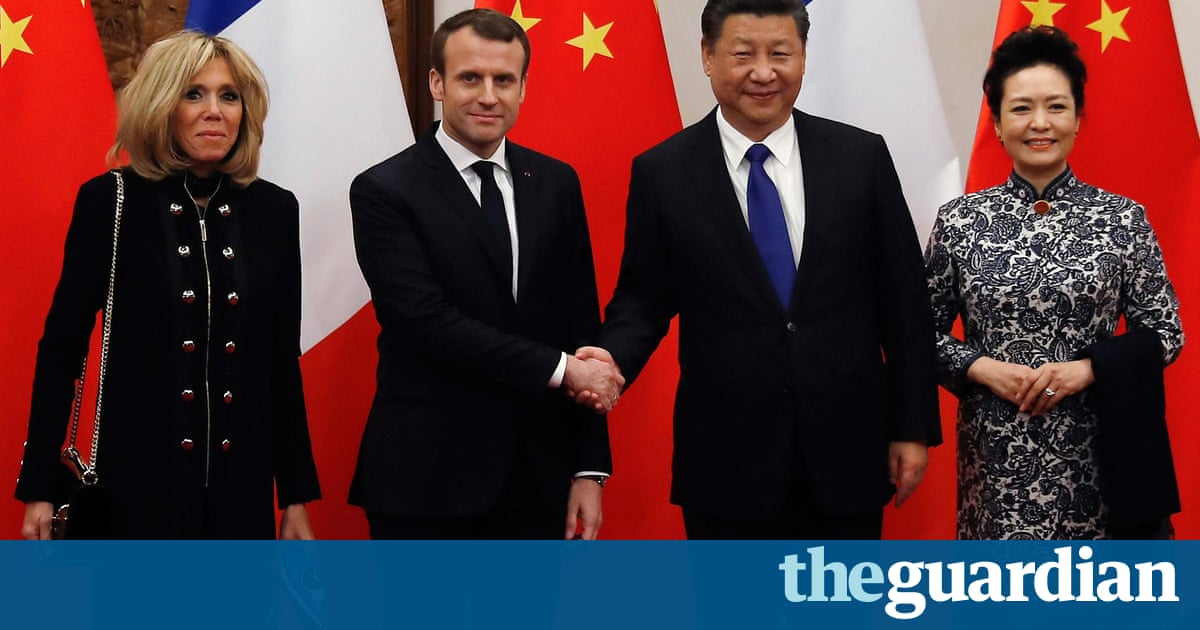 The French president, Emmanuel Macron, has fired the starting pistol on a three-day visit to China by giving his host, Xi Jinping, a horse called Vesuvius.

“It mattered a lot for the president, even if it was very complicated to import a horse for sanitary reasons,” one official said. “It’s a symbol of French excellence.”

Macron’s tour of Xi’an and Beijing is designed to boost ties between the two nations as Paris emerges as a key Chinese partner in Europe following Britain’s decision to abandon the European Union.

In a glowing interview with Chinese state media before his arrival, Macron said: “China is a country that fascinates me, like so many French people … [it is] the oldest living civilisation – a ‘state older than history’, as General de Gaulle once said.”

Chinese experts praised Macron’s decision to give the Middle Kingdom his horse, a move apparently inspired by the Chinese tradition of “panda diplomacy”, when Beijing bestows the black-and-white Sichuan natives upon its friends.

Ding said he saw the gift as an allusion to the Qianlima or “thousand-mile horse”, a mythical winged creature famed for its ability to travel great distances. By giving Xi such a present, Macron was signalling his desire for a long-lasting relationship with Beijing.

The four-legged gift was not Macron’s only goodwill gesture to Xi, who was recently anointed as China’s most powerful leader since Mao Zedong. By beginning his tour of China in Xi’an, the ancient Silk Road hub, Macron was also offering symbolic backing to Xi’s signature foreign policy campaign, the $900bn Belt and Road initiative.

Speaking on Monday, Macron insisted the sprawling Chinese development push, which some fear is simply a pretext to draw less developed nations into Beijing’s economic orbit, could not just benefit Beijing: “The new roads cannot only go one way.”

The equine offering places French diplomacy furlongs ahead of British counterparts, who have lost favour in Beijing following Brexit. When David Cameron travelled to China in 2013 he handed Xi a signed England football shirt. When the Communist party leader came to London in 2015 the Queen gave him a book of Shakespeare’s sonnets.

Theresa May has not yet had the chance to pay tribute, having repeatedly postponed a visit to China that was originally expected last summer. May is now expected to visit Beijing in late January.