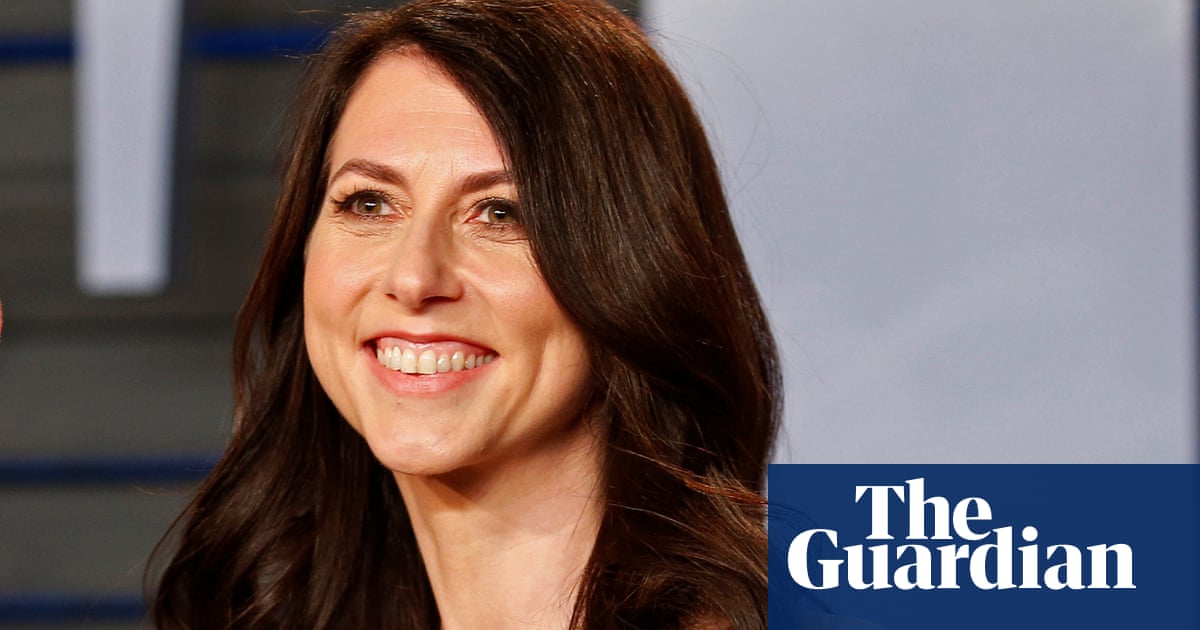 MacKenzie Bezos, who recently became the world’s fourth richest woman after her divorce from Jeff Bezos, founder and chief executive of Amazon, has promised to give away at least half her $36.6bn (£28.4bn) fortune.

The 49 year-old novelist and founder of the anti-bullying group Bystander Revolution said on Tuesday that she had “a disproportionate amount of money to share” and promised to work hard at giving it away “until the safe is empty”.

She made the declaration in a letter to the Giving Pledge, the philanthropic initiative created by the investor Warren Buffett and Microsoft’s principal founder, Bill Gates, to encourage the world’s richest people to commit to giving away at least half their wealth to charity.

MacKenzie, who married Jeff Bezos in 1993, a year before he started Amazon from his garage in Seattle, in the US, said: “There are lots of resources each of us can pull from our safes to share with others – time, attention, knowledge, patience, creativity, talent, effort, humour, compassion.

“In addition to whatever assets life has nurtured in me I have a disproportionate amount of money to share. My approach to philanthropy will continue to be thoughtful. It will take time and effort and care. But I won’t wait. And I will keep at it until the safe is empty.”

MacKenzie did not set out which causes she intended to donate to, but in the past she has supported marriage equality, action against homelessness, college scholarships for undocumented immigrants, as well as research on cancer and Alzheimer’s disease.

Jeff Bezos, the world’s richest person with a $114bn fortune, has not signed up to the Giving Pledge. He has given $2bn, amounting to less than 2% of his wealth, to the Bezos Day One Fund to help address homelessness and improve education for children in low-income families.

He congratulated his former wife in a tweet linking to her Giving Pledge letter. “MacKenzie is going to be amazing and thoughtful and effective at philanthropy, and I’m proud of her,” he said. “Her letter is so beautiful. Go get ‘em MacKenzie.”

MacKenzie Bezos became the world’s 22nd richest person, according to Bloomberg Billionaires Index, when she collected 25% of her former husband’s shares in Amazon when their divorce was finalised in April. Jeff Bezos maintained full-ownership of The Washington Post and his space exploration company, Blue Origin.