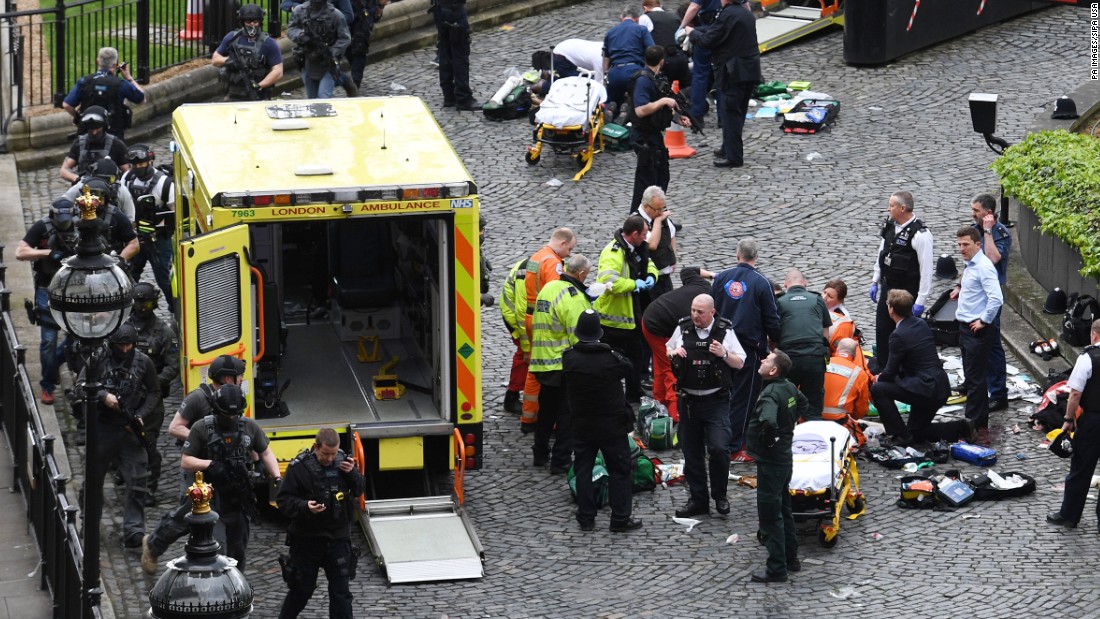 (CNN)A day after a terror attack in his city left three people dead and as many as 40 wounded, London Mayor Sadiq Khan says he has more important things to do than respond to a tweet from Donald Trump Jr.

Wednesday, President Trump’s son tweeted, “You have to be kidding me?!” in response Khan’s assertion in 2016 to The Independent newspaper that terror attacks are “part and parcel” of living in a major city.
“I’m not going to respond to a tweet from Donald Trump Jr.,” Khan told CNN’s Christiane Amanpour on Thursday. “I’ve been doing far more important things over the last 24 hours.”
Donald Trump Jr. manages the Trump Organization and has no role in the White House, but he remains an occasional surrogate for his father. The younger Trump also occasionally calls out the President’s political opponents on Twitter, the venue he chose Wednesday to weigh in on the incident in Britain.

You have to be kidding me?!: Terror attacks are part of living in big city, says London Mayor Sadiq Khan https://t.co/uSm2pwRTjO

“You have to be kidding me?!” Trump Jr. tweeted, as he shared a September 2016 article from The Independent, and paraphrased its headline as: “Terror attacks are part of living in big city, says London Mayor Sadiq Khan”
The article featured Khan’s reaction to a bombing in the Chelsea neighborhood of New York. In it, Khan said that the threat of terror attacks is “part and parcel of living in a big city,” and asked Londoners to be correspondingly “vigilant.”

Twitter users took to the platform to criticize Trump for his take on the tragedy.
Labour politician Wes Streeting — a party colleague of Khan — called the President’s son a “disgrace” for capitalizing on the attack for “political gain.”
“You use a terrorist attack on our city to attack London’s Mayor for your own political gain,” he wrote. “You’re a disgrace.”
A journalist for UK broadcaster Channel 4 accused Trump of mischaracterizing Khan’s words — suggesting that he didn’t read past the article’s lead paragraph.
“Is this helpful @DonaldJTrumpJr?” Ciaran Jenkins wrote. “Did you even read the article before goading London’s Mayor during a live incident?”

The White House issued a more conciliatory response to the terrorist attack. The President spoke by phone with British Prime Minister Theresa May, and White House press secretary Sean Spicer said Wednesday it would be “irresponsible” to speculate only hours after the attack on what precisely happened or who was responsible.
Khan and Trump Sr. had sharp words for one another during the campaign: Khan, who is Muslim, criticized Trump’s immigration ban, and Trump at one point challenged the London mayor to an I.Q. test.