Researchers admit prevention estimate is a best-case scenario, but stress that action can be taken to reduce dementia risk 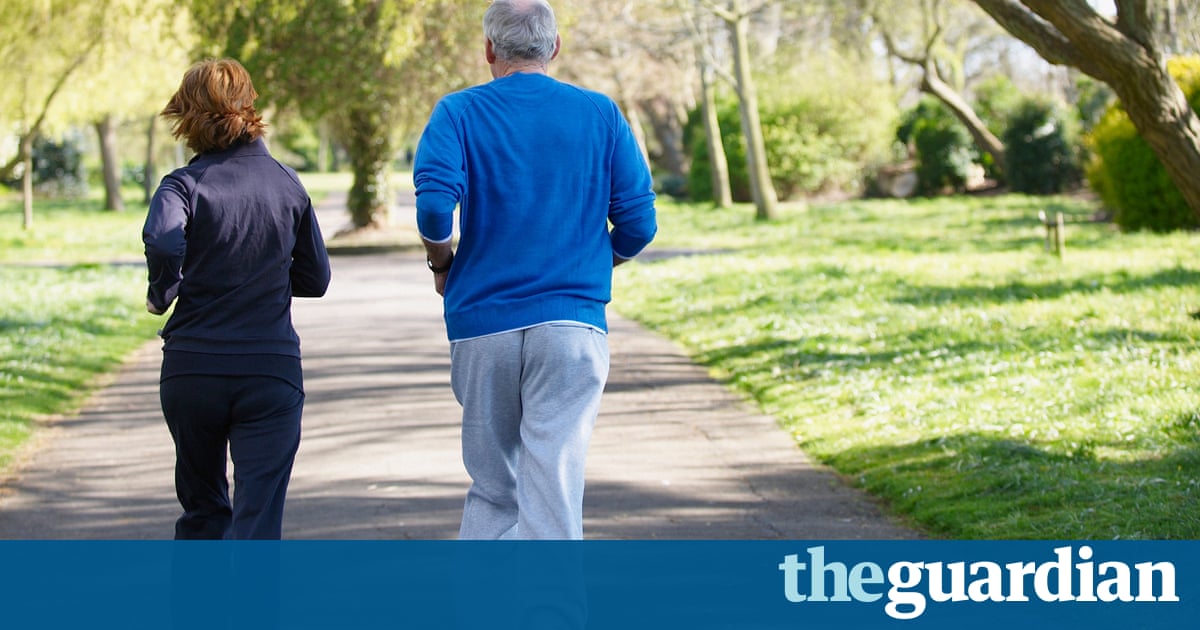 More than a third of dementia cases might be avoided by tackling aspects of lifestyle including education, exercise, blood pressure and hearing, a new report suggests.

Approximately 45 million people worldwide were thought to be living with dementia in 2015, at an estimated cost of $818bn.

And numbers are rising: in England and Wales it is estimated that 1.2 million people will be living with dementia by 2040 a 57% increase from 2016 figures, largely driven by people living longer.

But the new report from the Lancet Commission on dementia prevention, intervention and care, stresses that dementia is not an inescapable part of ageing and that action can be taken to reduce risk.

For many of the factors, including exercise and social activities, the best approach to reducing dementia risk is not yet clear, but Livingston stresses that steps can still be taken. We expect it to be a long-term change that will be needed for exercise; joining a gym for two weeks is probably not going to do it, she said.

Clive Ballard, professor of age-related diseases at the University of Exeter medical school and also a co-author of the report, added that the evidence suggests individuals should also try to follow a Mediterranean diet, maintain a healthy weight and keep an eye on their blood pressure.

In total, the study looked at nine lifestyle factors linked to an increased risk of dementia.

The results reveal that as many as 35% of dementia cases could, at least in theory, be prevented, with 9% linked to midlife hearing loss, 8% to leaving education before secondary school, 5% to smoking in later life and 4% to later life depression. Social isolation, later life diabetes, midlife high blood pressure, midlife obesity and lack of exercise in later life also contributed to potentially avoidable cases of dementia, the report notes.

By contrast, 7% of cases would be prevented if a solution to the leading genetic risk factor for dementia were found.

The authors say the findings highlight the importance of health and behaviour throughout life on the risk of developing dementia later on.

But they admit that the estimate that more than a third of dementia cases could be prevented is a best case scenario, with the figures based on a number of assumptions, including that each factor could be completely tackled. I think the realistic figure is probably nearer 5%, said Ballard, although he added that even a 5% reduction would mean 5,000 fewer dementia cases in the UK per year.

The authors also acknowledge that for some of the factors flagged it is not yet clear whether interventions could reduce the risk of dementia or delay its onset. Debate also exists around whether factors such as depression and social isolation drive an increased risk of dementia, or whether changes in the brain that lead to dementia could be behind such issues.

There is lots of evidence that depression is associated with an increased risk of developing dementia. What we dont know is whether treating depression better prevents it, added Ballard.

Even so, Fiona Matthews, professor of epidemiology at Newcastle University who was not involved in the report, said that interventions for depression and social isolation could still prove valuable. If we could actually resolve some of that issue, even if it is not 100% causal, it is likely we might be able to slow [dementia] progression – even if [an individual] is on a pathway to developing dementia already, she said.

But Matthews noted that the report also showed that the majority of cases of dementia were not linked to the potentially preventable factors flagged, although she added that the proposed areas for action could offer myriad health benefits beyond lowering dementia risk.

However, the authors pointed out that an intervention that delayed dementia onset and progression by even a year could decrease the number of people with dementia worldwide in 2050 by nine million.

Dr Doug Brown, director of research at Alzheimers Society, said that the estimate that more than a third of dementia cases could be preventable was a cause for celebration, but noted that difficulties remain.

Not all of the nine risk factors identified are easily modifiable factors like poor education and social isolation are incredibly challenging to address. But there are easier wins, particularly cardiovascular factors like lowering blood pressure and smoking cessation, he said.

Though its not inevitable, dementia is currently set to be the 21st centurys biggest killer. We all need to be aware of the risks and start making positive lifestyle changes.