As Aids and malaria deaths drop, 70% of deaths are now caused by diseases that often have lifestyle origins, study finds 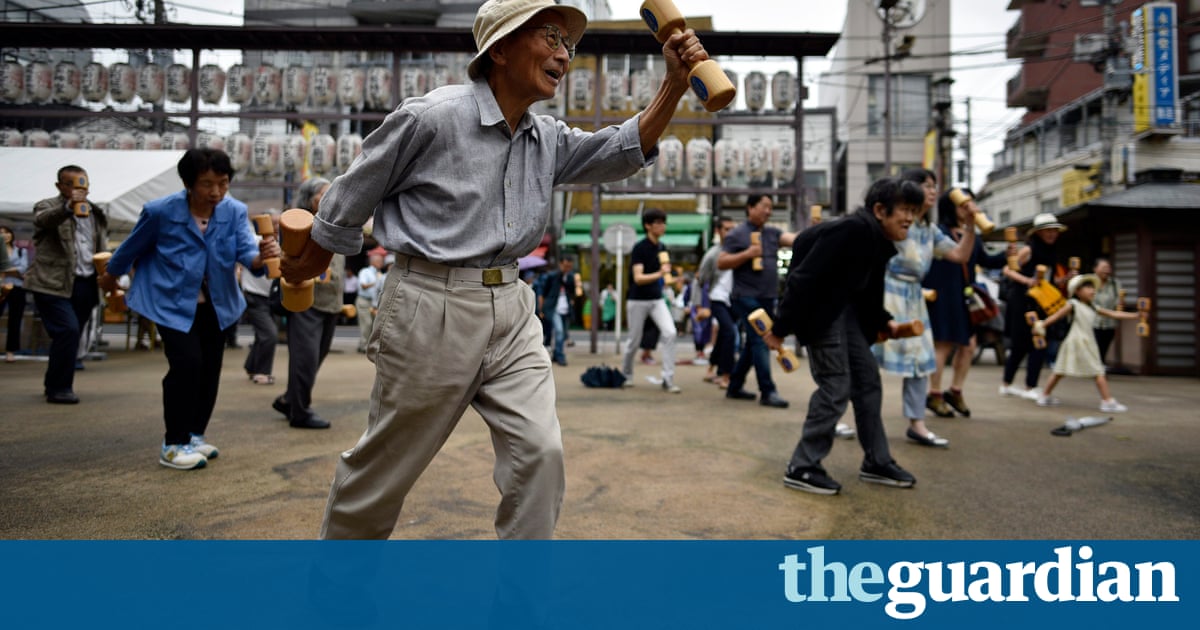 Life expectancy has increased by 10 years across the globe in the past 35 years, thanks in part to efforts to treat infectious diseases such as Aids and malaria, but diet, obesity and drug use are now major causes of death and disability while too many women still die in childbirth, data reveals.

The Global Burden of Disease study, which regularly reviews the causes of illness, disability and death in every country in the world, shows health is improving but not to the same extent or in the same ways in every country. And as people live longer, they are suffering from more ill health and disability in their old age.

Development drives, but does not determine health, said Dr Christopher Murray, director of the Institute. We see countries that have improved far faster than can be explained by income, education or fertility. And we also continue to see countries including the United States that are far less healthy than they should be given their resources.

Life expectancy from 1980 to 2015 has risen globally by more than a decade to 69 years in men and 74.8 years in women. The cause of 70% of deaths is non-infectious diseases that often have lifestyle origins, such as heart disease, stroke and diabetes, but also include dementia. HIV/Aids, which was a major killer, accounted for 1.2 million deaths in 2015, which is a reduction of a third from 2005.

People are spending more years with chronic illness and disability, caused by drug use particularly of opioids and cocaine loss of sight and hearing and osteoarthritis, according to the series of papers published by the Lancet medical journal.

Low back and neck pain, sight and hearing loss, depression and anaemia caused by a lack of iron were the main reasons why people were living in poor health. Huge numbers of people suffer for more than three months from cavities in their teeth 2.3 billion while 1.5 billion suffer long-term from tension-style headaches. There have been drops in the numbers with chronic obstructive pulmonary disease (COPD), asthma, cervical cancer and ischemic heart disease.

Environmental factors undermine peoples health worldwide. Obesity caused by bad diets those high in salt and low in fruit, vegetables, wholegrains, nuts, seeds and seafoods drug use and pollutants such as diesel exhaust and benzene encountered in peoples working lives as well as ozone pollution, have an impact on diabetes, heart disease and cancers, says the study coordinated by the Institute for Health Metrics and Evaluation at the University of Washington in Seattle.

Progress has been made in reducing the threat to health from smoking, unsafe sanitation and water, and household air pollution, although they remain major causes of poor health. Exposure to smoking fell by over a quarter worldwide, but it is still ranked among the top five risks associated with health loss in 140 countries, claiming 289,000 more lives in 2015 (total deaths: 6.4 million) than 2005, and is the leading risk factor for poor health in the UK and the US.

Investment in the Millennium Development Goals brought down the numbers of childhood and maternal deaths, and yet in 2015 more than 275,000 women died in pregnancy or childbirth in 2015, mostly from preventable causes. In 24 countries, deaths have actually risen. Many, such as Afghanistan and Palestine, have been affected by conflict, but some are high-income countries such as the US, Greece and Luxembourg. In the poorest countries, with most of the deaths in childbirth, women most often die from haemorrhage, but in rich countries they die from complications, such as heart problems which may be obesity-related.

Prof John Newton of Public Health England, who is involved in the study as chair of the European Burden of Disease Network, said: The global picture is similar to that in England people are living longer, but spending more time living with illness and disability. While weve made great strides to reduce deaths and illness from infections like HIV, malaria and measles, its the chronic, non-communicable conditions like diabetes, drug use disorders and hearing and sight loss that create the bigger burden of illness. The treatment and resource implications for health systems are huge.

This presents a great opportunity for prevention both in England and worldwide. Consequences of a poor diet now account for 10% of all ill-health worldwide and levels of alcohol consumption and air pollution have hardly changed. We can tackle all of this and more through committed individual, national and global action.