President has backed warlord, seen by UK and UN as aggressor in Libya conflict 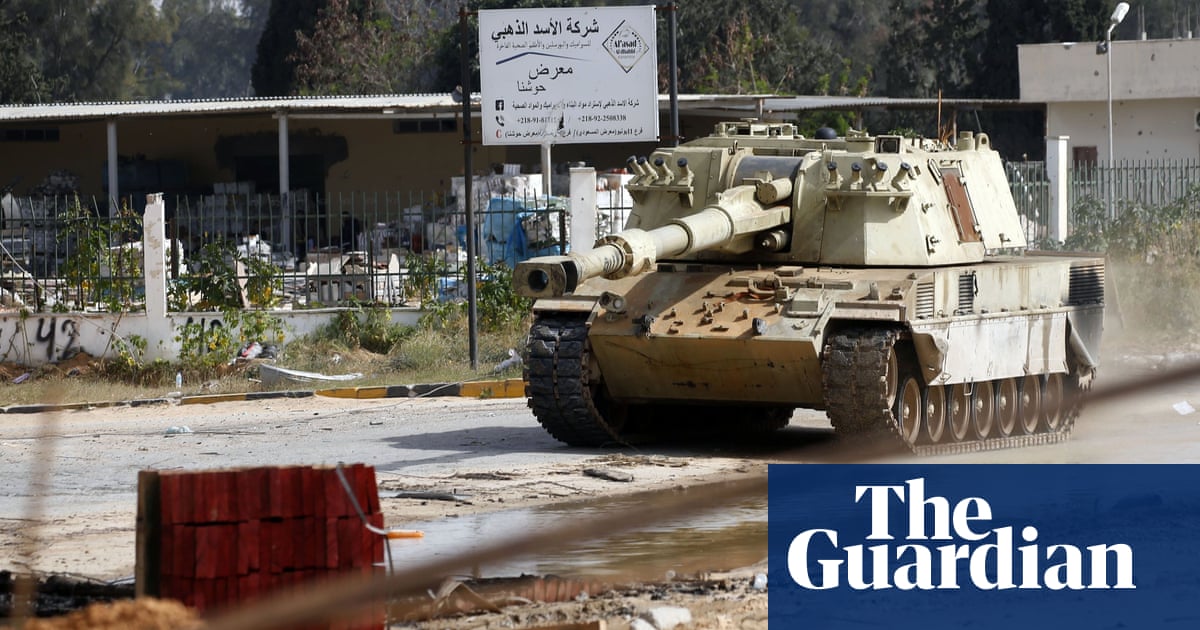 European officials are hoping Donald Trump’s surprise expression of support for the Libyan warlord Khalifa Haftar can be reversed amid division in Washington over US policy on the north African country.

A clarification of US policy is considered necessary in order to build an international consensus condemning the attack on Tripoli in which 300 people have been killed and more than 1,000 injured – including migrants trapped in detention centres – since it began this month.

Haftar is seen by Britain and the UN as the immediate aggressor in the conflict. Diplomats were surprised last week when an official White House readout of a telephone call between Trump and Haftar said the US president “recognised Field Marshal Haftar’s significant role in fighting terrorism and securing Libya’s oil resources”.

With the conflict showing signs of extending beyond Tripoli, and both sides seeking armed reinforcements, it is thought only a unified internationally backed call for restraint will prevent the country descending into a prolonged civil war.

EU officials greeted Trump’s remarks with disbelief and a fear that the White House had accepted a joint interpretation of the war by the United Arab Emirates and Saudi Arabia that underplayed its complexity.

Some European diplomats have compared disagreement in Washington with the way in which Trump unilaterally announced he was withdrawing US forces from Syria, a decision that has yet to be implemented and has been challenged in the state department and the Pentagon.

Although European diplomats knew high level contacts between Trump and Haftar’s aides were under way last week, the degree of support expressed in the White House statement came as a surprise.

In the US, the Republican senator Lindsey Graham called on Trump to “let Egypt, Saudi Arabia, the United Arab Emirates, Qatar and Turkey know that the proxy war they’ve created in Libya is unacceptable”.

“We need to reinforce the message that we’re not picking one group over the others and we reject military force as the solution to the problems in Libya,” he said. “It is impossible, in my view, for Haftar or anyone else to be a legitimate leader by military force. It is impossible, in my view, for him to hold Tripoli and govern the country if he obtains Tripoli by force. There will be a flood of refugees if the war escalates, which will be a nightmare for Tunisia and the entire region.”

Latest UN estimates suggested the assault into Tripoli, mainly from the south, has led to 35,000 individuals being displaced and at least 264 killed. There have also been reports of violent attacks on trapped migrants at the Qasr bin Ghashir detention centre near Tripoli. The United Nations high commissioner for refugees described reports that migrants had been shot at and wounded as “very concerning”.

A plane chartered by Unicef has landed in Misrata carrying 18 tons of emergency aid for children affected by the conflict in Tripoli and the surrounding area and their families.

Both sides in the conflict claimed to be calling in reinforcements with one official describing the fighting as in “a fluid stalemate”.