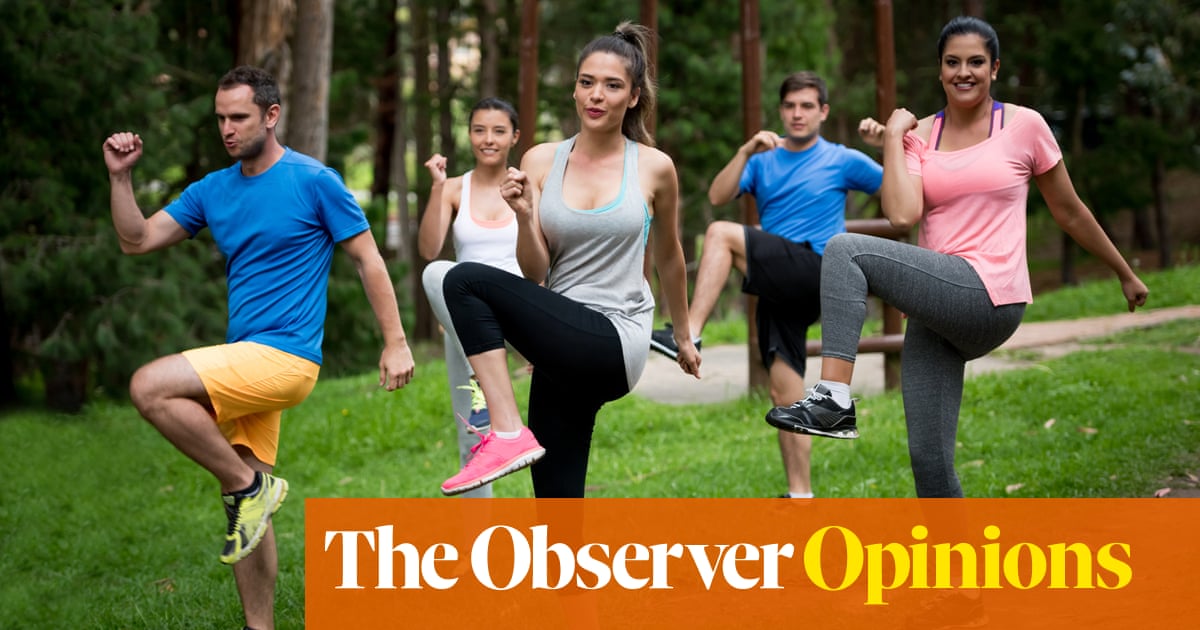 Here’s a harsh truth about fitness that you don’t often hear – exercise sucks. For some of us anyway. I envy those people I see posting online about their completed half-marathons, with messianic zeal (“I feel so alive!”). For people like myself, there’s no redemptive “endorphin rush”. Exercising is just a repetitive bore to be dreaded and endured. If a Slendertone-thingy machine actually did the same job with electronic pads, as I sprawled on the sofa watching Lindsay Lohan’s Beach Club, I’d sell my children’s kidneys to buy it. Worst of all, tedious though it is, for most, exercise is beyond beneficial, it’s vital – health, wellbeing, weight, the lot – so we slackers just have to park our bad attitudes and crack on.

There’s a giant con at the heart of exercise – that is, a lot of effort goes into hard-selling it as “FUN!”, when, for many people, it frankly isn’t. Right now, there’s a backlash against enterTRAINment (see what they did there), where people are enticed into “boutique gyms” to do classes that are new, trendy, fusion-themed – high-intensity hula-hooping or whatever. One argument is that, in this climate, anything that gets people into gyms is great, but others think that people would be better off with low-key targeted workouts. All very interesting, but maybe it’s fundamentally counterproductive to keep pushing this idea that exercise per se is supposed to be fun. Why not just tell people the truth: it’s a relentless boring nightmare and you’re going to have to do it anyway.

Having given up on gyms (long story, involving much gormless wandering with a water bottle), I’ve a cross-trainer at home. All I have to do is pull on some stretchy clobber – the athleisure revolution passed me by – and trainers, probably made around the time of Let’s Get Ready to Rhumble, and just get on the damn thing. And yet, still I have to force myself. Why? Because I’m bone idle and exercise-resistant, like many others. That’s why exercise has to disguise itself and pretend to be “FUN!”. Away from very serious issues relating to obesity, exercise-resistance could also partly explain the enduring popularity of ludicrous restrictive diets. Healthy eating is one thing, relentless dieting to avoid exercise, quite another.

Perhaps it’s time to stop fetishising fitness and tell the brutal, depressing truth: “You’re going to need an iPod, something stretchy and a pair of trainers that will eventually smell like Steven Seagal looks. Sometimes it’s hard to stay motivated. Tough. Exercising is pointless unless you keep it up, so stop bitching. (PS: everyone dies.)” Perhaps this approach (“Hate every second, do it anyway”) would at least put fitness where it belongs and stop people becoming disheartened about their endorphins refusing to rush. If those like myself have more realistic expectations, then we might just get it to work.

When will Roseanne Barr learn that she is her own worst enemy?