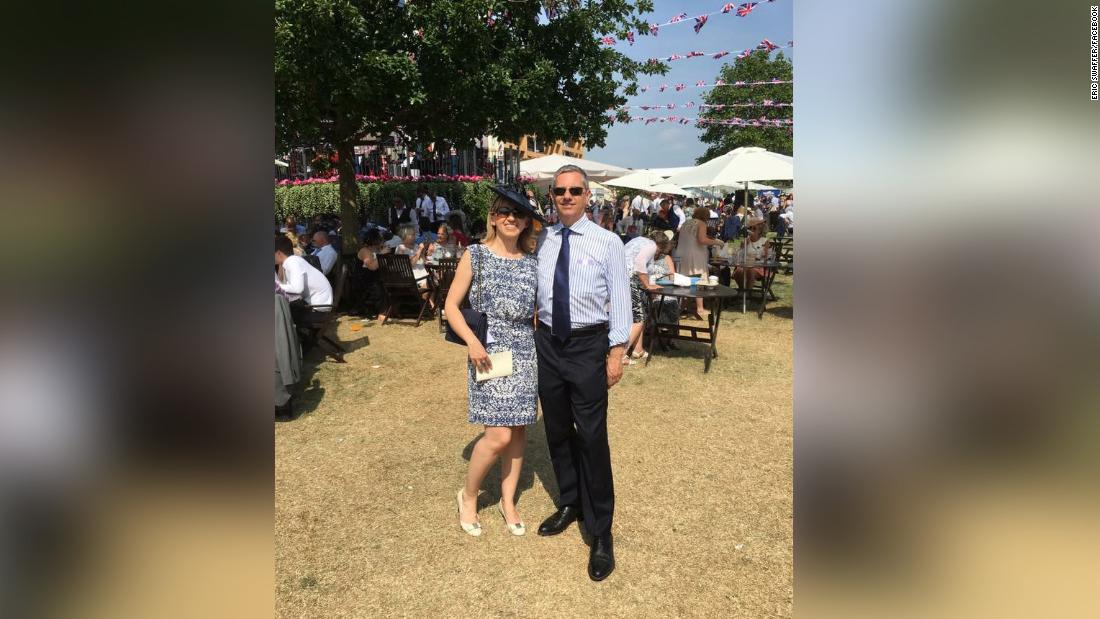 A few hours later Swaffer and Lechowicz died with three others, including Leicester City club owner Vichai Srivaddhanaprabha, when the helicopter Swaffer was piloting plunged to the ground outside the stadium.
Investigators are yet to establish the cause of the accident which sent the helicopter spiraling 200 feet to the ground just after it flew over the top of the 32,000-seat stadium.
But Swaffer, who I’ve known for 15 years, is being described as a hero for saving potentially hundreds of lives by steering the stricken helicopter away from crowds still in the process of leaving Saturday night’s match against West Ham.
Leicester Police said no-one else had been injured on the ground and that the Air Accidents Investigation Branch (AAIB) was leading the investigation into the accident.
The shocking incident has become a tragic moment in footballing history and fans have laid thousands of flowers outside the stadium near the crash site. 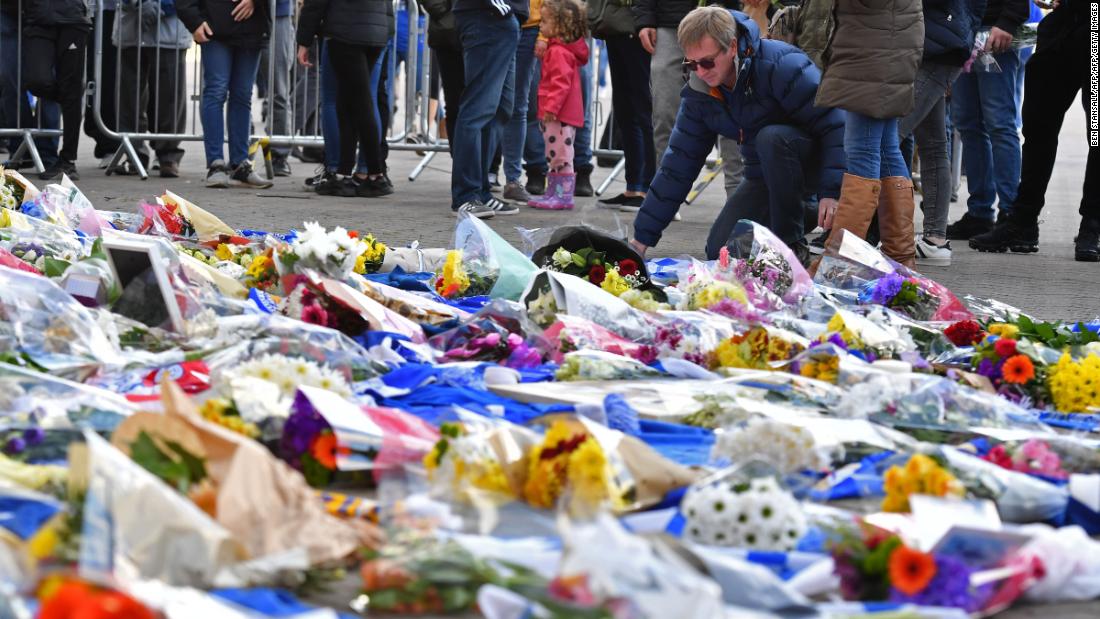 Swaffer’s heroism in the final seconds of the disaster made front page headlines Monday.
Sky Sports cameraman Dan Cox told The Sun newspaper in London that he looked up to see the helicopter spinning and out of control.
“I don’t know how he did it but he seemed to manage to slow down the spinning rotation and it drifted off into the corner part of the car park,” Cox said. 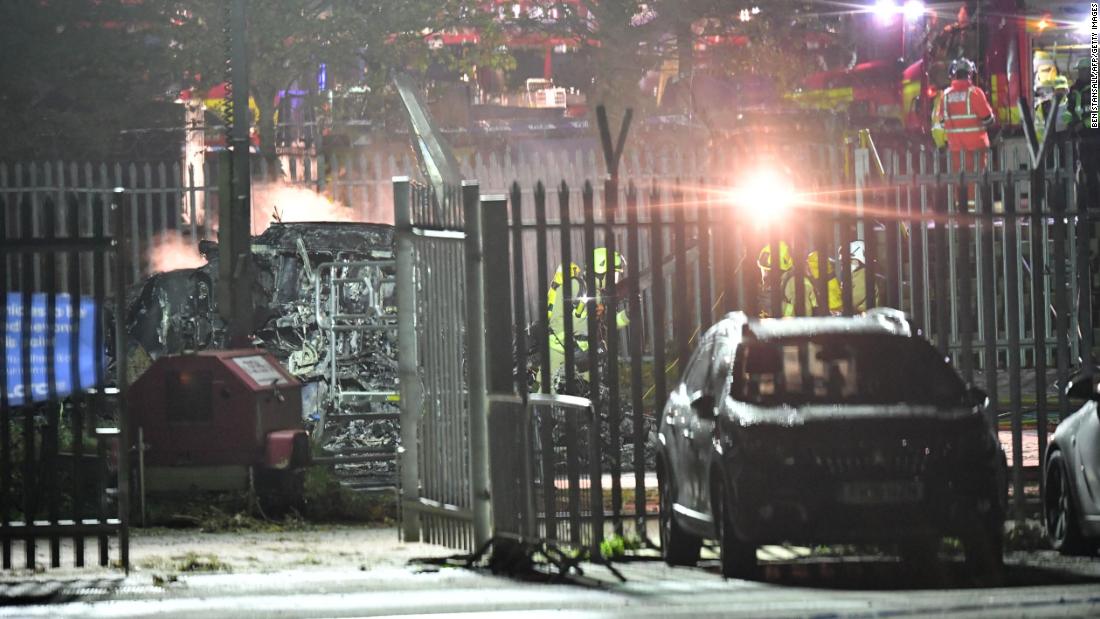 That Swaffer may have saved lives by steering the helicopter away from crowds doesn’t surprise those who knew the veteran pilot.
He was highly-skilled in flying multiple aircraft from private jets to helicopters and commercial craft. He also taught others how to cope in emergency situations.
Captain Sanjay Menzies, a close friend and chief pilot for The Poonawalla Group, a vaccine manufacturing company based in India, worked with Swaffer in 2013.
Swaffer had been recruited to instruct Menzies how to fly the company’s new jet, a Gulfstream G550. 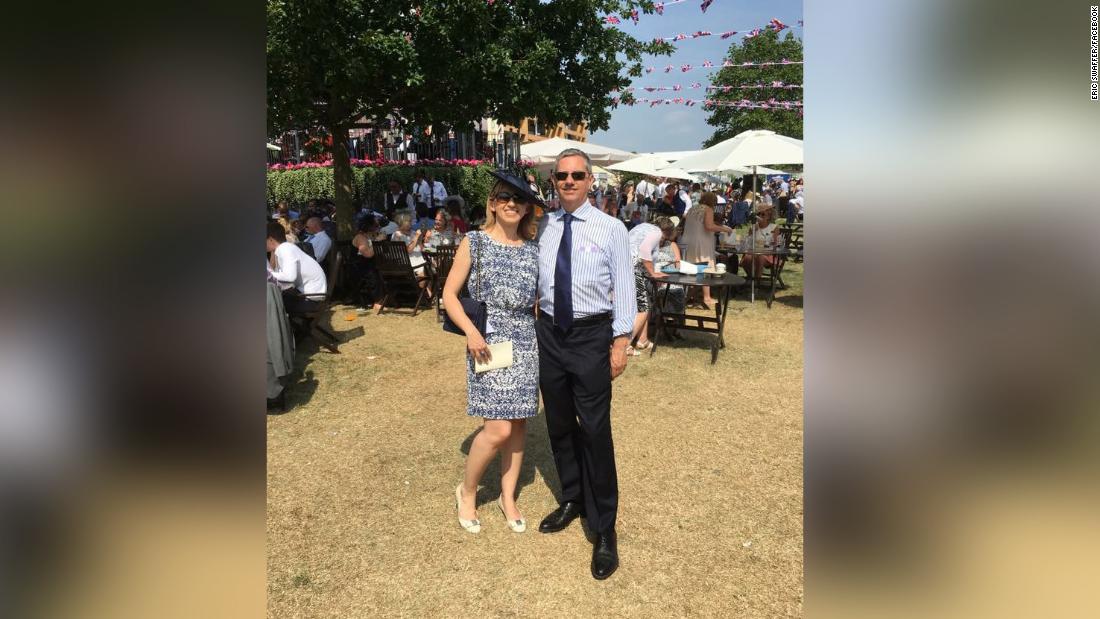 “I flew with Eric for four months exclusively and learned just about everything about the airplane from him,” he told CNN. “He was the most knowledgeable and versatile pilot I have ever known. He was a walking encyclopedia of aviation knowledge and one of the funniest guys I have ever had the pleasure of meeting.”
Menzies revealed Swaffer used to donate a great deal of money to worthy causes, including one year’s salary to a charity in India.
Swaffer had to take regular tests and exams to keep flying the various aircraft he was regularly hired to fly.
After the crash but before he was confirmed to have been on board, Swaffer’s friends and family flooded his Facebook page with desperate messages, hoping the couple had simply been attending the game as fans or guests.
However, previously posted pictures of Lechowicz with the same helicopter over the last year, taken by Swaffer, indicated that the worst was likely to have happened. 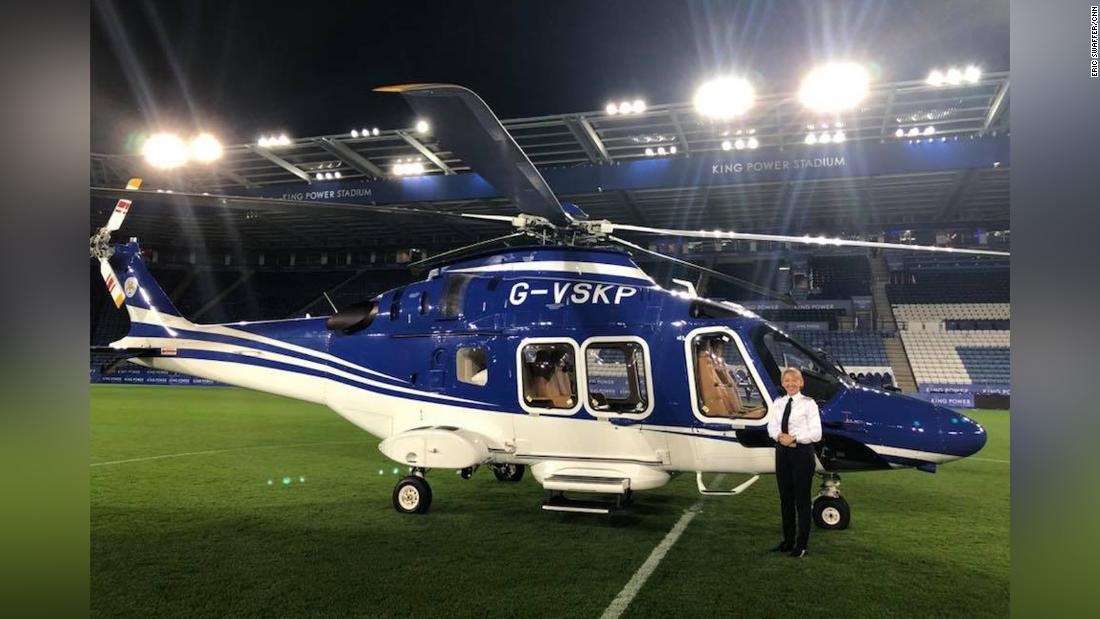 Their last doomed flight followed thousands that had come before, including flights for private clients to Greece, Thailand and Vienna in the last year alone.
Swaffer was hugely proud of his partner for her accomplishments in the male-dominated world of flying.
In a message from Swaffer about his life flying the world with Izabela he’d written to me: “It’s almost like a permanent holiday sometimes!”
That Swaffer’s skills in his final moments may have saved others will be his greatest legacy — as much as his unique working partnership with his girlfriend.
Menzies told CNN Swaffer’s connection and daily life with Lechowicz was “very rare.”
“Izabela was his soul mate in more ways than one can count,” he said.

Michael Kiwanuka: ‘I am not an imposter’