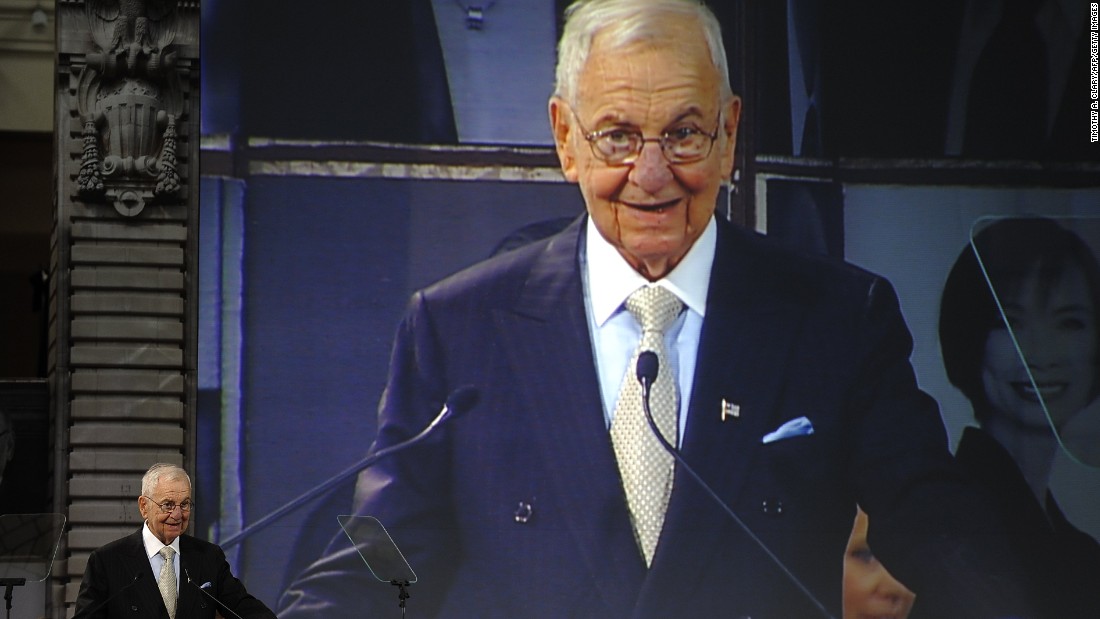 (CNN)Here’s a look at the life of Lee Iacocca, American automotive executive.

Death date: July 2, 2019
Birth place: Allentown, Pennsylvania
Birth name: Lido Anthony Iacocca
Father: Nicola Iacocca, restaurant owner
Mother: Antoinette (Perrotto) Iacocca
Marriages: Darrien (Earle) Iacocca (1991-1995, divorced); Peggy (Johnson) Iacocca (1986-1987, divorced); Mary (McCleary) Iacocca (1956-1983, her death)
Children: with Mary (McCleary) Iacocca: Kathryn and Lia
Education: Lehigh University, B.S., 1945; Princeton University, M.S., 1946
Other Facts:
His parents immigrated to the United States from Italy.
Is credited with saving Chrysler from bankruptcy in the 1980s.
He was instrumental in the creation of the Ford Mustang and the Chrysler minivan.
Starred in a series of Chrysler television commercials, making famous the line “If you can find a better car, buy it.”
Served as chairman of the board of The Iacocca Family Foundation.
Timeline:
1946 – Begins working at Ford Motor Company as an engineer.
1970-1978 – President of Ford Motor Company.
1978 – Is fired as president of Ford by Henry Ford II.
1978 – Is hired by Chrysler Corp.
1979 – Becomes CEO of Chrysler Corp.
1982-1986 – President Ronald Reagan appoints Iacocca chairman of the Statue of Liberty-Ellis Island Centennial Commission, which raises money to restore the Statue of Liberty.
1984 – Releases “Iacocca: An Autobiography.”
1984 – Establishes The Iacocca Family Foundation, to raise money for diabetes research, after his wife, Mary, passes away due to complications from diabetes. The foundation has funded more than $45 million in research projects.
1992 – Retires from Chrysler.
November 1995 – Iacocca files a lawsuit against Chrysler, accusing the company of illegally preventing him from exercising his stock options.
December 1995 – Chrysler files a lawsuit against Iacocca, claiming he gave confidential information to Kirk Kerkorian, who tried to take over Chrysler.
1996 – Iacocca and Chrysler settle their lawsuits against one another.
2007 – Releases the book “Where Have All the Leaders Gone?,” co-written with Catherine Whitney.