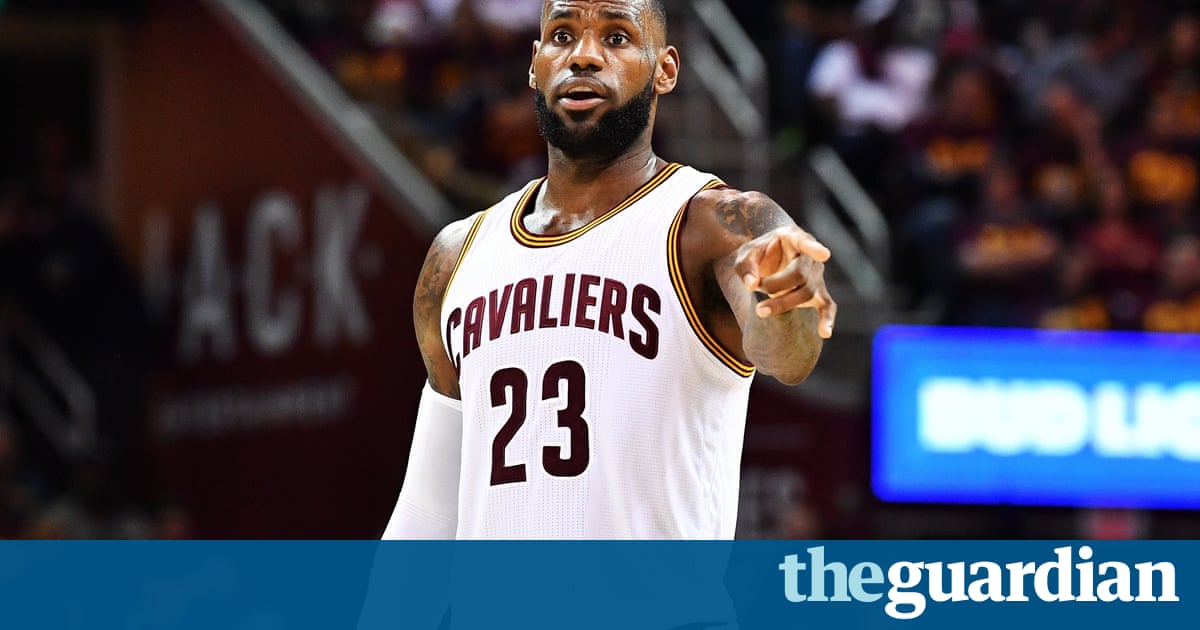 Racist graffiti has been sprayed on the gates of LeBron Jamess Los Angeles home as the Cleveland Cavaliers star prepares for the NBA finals, which start this week.

TMZ first reported that the N-word was sprayed on the gates of the home, and LA police later confirmed the news. The house, in the Brentwood area of the city, is not Jamess primary residence and he is not believed to have been at home at the time; the graffiti has since been removed. The Cavaliers will play the Golden State Warriors in Game 1 of the finals in Oakland on Thursday.

No matter how much money you have, no matter how famous you are, no matter how many people admire you, being black in America is tough, James said on Wednesday afternoon after a practice session at Oracle Arena. Racism will always be a part of the world, a part of America. Hate in America, especially for African-Americans, is living every day. Even though that its concealed most of the time.

James remarks included mention of Emmett Till, the 14-year-old Chicagoan who was lynched for allegedly wolf-whistling at a white woman while in Mississippi visiting family in 1955, invoking Tills mothers decision to hold an open-casket funeral because she wanted to show the world what her son went through … being black in America.

He added: I look at it as, if this it to shed the light and keep the conversation going, then on my behalf, Im OK with it.

Its ignorance, thats what it is, a source close to James told ESPNs Dave McMenamin. Unfortunately in 2017 people still think the way they do. I cant say its surprising given whats happened in this country the last eight months. You can be a titan of industry, you can be a community leader, you can be the best at what you do and they can cut you down to just, Youre black.

Earlier this month James spoke about racism in sports after the Boston Orioles Adam Jones was racially abused during an MLB game against the Boston Red Sox at Fenway Park.

Racism, we know, exists. You try not to put yourself in a position, for me as a father, I try to give my kids the blueprint on how life is gonna be. But at the end of the day, I can only tell them so much, and they have to go out and live it themselves, said James at the time. For me, I just try to be respectful, for one, respectful to others, and I feel like if you do that consistently, then I believe the karma will come back to you.

James took the Cavaliers to the NBA title last year, the third championship of his career.