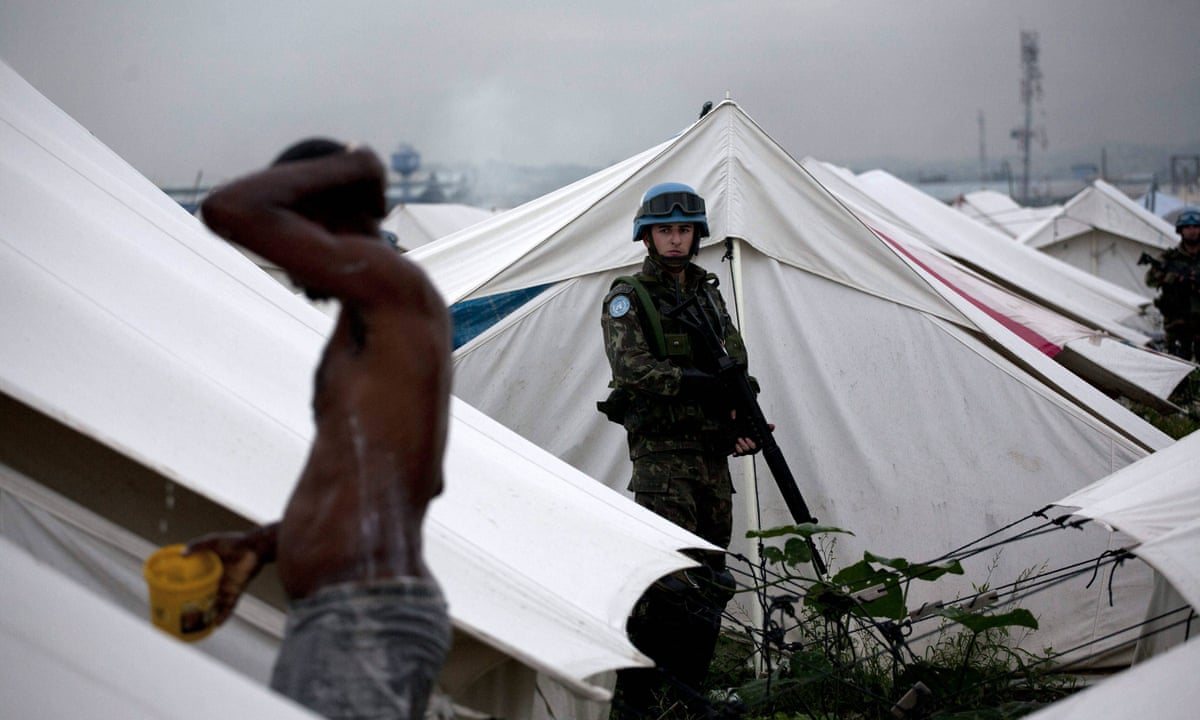 The United Nations uncovered serious sanitation failures in its Haiti peacekeeping mission just a month after a deadly cholera outbreak erupted in the country, killing thousands, a leaked report has revealed.

The UN has consistently refused to accept that it is responsible for compensating victims of the disaster. But the report, which was commissioned a month into the cholera crisis in November 2010, found a series of alarming problems in several UN peacekeeping bases including sewage being dumped in the open as well as a lack of toilets and soap.

The authors of the review alerted the UN leadership that the failure to dispose of sewage safely at a time when the cholera epidemic was raging will potentially damage the reputation of the mission.

They also warned that the way the UN stabilisation mission in Haiti (Minustah) had managed waste disposal and the poor oversight of contractors carrying out this work has left the mission vulnerable to allegations of disease propagation and environmental contamination.

The existence of the internal UN review, which has been seen by the Guardian, will add to pressure on the world body to face up to the role it played as the source of the cholera epidemic. The UN is currently facing a lawsuit from 1,500 Haitians who blame the world organisation for negligently allowing peacekeepers from Nepal to carry the disease into the country, months after Haiti was devastated by an earthquake.

Until the epidemic started in October 2010, Haiti had been free of cholera for at least 150 years. Mounting evidence suggests that the Asian strain of cholera was unwittingly imported by the peacekeepers from Nepal when they were relocated to Haiti to help with emergency work in the aftermath of the earthquake.

In the lawsuit, the plaintiffs allege that the UN failed to screen peacekeepers from Nepal for cholera, where the disease is common, and that a private contractor hired by the UN failed to ensure sanitary conditions and adequate infrastructure at the UN military camp in Mirebalais. They allege that this led to sewage and other waste being pumped straight into the Meille river, a tributary of Haitis biggest river, the Artibonite.

Despite clear evidence, the UN continues to refuse to accept any responsibility for the disaster, claiming immunity from any claims for compensation. The former head of Minustah, Edmond Mulet, has repeatedly stated that UN peacekeepers were not responsible for the outbreak.

The UNs controversial position looks increasingly awkward now that the world bodys own internal review exposing dire sanitation problems at its camps has come to light. In the leaked report, UN researchers led by the former chief of special support services at the department of field support, Melva Crouch, gave their immediate assessment of the state of sanitation in the peacekeeping bases in Haiti just weeks after the epidemic broke out.