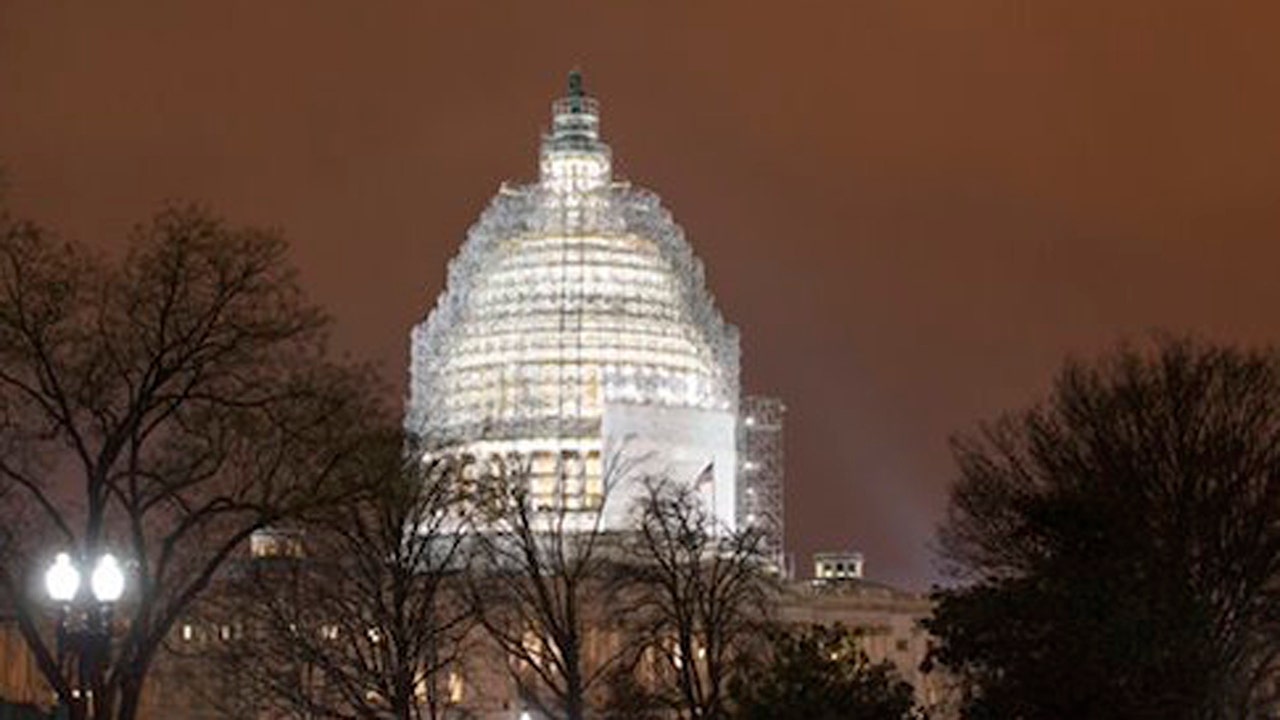 Capitol Hill lawmakers were scrambling Monday to squeeze their wish-list items into a massive spending bill, with the ability of the government to fund itself once again on the line in the face of a looming deadline.

Republican demands to lift a decades-long ban on exporting crude oil was emerging as a final negotiating hurdle. Top congressional lawmakers negotiated over the weekend to resolve other major sticking points, with government funding set to run out Wednesday at midnight.

Congress already had to pass a short-term extension after failing the meet its original Dec. 11 deadline. Another stopgap is possible if the oil-export demand or other hang-ups delay a final agreement — though lawmakers expressed confidence over the weekend about having a final, $1.14 trillion omnibus spending bill by Tuesday.

The legislations other sticking points reportedly are on riders to the Dodd-Frank banking reform law and U.S. policy on allowing refugees into the country.

The spending bill is also connected to legislation to extend dozens of tax credits for groups across the political spectrum, sparking intense lobbying.

Reaching a final agreement on the spending bill now might take until the end of the week.

In return for lifting the four-decade-old oil-export ban, Democrats are seeking environmental concessions, including permanently extending tax credits for solar- and wind-energy production and reviving an environmental conservation fund.

They also are trying to block GOP efforts to roll back Obama administration environmental regulations, in the wake of the global pact reached Saturday in Paris to limit carbon emissions.

“There’s been just a tremendous amount of Democrat pushback on all of the environmental provisions and other provisions,” said Sen. John Hoeven.

Still, the North Dakota Republican said he was hopeful the provision lifting the crude-oil ban would survive last-stage talks.

White House Press Secretary Josh Earnest said Monday that getting an agreement on the legislation would go faster if Republicans relinquish their insistence about the inclusion of ideological riders.

Various agreements were falling into place on the bill to extend tax benefits, said lobbyists following the talks.

They cited a tentative agreement to postpone the start of the so-called “Cadillac” tax on high-value health insurance plans under ObamaCare from 2018 to 2020.

There may also be a two-year pause in the existing 2.3 percent medical device tax, which is opposed by lawmakers in both parties.

But there was still significant uncertainty over the fate of those provisions and others and it was possible Congress could opt for more modest two-year extensions of most existing tax credits rather than a major package with permanent and long-range changes.

The ban on exporting crude oil was instituted during energy shortages of the 1970s, but Republicans, and some Democrats, say it’s long outlived any usefulness. They note a boom in domestic energy production. Environmental groups and most Democrats counter that the main beneficiaries would be big oil companies.