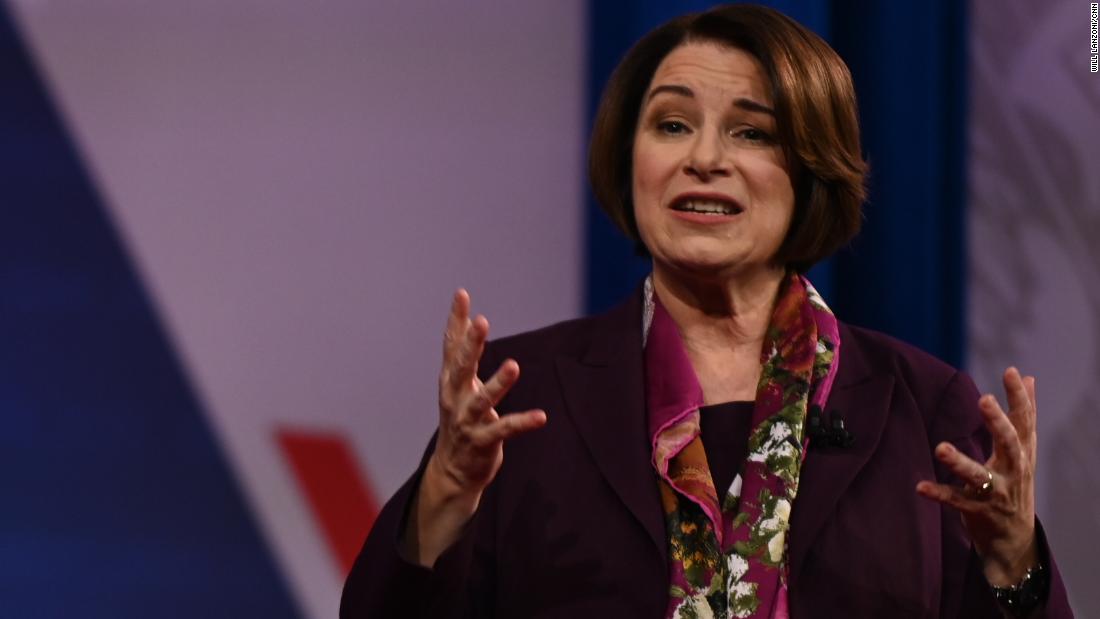 (CNN)Sen. Amy Klobuchar’s presidential campaign released the Minnesota Democrat’s most recent medical report and lab documentation late Monday and a letter from her obstetrician-gynecologist describing her as in “very good health.”

Klobuchar, 59, is among the youngest candidates running for the 2020 Democratic nomination. In a departure from some of her competitors, she released her blood test results, allowing the public to see the mundane yet deeply personal details of the levels in her blood such as cholesterol and glucose.
Sen. Bernie Sanders of Vermont, who had a heart attack in October, has not released his full medical records beyond three letters from his doctors.
Klobuchar’s routine physical was administered on January 6 of this year, according to McKeand, and included screenings for diabetes, thyroid disease, anemia and colon and cervical cancer. The report says Klobuchar had “excellent” blood pressure at 110/68 and a normal breast exam.
The doctor noted persistent mild hyperlipidemia, which means high lipids, such as cholesterol and triglycerides, in the blood. The senator underwent hip replacement in 2006 and takes ibuprofen for intermittent hip pain, noted her doctor.
The letter was written not by a primary care physician or cardiologist but by an OB-GYN at a practice where Klobuchar has been a patient for more than 20 years, according to the letter.
Notably missing from the report was Klobuchar’s height, weight and body mass index. Other candidates, including fellow Sen. Elizabeth Warren of Massachusetts, included those details in their medical reports.
On the campaign trail, Klobuchar has included her height — 5 feet 4 inches — in her stump speech. She’s often talked on the trail about President James Madison, who also was 5-foot-4. That’s a “pretty good height to be president,” she’s joked.
Recently, she’s brought in her height to talk about President Donald Trump inaccurately mocking Michael Bloomberg as being 5-foot-4. “I am the only one that is truly 5-foot-4,” said Klobuchar, during an interview on HBO’s “Real Time With Bill Maher” earlier this month.