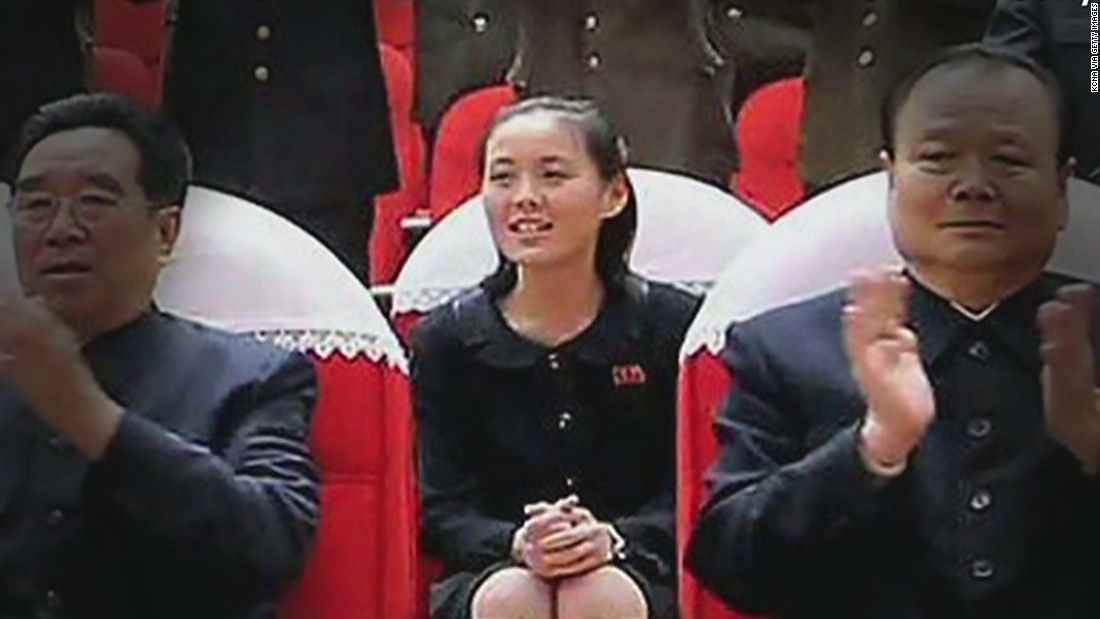 (CNN)She’s often seen in the background of her powerful brother’s public inspections, silently taking notes, holding bouquets of flowers from admirers or removing herself from the camera’s gaze altogether.

It’s the first time a member of the Kim dynasty has ever visited the country.
The 30-year-old will join the North’s high-level delegation to the South, in a charm offensive likely to irritate the United States.

Born in 1987, Kim Yo Jong studied in Switzerland like her brother and is believed to have attended Kim Il Sung University and a European school for her higher education. 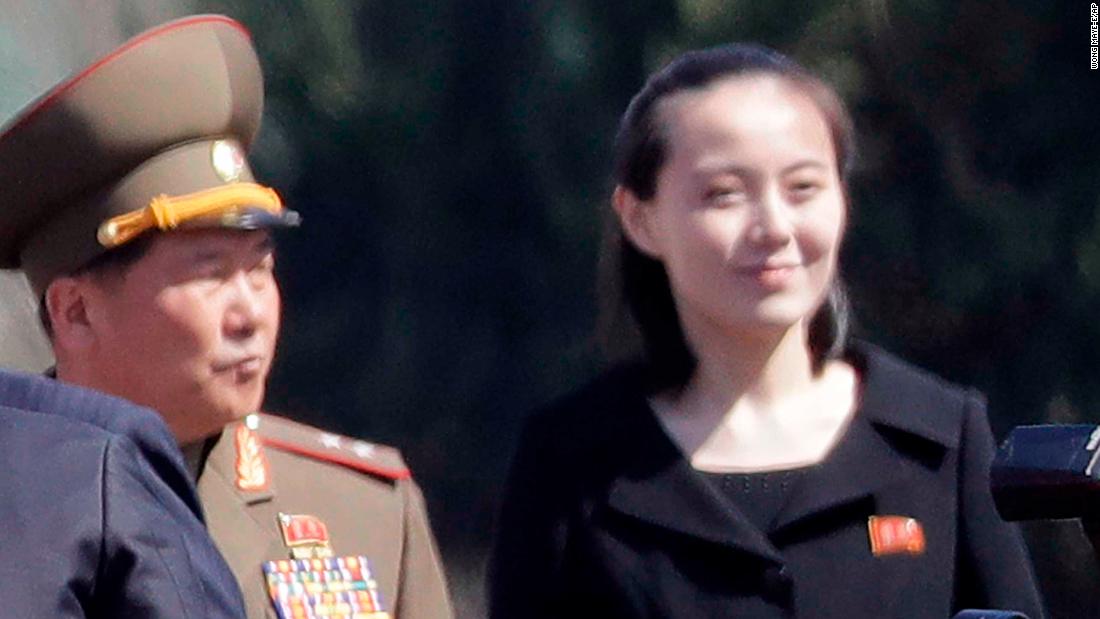 She is believed to be the youngest of seven siblings their father, Kim Jong Il, had with four women.Many of them are half-siblings, but Kim Jong Un and Kim Yo Jong have the same mother, Ko Yong Hui.
Kim Yo Jong was always close to her father, and after returning from Switzerland she was appointed to positions of responsibility in the government, according to Michael Madden, who runs the blog North Korea Leadership Watch.
She would act as an advance-team leader, inspecting sites before official visits and taking on administrative duties.
Under her brother’s leadership, Kim Yo Jong has taken on more responsibility, dealing with policy, receiving intelligence briefings and acting “almost like a White House chief of staff would,” said Madden.

Like most members of the Kim clan, little is definitively known about Kim Yo Jong beyond her official rank.
She was promoted to the country’s Politburo, the senior body of North Korea’s communist party, as an alternate member last year. According to North Korea Leadership Watch, she is a close aide of her brother’s “and since his accession manages his public events, itineraries and logistical needs, among other tasks.” 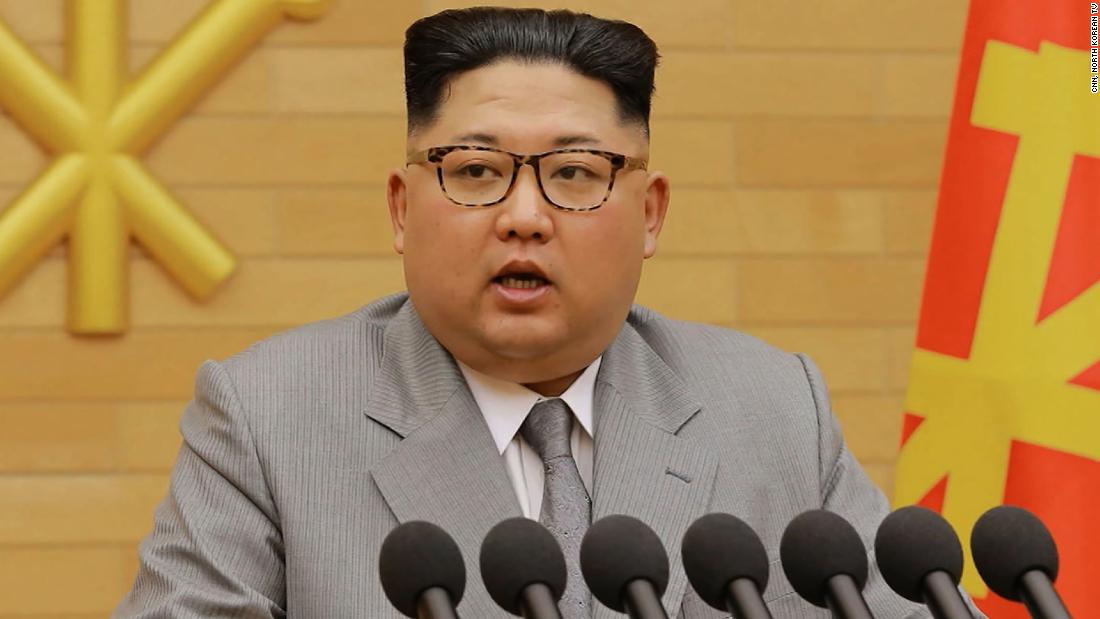 She is now among her brother’s top 20 officials, and is seen as something of a gatekeeper to the leader, according to analysts.
“She’s probably one of the most influential people on Kim Jong Un himself, precisely because he has very few people he can trust,” said Balbina Hwang, visiting professor at Georgetown University and founder of the National Committee on North Korea.
Kim Yo Jong’s profile has been steadily rising since 2014, when she was made deputy director of the Propaganda and Agitation Department of the Workers’ Party.
Her position is such that, according to a Seoul-based think tank run by North Korean defectors, Kim Yo Jong briefly took charge of the country while her brother was reportedly ill with gout or diabetes in late 2014.

In the murky world of North Korean politics, Kim Yo Jong also plays an important role as an informant for her brother, according to North Korean analyst Ken Gause.
“In time, she will become the last line of defense for him, telling him about the loyalty of his most trusted advisers,” he said. 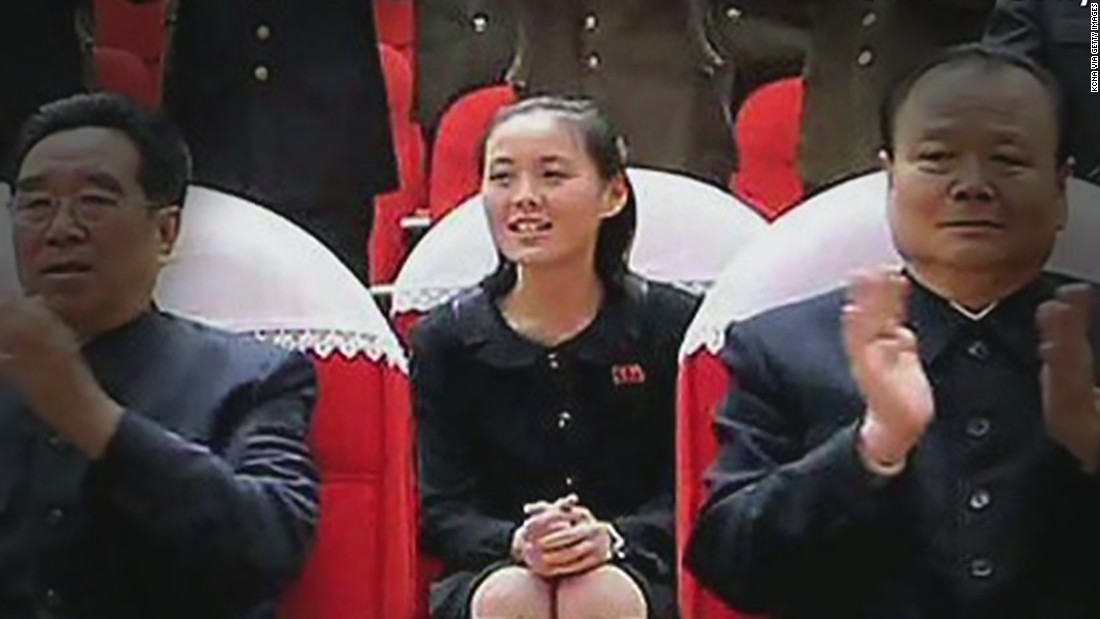 Indeed, she’ll want to keep on her brother’s good side, if the fate of their half-brother Kim Jong Nam is anything to go by.
Kim Jong Nam was assassinated on the orders of Kim Jong Un in 2017, according to South Korea’s spy agency, a claim denied by North Korea.
“It’s certain that her older brother’s death is not far from her mind in everything Kim Yo Jong does,” said Hwang.
“So you know she is also thinking that at any given time, if she is to make one mistake, her brother could have her killed.”

The world’s most mysterious family tree

The family tree does not include all members of Kim’s extensive family, just the most notable ones. As North Korea is notoriously secretive, some information such as birth dates cannot be confirmed.