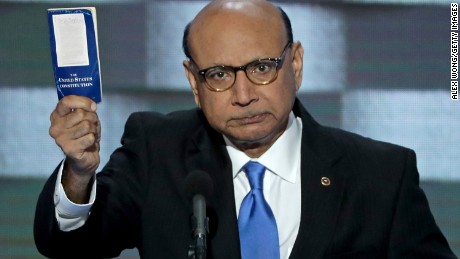 Washington( CNN) Khizr Khan, the father of a Muslim US soldier slain in Iraq in 2004, said Sunday that Donald Trump has a “black soul, ” indicating he lacks empathy and compassion.

Khan told CNN’s Jim Acosta on “State of the Union” that he hopes Trump’s family will “teach him some empathy.”

Trump to Khizr Khan: ‘I’ve made a lot of sacrifices’

Trump supporter reacts to father of soldier at DNC