Part two: In South Dakota, a law could ban protests amid opposition from Republican ranchers, as many fear a serious threat to water 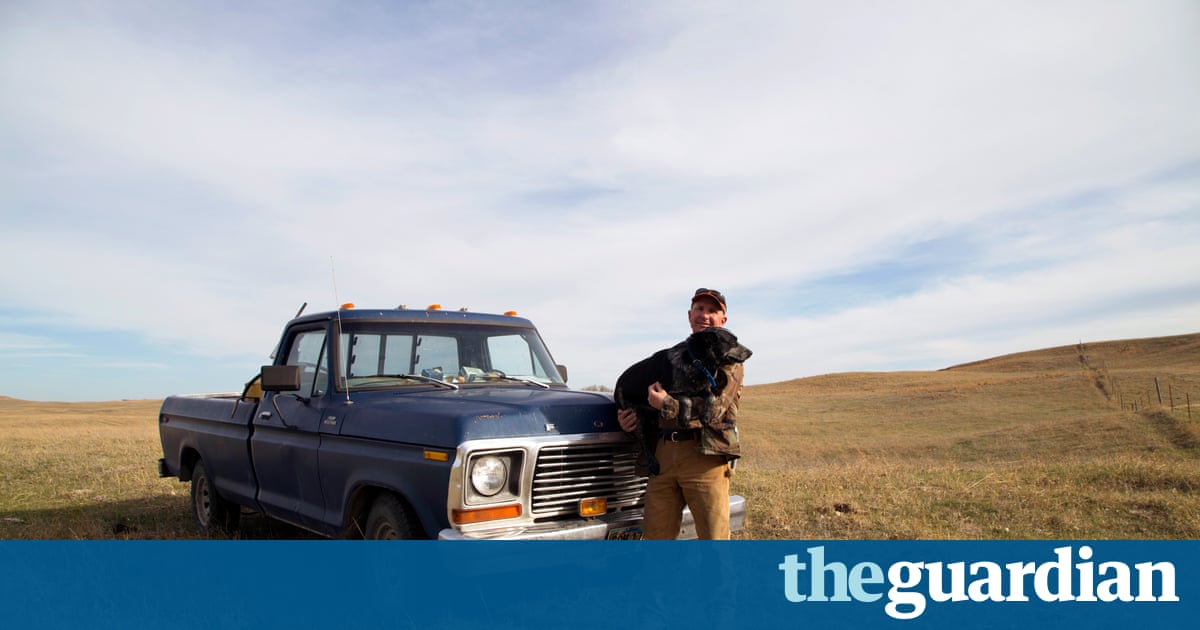 Bret Clanton might not belong to the most obvious group of opponents to the proposed Keystone XL pipeline. But when a survey crew from TransCanada arrived on his property eight years ago, the rancher and registered Republican worried they were cattle thieves says he called the sheriffs department, and marched out to confront them.

He says the encounter changed his life, and set up a battle that would come to dominate his existence.

On the outer perimeter of the Clanton ranch, where three large sandstone rock formations stand over the otherwise empty horizon, TransCanada later told him it planned to dig up three miles of his land and lay a section of the Keystone XL pipeline. TransCanada also hopes to bulldoze along another two and half miles of his pastures to make way for an access road.

Ive lived here all my life and this ground is pretty much as God, or whoever, made it, and I just want it stay that way, he says.

Clanton fought from the beginning and lobbied the state government for several years. But he was made aware almost instantly it was likely to be a losing fight. From the very first meeting [with TransCanada] I was informed they would have power of condemnation, he says.

The bleak assessment was correct. As soon as the XL route had received the necessary state approval in South Dakota back in 2010, TransCanada was essentially able to seize control of any private land it needed, in return for a fee, through the power of eminent domain.

A principle protected by the fifth amendment to the US constitution, eminent domain permits the seizure of private land for public use in exchange for just compensation. It was used by government at the turn of the 19th century, when Clantons great grandfather arrived in South Dakota on horseback, driving cattle from the south, to reclaim land for public infrastructure and to preserve historic sites.

But emiment domain has since morphed to empower various gas and oil pipeline companies to construct across the US, buoyed by a 2005 supreme court ruling that found private entities providing economic development were essentially providing a public service.

Advocates estimate that dozens of landowners in South Dakota and Montana were essentially forced to settle with TransCanada to avoid eminent domain enactments during the Obama administration.

Close to the north-east border with Montana, Clantons remote ranch, outside the small town of Buffalo, is one of the first properties the XL will cross in South Dakota. It marks the Guardians first stop-off in the state during a trip that traces the proposed pipelines entire length through the US to examine the battles that have reignited after the Trump administration resurrected the project.

It is not just environmentalists and Native Americans lined up against the construction. Registered Republican ranchers like Clanton are also among the opposition, pitting them against the leaders of their own party who have long supported the pipeline.

Every Republican candidate in the 2016 presidential race supported the project. Donald Trump, himself a frequent user of eminent domain in private business, described the power as wonderful during the campaign.

Clanton will not say how he voted last year and does not want to engage with the obvious contradictions between his preferred party and his current situation.

If Hillary Clinton had been elected, she wouldve done the same thing. It was inevitable, he says. (During the election, Clinton pledged to oppose the project but had expressed tentative support for it during her tenure as secretary of state.)

Clanton is clinging to the hope that if oil prices continue to fall, the construction may no longer be economically viable. But he expresses a certain resignation already. Perhaps the only landowner still holding out TransCanada in South Dakota lives 350 miles south-east of Clantons ranch.