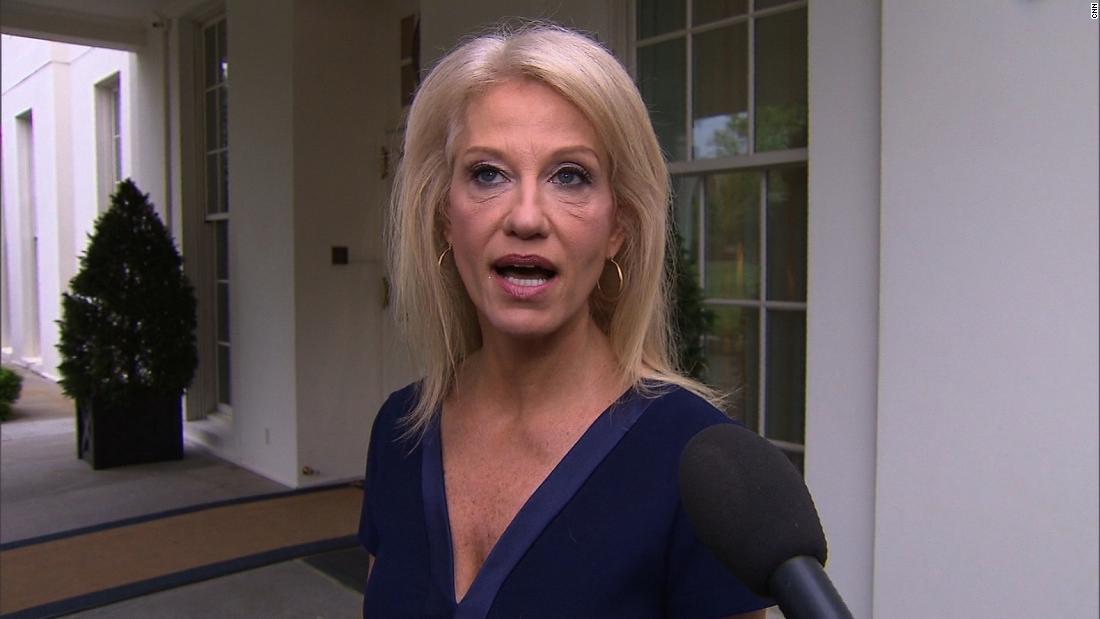 (CNN)On Wednesday, The New York Times published a detailed report about the genesis of the FBI investigation into Russia meddling in the 2016 election and possible collusion between Donald Trump’s campaign and a foreign power.

That set Trump off.
First, came this tweet on Thursday:
Wow, word seems to be coming out that the Obama FBI “SPIED ON THE TRUMP CAMPAIGN WITH AN EMBEDDED INFORMANT.” Andrew McCarthy says, ‘There’s probably no doubt that they had at least one confidential informant in the campaign.’ If so, this is bigger than Watergate!
Then this one on Friday morning:
“Apparently the DOJ put a Spy in the Trump Campaign. This has never been done before and by any means necessary, they are out to frame Donald Trump for crimes he didn’t commit.” David Asman @LouDobbs @GreggJarrett Really bad stuff!
Then, finally, this one:
Reports are there was indeed at least one FBI representative implanted, for political purposes, into my campaign for president. It took place very early on, and long before the phony Russia Hoax became a “hot” Fake News story. If true – all time biggest political scandal!
It wasn’t just Trump who seized on that line in the Times report. In an interview with CNN’s Chris Cuomo on Friday morning, Rudy Giuliani, a member of the President’s legal team, latched onto it too.
“Here’s the issue that I really feel strongly about with this informant, if there is one,” said Giuliani. “First of all, I don’t know for sure, nor does the President, if there really was one. We’re told that.”
Worth noting here: US officials tells CNN that the informant referred to in the Times story was not planted in the Trump campaign to collect information. 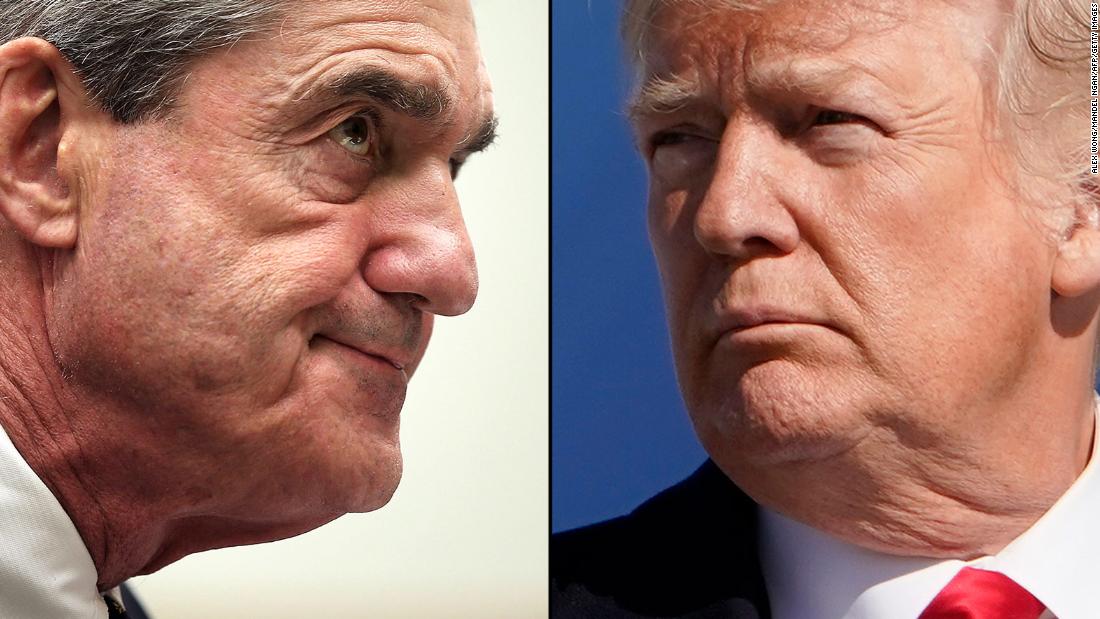 That fact didn’t stop White House senior counselor Kellyanne Conway from insisting that speculation about the informant — even based on very limited information — was entirely appropriate.
Conway’s exchange with CNN’s Jeremy Diamond on Friday is stunning stuff. Here’s the full back-and-forth, courtesy of CNN White House producer Allie Malloy:
DIAMOND: So, if you guys don’t know that this informant exists or not, why are you guys using this to undermine the Mueller investigation?
CONWAY: So you don’t know that there’s Russia collusion, why have you and your network been obsessed with it and talking about it for over a year?
DIAMOND: Well there’s an investigation about it.
CONWAY: So let’s review, we’ve had over a year to prove this and you failed to and yet you’re still talking about a hypothetical but with new information that there may have been an FBI informant … You’re not willing to accept [that] hypothetical but yours?
DIAMOND: But the President is going a step further than what’s out there, Kellyanne, and suggesting this is politically motivated.
CONWAY: The President wonders why the mainstream media won’t cover all the great accomplishments he’s had. He kind of wonders why. He knows why. Because he’s been the most successful President in the first 16 months we’ve had in modern history. Just look at the economy, look at your own paycheck, probably.
DIAMOND: Do you have any evidence that this was politically motivated?
CONWAY: An FBI informant in the campaign. Why would they be there?
DIAMOND: There’s no indication as of now that the informant was actually embedded in the campaign, right?
CONWAY: And I told you “may have been,” correct?
DIAMOND: So why suggest that — 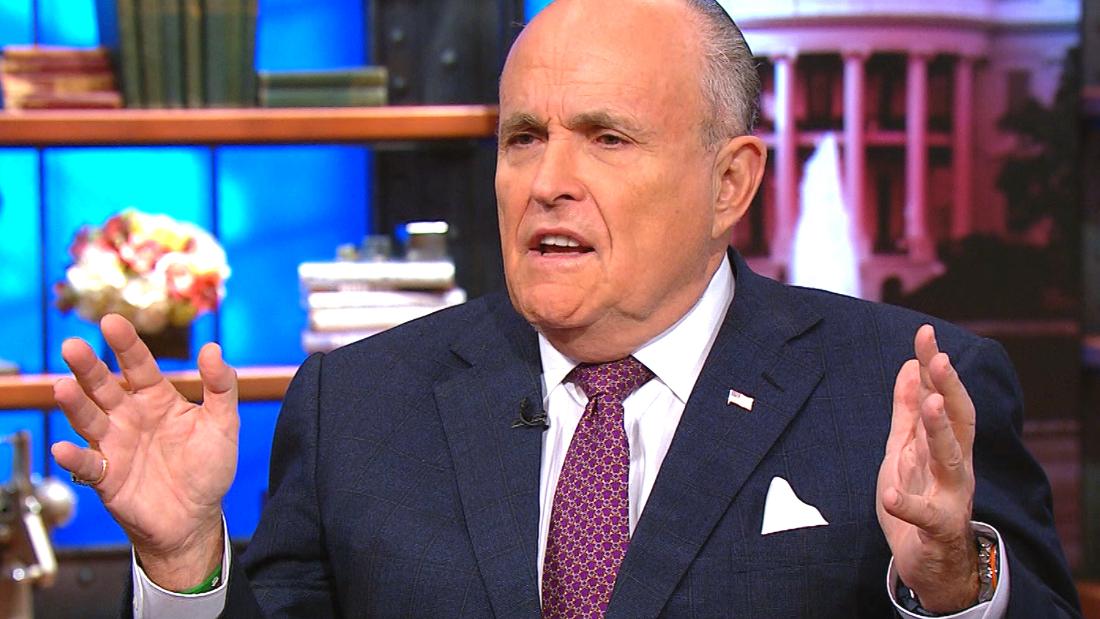 CONWAY: You’ve been talking about Russian collusion that doesn’t exist for 16 months. If there …
DIAMOND: He may have been embedded based on what?
CONWAY: If there was an informant, you know, what they should have been looking at, our plan to target 62 counties that went down to 35 counties, our plan with Donald Trump and Mike Pence in Michigan and Wisconsin in places that Republicans hadn’t won. You should have been listening.
That was something, no?
What Conway is trying to do is make an apples-to-apples comparison between the ongoing special counsel investigation into Russian interference and the possibility — denied to CNN by informed sources — that there was an informant placed in the Trump campaign by the FBI.
It’s a totally dishonest comparison for a bunch of reasons.
The most important is that one is actually an investigation being run by a former FBI director while the other is a single line — now clarified — in a New York Times story.
That investigation has produced 75 criminal charges, five guilty pleas — including Trump’s former national security adviser Michael Flynn — and one person sentenced.
The “informant” story has produced zero criminal charges or guilty pleas. The reason for that is because it isn’t an investigation. It is a sentence in a New York Times story.
A sentence, I can’t note enough, does not mean that the FBI placed an informant in the Trump campaign, according to CNN reporting.
Here’s the thing: Conway knows that these two things are not equal. Or anywhere close to equal.
What’s she doing is simply trying to muddy the waters, give the average Trump supporter something to push back on all of the Russia talk. Well, what about that secret informant in the Trump campaign?! How come the media isn’t covering that?!
The answer goes like this:
That’s it. The end.