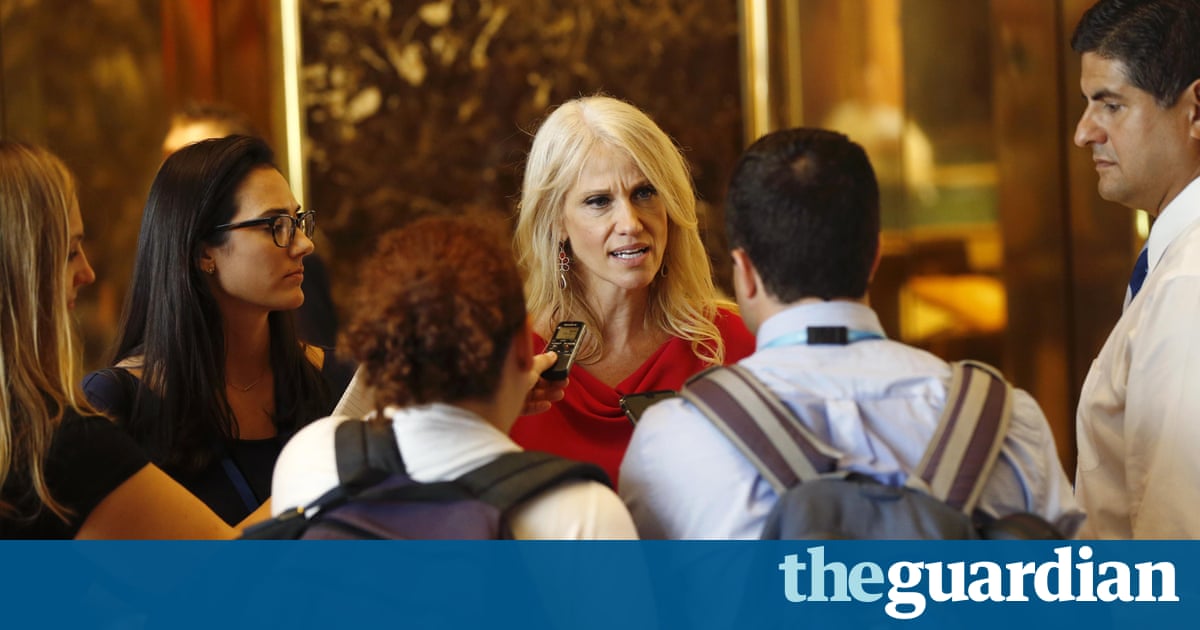 Donald Trumps pivot is a tale of two hirings, and which one he gives more weight to will have a dramatic impact on the outcome of his campaign.

Most analysis thus far has revolved around Breitbart News chairman Stephen K Brannon, who last week was named the campaigns chief executive. It was a move widely seen as a rebuke to the more traditional presidential campaign that the recently ousted Paul Manafort sought to implement.

But the hiring of Manaforts actual replacement, seasoned GOP operative Kellyanne Conway, tells a very different story. Namely, that Trump is going to remain true to himself, only this time in a winning way.

Conway, who started with the Trump campaign in July as an adviser to Manafort, has promised to do what Manafort could not: to sharpen the message put forward by Trump, rather than try to rebuild his personality from scratch with a teleprompter something shes previously described as being less about changing Trump than giving him choices. (In a July interview with the Washington Post, Conway compared her approach to the time she persuaded her daughter to swap out a turquoise Memorial Day outfit for a more flattering blue alternative.)

That means Conway listening to Trump as much as he listens to her. And unlike a lot of women, conservative and otherwise, shes been willing to give him the benefit of the doubt, recently telling MSNBC I think you should judge people by their actions, not just their words on a political campaign trail. Whether Trump will be able to listen to and learn from Conways guidance, however, remains to be seen.

Listening to women has never exactly been Trumps strong suit, but now his entire campaign may hang in the balance of his ability or more likely, lack of ability to do just that.

He started out strong in Charlotte last Thursday with a speech owning up to the personal pain caused by his past words. In that speech, he cast himself as the truthteller for forgotten Americans and a champion of those who feel the best is behind them. I am running to be the voice for every forgotten part of this country that has been waiting and hoping for a better future, he said. Its the powerful protecting the powerful. The insiders fighting for the insiders, he said. I am fighting for you.

Of course the pivot is about more than just rhetoric. In the weeks ahead, Trump has promised to follow the messaging up with a series of ads targeting the central themes of his campaign, like immigration, along with regularly scheduled policy addresses ahead of the upcoming debates.

But Trumps campaign has always been longer on talk than substance, and this is a strategically wise picture for Trump to be painting: that he may be brash and uncouth from time to time, but hes fundamentally a guy who calls it as he sees it. In contrast, so the picture goes, to Clintons politically correct doublespeak.

Speaking on CNBC Monday, Conway sought to cast Clintons reserved style as a measure of her supposed untrustworthiness, contrasting it with Trumps energetic approach to rallies. Conway called Trump a man who enjoys himself on the trail, adding: He gets oxygen from at being at these rallies [and] from giving these speeches. Meanwhile Clinton, she said, looks like shes not happy to be out there campaigning.

Conway has a long list of success stories when it comes to this kind of retooling, from helping GOP lawmakers change the way they talk about rape to helping Trumps running mate Mike Pence polish his personality in ways that kept him comfortable in his own skin ahead of a gubernatorial reelection campaign, as Pences communications director recently told TPM.

In both cases, her coaching seems to have paid off, at least for a time: those GOP lawmakers walked into decidedly fewer self-sabotaging boobytraps in the election cycle following the 2013 retreat at which she spoke, and Pences strong performance at the RNC last month was a bright spot in an otherwise blighted convention.

But, in the words of Trumps old campaign manager Corey Lewandowski, to just Let Trump be Trump! is a somewhat fraught proposition.

Were talking about a man whos called Rosie ODonnell a fat pig, Mexican immigrants rapists, and dismissed a difficult line of questioning from a female moderator as being linked to blood coming out of her wherever.

Those are the kinds of lines Conway is hoping to help Trump steer clear of, much as she coached Congressional Republicans to stop uttering such politically suicidal lines as Todd Akins comment about legitimate rape.

With Trump, such lofty goals may be hopeless. No sooner had Conway begun to insist in interviews that the pivot that hes made is on substance, than he proceeded to make a mockery of her claims.

After she declared on ABC News This Week With George Stephanopoulos, that Trump doesnt hurl personal insults, for instance, he went out the next morning and cattily attacked the hosts of MSNBCs Morning Joe program, Joe Scarborough and Mika Brzezinski, doubling down on the sexist rhetoric thats come to characterize his campaign. Tried watching low-rated @Morning_Joe this morning, unwatchable! Trump tweeted. @morningmika is off the wall, a neurotic and not very bright mess! In a follow-up tweet he referred to Brzezinski as her cohosts very insecure longtime girlfriend.

With only two months left before the election and with Trump trailing Clinton significantly in the polls, one thing is certain: this is his last best chance to have any shot whatsoever at winning.