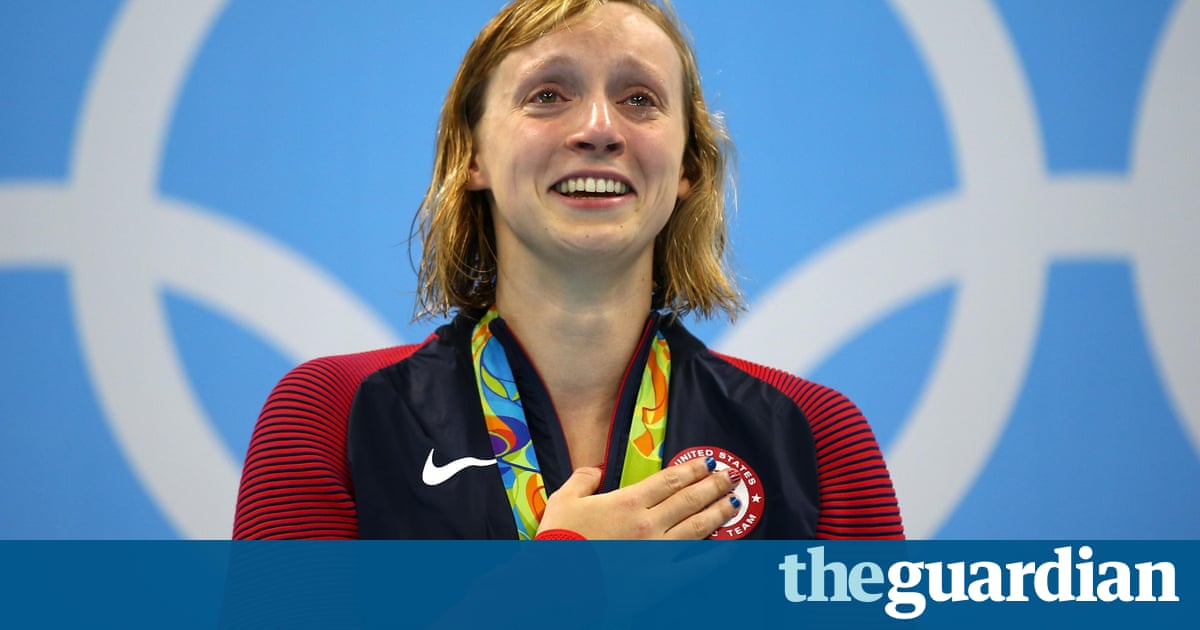 Rare is the Olympic pool not awash with successful American swimmers and the 2016 Games have stayed faithful to that tradition. By way of variation there was only silver for the incomparable Michael Phelps on an eventful night of competition but the Star Spangled Banner was otherwise played on a loop.

There will be few better stories of triumph from adversity at these Games than Anthony Ervin, who won gold in the 50m freestyle 16 years after achieving the same feat at the 2000 Games in Sydney. In between the 35-year-old has battled addiction to drink and drugs and considered taking his own life, even selling his previous gold medal on eBay in 2004 and donating the money from the sale to the Unicef tsunami relief fund. During his rebel days he also played guitar in a band, was involved in a high-speed chase with police and lost all his money.

A return to college eventually rekindled his love of swimming and the rest is destined to become Olympic legend. Ervin became the oldest Olympic swimmer ever to win an individual event; his 16-year gap between medals also equals the longest gap in Olympic history. He missed the birth of his first daughter because of his training schedule but has never regretted his decision to return to swimming. I just wanted to swim, he said, dedicating his medal to all the people who have supported me through the highs and the lows.

The most dominant performance of the entire week, however, was delivered by the prodigious American teenager Katie Ledecky. Not even Britains Adam Peaty in the 100m breaststroke could match Ledeckys destruction of the field and her own world record in the 800m freestyle, the 19-year-old smashing her previous best by almost two full seconds. She was so far ahead by the end that Britains Jazz Carlin might as well have been the entire length of the Amazon behind her.

The remarkable Ledecky is the past, present and future rolled into one and already has five Olympic golds and 13 world records to her name, with the ability to add to that record. With four golds and a silver she is the joint most decorated athlete in Rio along with Phelps. What shes doing is ridiculous … its pretty incredible to watch, said Phelps, who should know. In her slipstream, yet again, was the determined Carlin, who collected her second silver medal of the Games as further reward for her perseverance after illness ruined her prospects at the 2012 Games. The Welsh swimmer has not always had it easy, losing her funding after London, but her affectionate nickname of Pitbull is well earned. Ledecky may have been out of sight but at no stage did Carlin give up the fight.

Phelps attempt to win a fifth gold medal in Rio, however, was narrowly dashed by the unheralded Joseph Schooling, who claimed the first-ever Olympic gold medal for Singapore by winning the 100m butterfly. Afterwards he credited Phelps for inspiring him. I wanted to be like him as a kid; a lot of this is because of Michael. Hes the reason I want to be a better swimmer. Winning one gold medal is nuts; I cant imagine winning 22 or 23. Among the onlookers was the president of Singapore and the 21-year-old admitted it would take a while to come to terms with his achievement. Its crazy, it hasnt sunk in yet, said Schooling. Ill need a couple of days to digest what has happened. Phelps finished in a three-way tie for silver with South Africas Chad le Clos and Hungarys Laszlo Cseh.

There was a further American gold in the 200m backstroke for Maya DiRado, who edged out Hungarys Katinka Hosszu by 0.06 seconds. Even the consistently successful Hungarian, who has now won three golds and a silver in Brazil, is based in California. There will be one final opportunity for American success on the last night of competition when they can beat their performance in London four years ago, although British swimmers may prove a stubborn obstacle. Fran Hansall qualified fourth fastest for the womens 50m freestyle despite a problematic trip to the aquatics venue after the driver of her bus headed for the athletics venue instead.