The musician and feminist activist, 47, on having pen pals, being the face of Riot Grrrl, and her fear of alligators 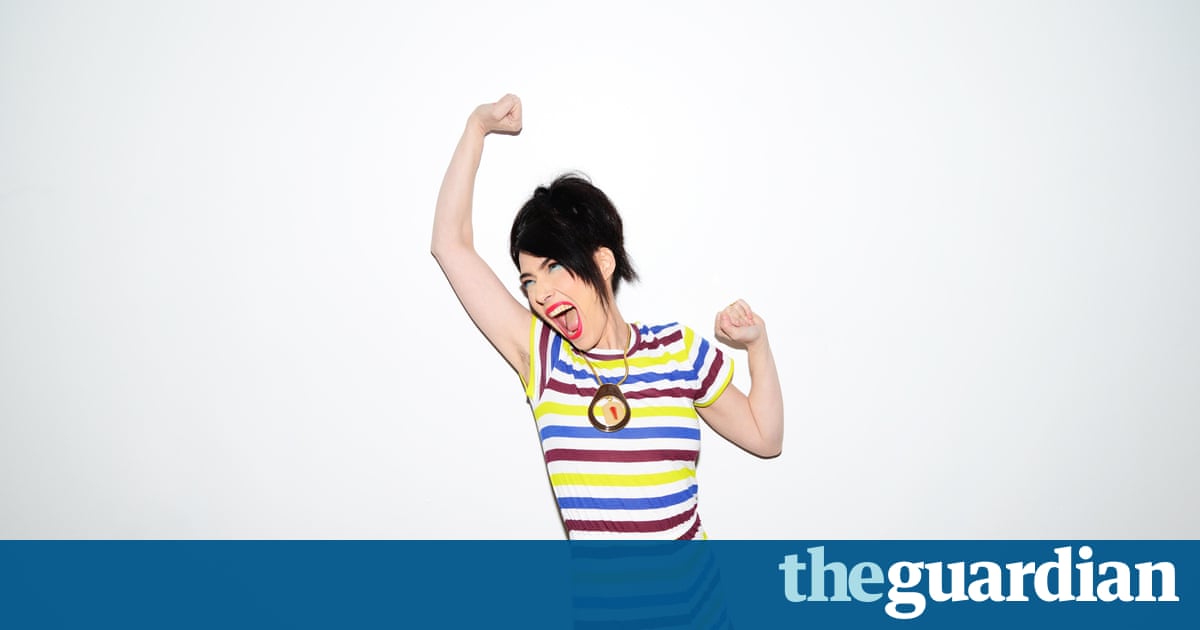 When people focused on me as the face of Riot Grrrl, I was surprised. I was in my band, Bikini Kill, and I was also a stripper. I needed to be myself and do what I need to do, which was to make enough money so we could get the engine of our bus fixed and go on tour. But who could want a better role model than a punk rock stripper with sexual-abuse-counsellor training?

I look like my dad;we have the same eyebrows. Every time I look in the mirror, Im like: There you are. I still have to contend with his voice in my head, telling me that I dont deserve anything good to happen to me.

The first time I heard my voice in the recording studio, I freaked and ran out of the room. Id never been in a studio until Bikini Kill. I had to learn how to hear my own voice. I recorded my first solo project in my bedroom.

Alligators are my biggest fear. Imagine being in the water and suddenly seeing two beady eyes. Just the thought makes me feel like Im going to throw up. But around the house, I pretend Im an alligator and sneak up from behind the furniture. Im trying to desensitise myself.

I never thought of myself as a musician, rather a feminist performance artist who played someone in a band. I thought I was bringing performance art into punk music, while talking about feminism and violence against women. A big part of it was writing to kids who were having a hard time and didnt have anyone to turn to.

I once hit a guy who was harassing women at our show. He called the cops and the promoter hid me, but while he was doing so he groped me. I want to see men come together and say: Were not going to stand for this either.

When parents abuse their children, they make them feel like theyll become an abusive person, too. I cant imagine doing that myself, but at the same time, I need to work it out so Im not doing it in manipulative and creepy ways.

Miley Cyrus is a real talent. I love her song The Climb. I first heard it in the dentists office when I was going through a particularly hard time. I just hope she lays off the bong and doesnt hurt her throat.

Ive had the same pen pals for 25 years. I started responding to peoples letters because I had training as a sexual-assault councillor. I wanted to encourage them to get local help and not just write to a singer from some random band. I think they just needed to know they werent alone.

As a teenager I had a crush on Marco from Adam and the Ants. When I started dating my husband [Adam Horovitz of the Beastie Boys], it was kind of secret. When I told my mum I was dating a musician called Adam, she went all quiet and said: Uhhhh, youre dating Adam Ant?