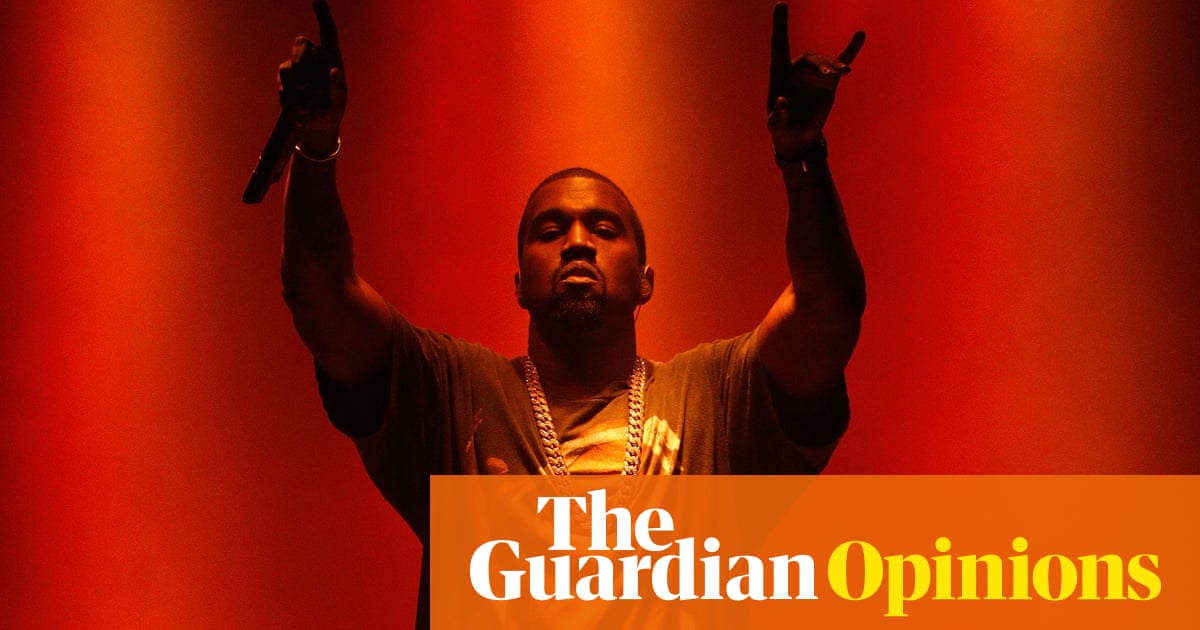 It has not been a good week for the “Kanye West is a genius” theory. It may well be the case that the rap artist is being judged more harshly than a similarly ill-informed white musician would be, and there’s no doubting his creative talents, but in a single sentence of breathtaking ignorance he has surely placed himself permanently out the running for the position of genius.

“When you hear about slavery for 400 years… for 400 years? That sounds like a choice,” he told the entertainment news website TMZ. “You was there for 400 years and it’s all of y’all? It’s like we’re mentally imprisoned.”

The enslaved – who in fact launched about 250 slave revolts and rebellions from the 17th to the 19th centuries in North America alone – made the choice, West believes, to remain slaves. If Kanye West is what now passes for a genius then the problem of grade inflation is getting out of hand.

If, rather than a Los Angeles superstar, West was an LA cabbie, driving the freeways spouting ill-informed theories about slavery, or ranting on about what a great guy Donald Trump is, we’d just ignore him. We’d sigh, slouch back into our seat and pretend to be reading emails on our phone or looking out of the window. We’d tune out the white noise of asinine, internet-assembled factoids. The same “just ignore it, don’t take the bait” strategy is what allows millions of family gatherings to end in hugs and handshakes rather than acrimony and shouting.

Yet we struggle to edit out this sort of babble when it emanates from the mouths of the rich and famous. Instead, we check our phones for their newest and dumbest statements, and inexorably the latest brain farts of West, Morrissey, Trump etc rise up our news feeds.

The advertisers and their algorithms have, of course, spotted our weakness. There is no better clickbait story than a juicy report of a big-name celebrity saying the unsayable. Such stories are up there with the very worst the sidebars of shame have to offer – the bikini pics and “you won’t believe what they look like now” stories. They work as clickbait because of us, and our inability to not take the bait.

At his worst, West is like a three-year-old trying out swear words, convinced he’s an innovator; saying what has never been said to a shocked and culturally backwards world. Like a pampered toddler, he keeps going because he has so often been reassured that his every utterance is of profound insight and earthshaking importance. West’s trite observations that American society is characterised by a certain enthusiasm for consumption and consumerism are celebrated as if they were the radical theories of a Left Bank philosopher. Supporters of the West is a genius theory act as if no one before him had ever noticed that Americans like buying stuff.