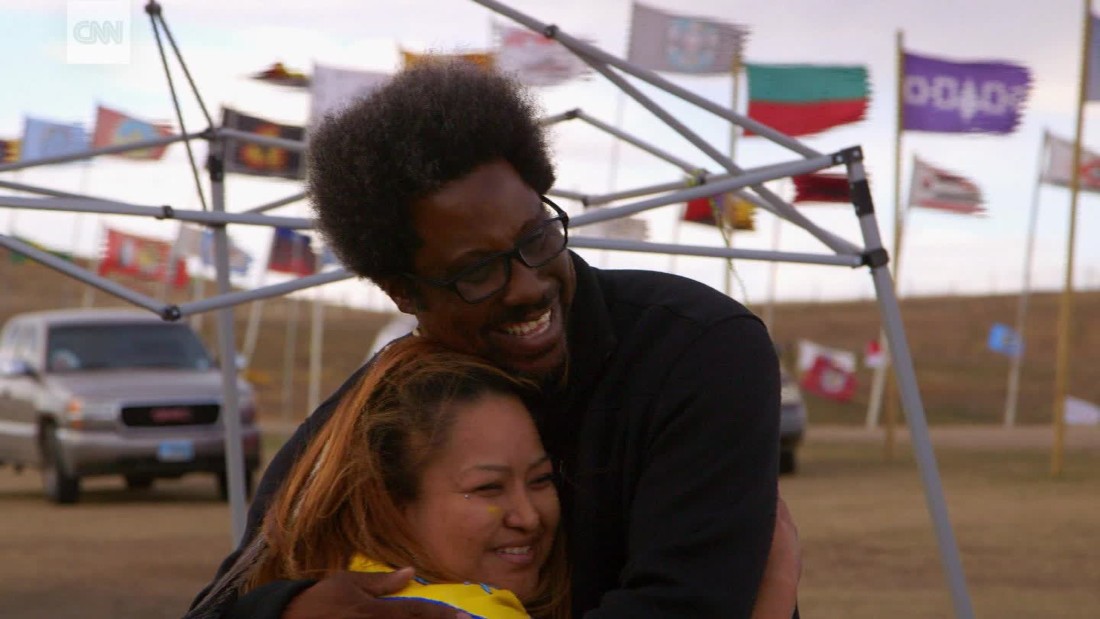 (CNN)Earlier this week, Sen. Orrin Hatch, in discussing a proposal for a new monument that had been requested by five tribes native to the United States, said something that should have been reported far and wide. It was something so egregious it should have led those close to him to tell him to sit down and take a few deep breaths before speaking again. It was so nonsensical and offensive that even President Donald Trump should have said, “Are you kidding me? Who talks like that?” 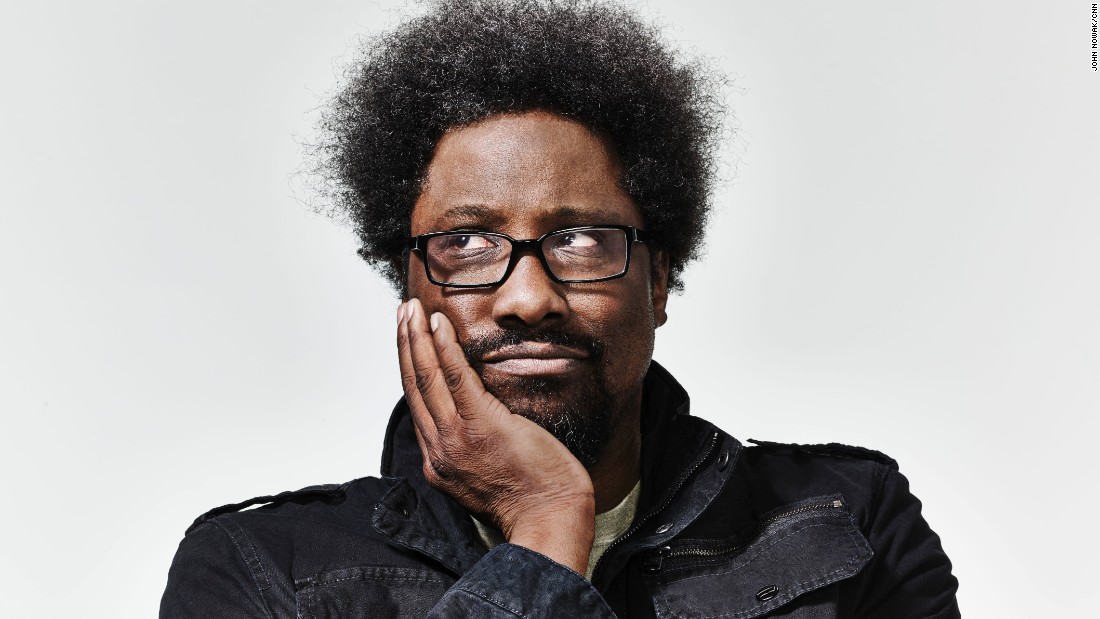 In advocating for his own (and Trump’s) plans for the land where the indigenous people of this country instead want a monument, Hatch said, “The Indians, they don’t fully understand that a lot of the things that they currently take for granted on those lands, they won’t be able to do if it’s made clearly into a monument or a wilderness,” And as if that wasn’t enough the senator from Utah went on to say, “Once you put a monument there, you do restrict a lot of things that could be done, and that includes use of the land. … Just take my word for it.”
So let me get this straight. Hatch not only doesn’t believe that these five(five!) tribes are capable of understanding what they want and what is ultimately good for them, but the senator also wants them to … take his word for it.
Well unfortunately for you, senator, the word of the US government hasn’t historically meant much — if anything — to Native Americans. Since its inception, the government has broken and coerced treaties with hundreds of Native American tribes. And this is even worse when you realize that the native peoples of this land are negotiating for land that is by all common sense and elementary school logic their land. Because no matter what Woody Guthrie’s famous song says, this land is not your land or my land. That is unless you happen to be a member of one the 562 federally recognized tribes of this land.
I can’t imagine what it must be like to be one of the indigenous people of the United States of America. I can’t imagine watching the news every day — as people debate whose country this is and who should be in charge of it and how to make it great again — and hardly ever see your people brought into the discussion. As a black person in this country, I am always frustrated by the lack of attention my people’s issues get. But at least the news and politicians are talking about not talking about our issues. Native issues are basically ignored. 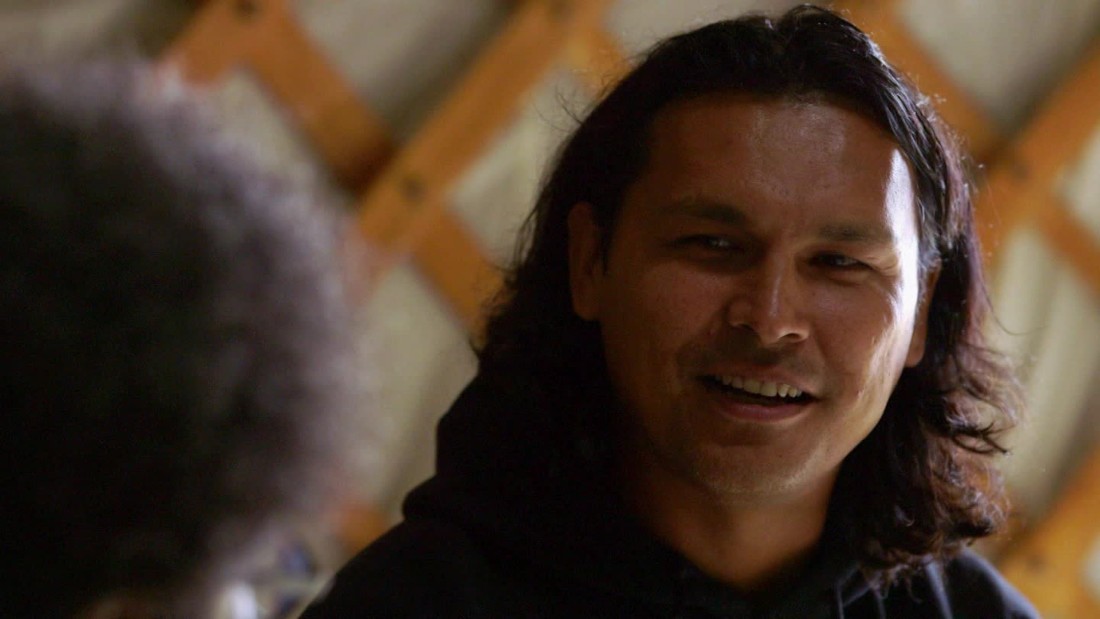 Actor on Native American roles: ‘They like us in the 1800s’

That was overwhelmingly the case until last year when the media began to report on the camps at the Standing Rock Reservation in North and South Dakota. But even most of them got that story wrong. The reports made it seem like it was just a dispute over land. It was, in part. But the bigger story was that the tribes came together to protect the water. And they weren’t just protecting their water, they were protecting everyone’s — because that’s how water works. The water that runs under Standing Rock is the same water that runs under the ground in cities that aren’t on reservations.
Tribes from all over — who have no direct contact with Standing Rock — showed up to help the people there protect what was already — and rightfully — theirs. And they did this for a multitude of reasons. For one, they knew the act of an oil company being allowed by the federal government to lay a pipeline under land that belongs to the Standing Rock tribe without the tribe’s permission was a symbol of how the government has historically and consistently treated native peoples. They also knew it wasn’t just a battle for land; it was (and is) a battle for millions of non-native Americans, who didn’t even know enough to show up and fight alongside of the native peoples.
This Sunday on “United Shades of America With W. Kamau Bell,” you’ll see me go to Standing Rock to see if I could hear what the real story was. I also spent time at the Pine Ridge Reservation in South Dakota, one of the poorest places in the country, to get a sense of what day-to-day life is like there
These were truly life-changing experiences for me. The unique nature of the action at Standing Rock combined with the honesty, pain and humor of all the conversations — including one with a mother and father on Pine Ridge whose son had beenkilledonly days before I talked to them — took my breath away and also somehow inspired me.
I talked with actor and activist Adam Beach about the challenges of being a native actor in Hollywood, an industry that as he put it wants his people permanently “back in the 1800s.” 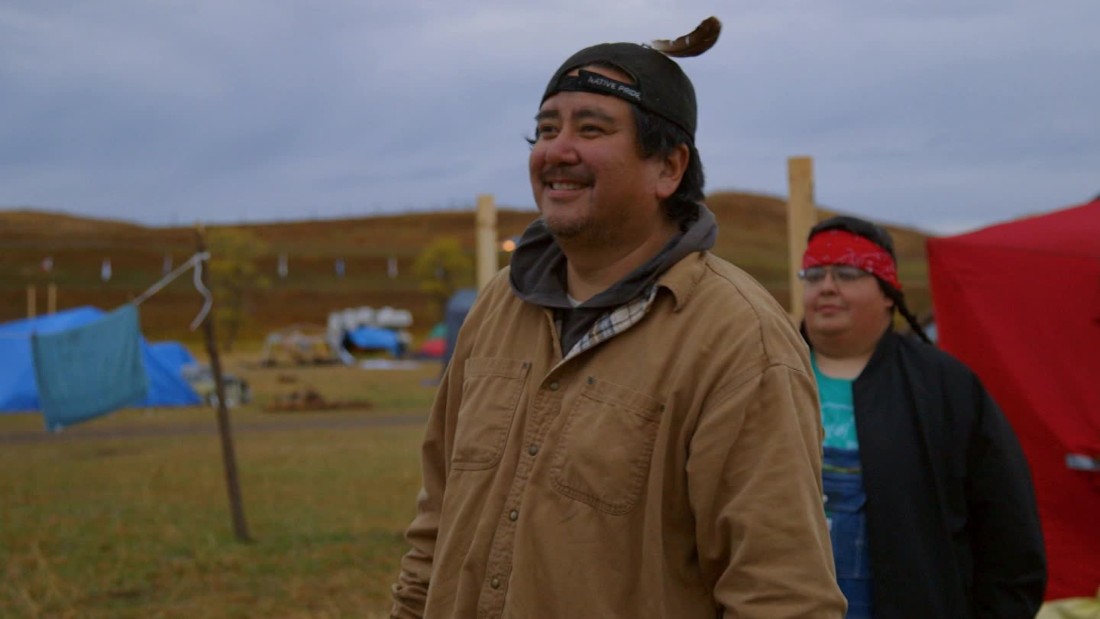 I spoke with activist and former congressional candidate Chase Iron Eyes about how he and his wife made the choice to move their family back to the Standing Rock Reservation, even though they had to downsize and sacrifice many of the big-city comforts to do so. They just felt pulled back home.
At Standing Rock, I even ran into my friend, activist and artist Ben Alex Dupris, who gave me a course in Tepee 101. And then he and his friends gave me the gift of an experience I’ll never forget.
When you watch the show (and I know you will!), you will see we were at Standing Rock last year when the camps were at full strength. Acres of land were covered with tents and, yes, tepees. It had the joyful, energized feeling that I think people try to capture at Burning Man and Coachella, but the main difference being no one was appropriating culture here. The headdresses and clothing were all being worn by the people whose ancestors had designed those originally. And also, at Standing Rock, no one was taking a break from their regular life to have fun and see some bands. The various tribes were there on a mission.
And let me be clear, they still could use our help in their attempt to help all of us. And not just because of ignorant, condescending and IMHO racist slights by Orrin Hatch. They need our help protecting our water. One of President Barack Obama’s last acts was to stop construction of the pipeline. But one of Trump’s first acts was to start it back up again.

And on Wednesday, it was reported that the Dakota Access Pipeline leaked 84 gallons of oil in early April. Most media outlets described it as a “small leak” that was cleaned up quickly. I know small is relative, but do me a favor. Go buy 84 gallons of milk and spill them in your living room and tell me how small that is. And see if no matter how much Febreze you use, you’re not smelling fetid cheese for the rest of your lease. And remember, the pipeline is not even fully operational yet, and it’s already leaking.
I haven’t asked the folks I talked to during the episode, but I’m sure none was surprised. After centuries of broken and disrespected treaties, nothing can faze you. And yet hope remains. But don’t take it from me. I’m just another non-native whose mom told him we were part-Cherokee. For once, let’s listen to them.